The plan for the trip home from Killin was to climb Ben Lawers. This was fairly near the campsite but just a little too far to walk there. I headed along the A827 and with a little trepidation I turned up the narrow winding one track road to the car park at the foot of the hill. Parked up and discovered another campervan of similar vintage sitting there.

It was starting to rain as I set off thus it was on with the waterproofs. The walk up the hill was strenuous but enjoyable. The route starts in a nature reserve. The National Trust for Scotland are trying to preserve some of the plant life and have a reserve fenced off from the sheep. This contains a nature trail that is a pleasant walk in itself but for me it was onwards and upwards. The route snakes up the side of Ben Ghlass first and then onto a wide path before the final ascent of Ben Lawers. The Mountain Weather Information Service promised clear summits but this was not to be. I was well into the cloud by the half way point. The path between Beinn Ghlas and Lawers runs along a flat and wide ridge but is was a surreal experience to look either side of the path and just see white cloud. I hit the summit and had a seat by the trig point for a drink and bite to eat.

Downwards then, passing several groups on the way up. Then back to the van and a complete change of clothes. The waterproofs are good at keeping the rain off but make you sweat something terrible.

The journey home was uneventful getting back to the house about 4pm to dump everything in the washing machine and sit down to contemplate another trip done. 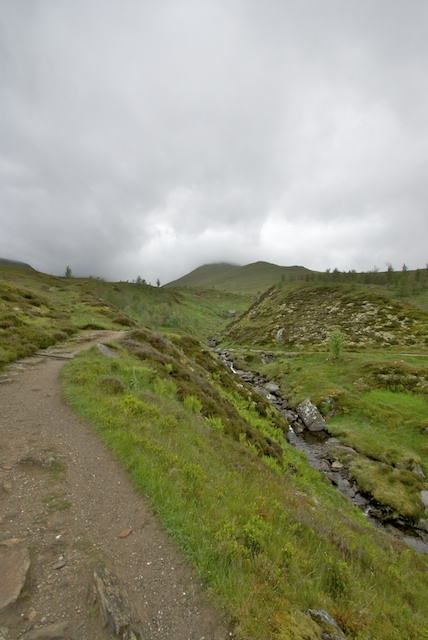 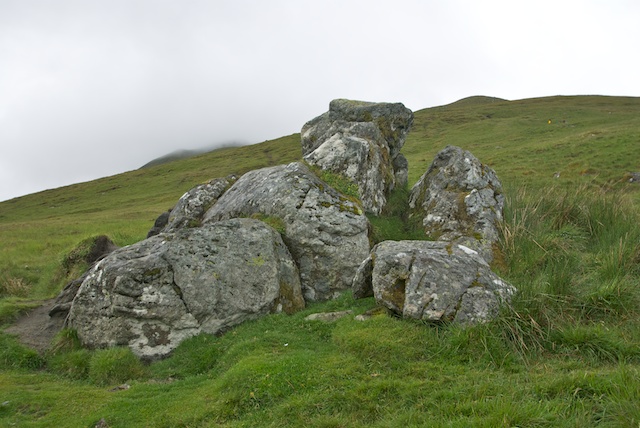 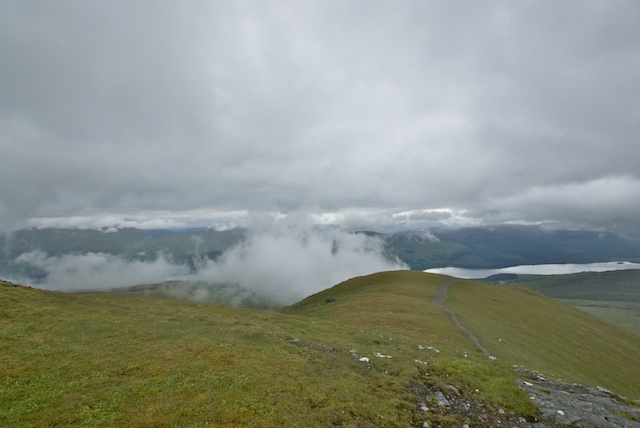 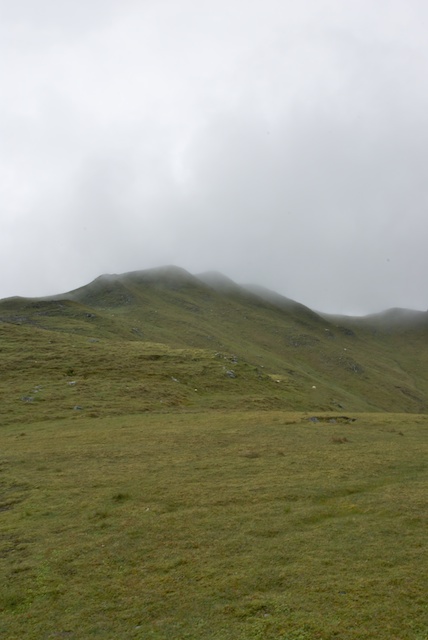 Second trip away in the van. This time headed up to Killin on the shores of Loch Tay. Same idea as before, took a half day Friday and after a bit of packing and a trip to the shops, I was on my way. There are still road works and attendant 40mph zone on the M9 but the trip up was uneventful. I had an idea of where I was going, even if the sat nav had other ideas. 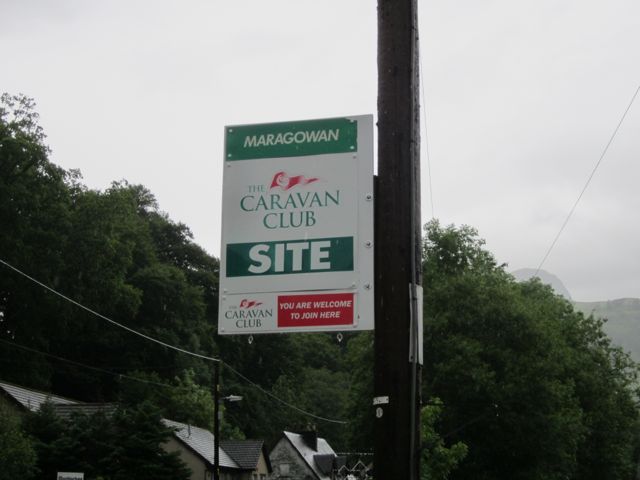 Got to the site about 4pm, picked a level pitch after three goes and proceeded to make camp. This time, the awning got the better of me. There was just enough wind to catch it an make it act like a sail. Gave up in the end so no awning this weekend.

After water and chemical toilet duties, I wandered into Killin to pick up some orange juice from the local co-op. then dinner was cooked and some Dr Who watched. This trip was “The Android Invasion” with Tom Baker.

For all it is June, it was a bit chilly. I had made the decision that I didn’t need to bring the electric heater. In hindsight, that was a mistake. I tried the gas heater and it struggles to heat the van though I presume if I had run it for a while, it would have been fine. The fan is sounding a bit rattly so kept it off for the holiday.

Saturday dawned with the traditional sound of a British camping holiday, rain drumming on the roof. It had been cold overnight but I was as snug as a bug in a rug in my sleeping bag.

Breakfast was made and teeth were brushed and then the serious business of settling down and relaxing was started. I had brought a couple of books with me and was planning on getting some reading done.

About 10am I pulled on the waterproofs and headed into Killin itself. The town is pretty small and only takes a short time to walk from end to end. I popped into the outdoor shop for the weather forecast (more rain) and a pair of gloves as I had managed to leave min at home. Wandering along, I came to the folklore centre which was shut and looked permanently so. 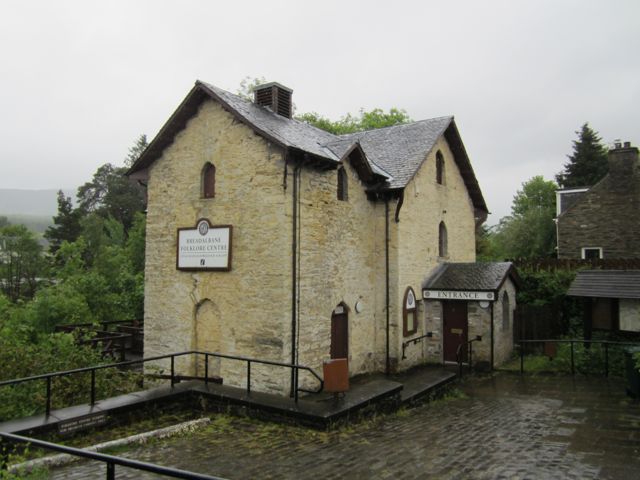 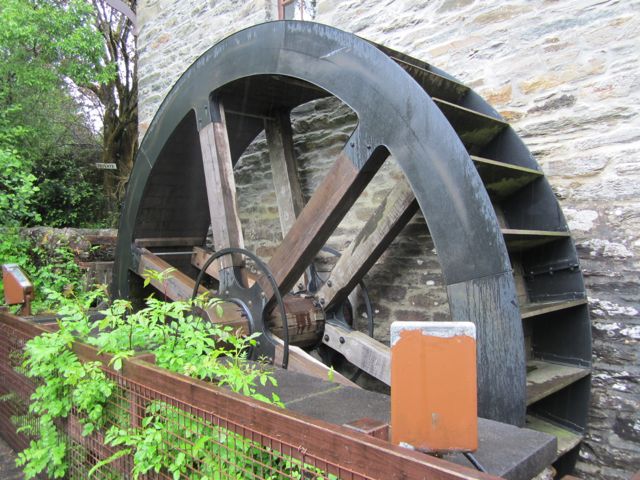 The falls of dochart were next so some time was spent in contemplation of them. Then more time was spent watching the traffic navigate the single track bridge. This really needs a set of lights as you cannot see one end from the other. 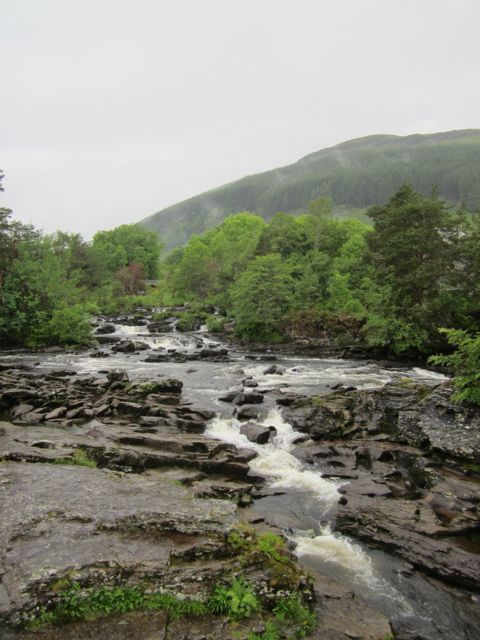 Next on the list of visitor attractions was the Moirlanich Longhouse. Shut as well but worth seeing and next to a somewhat impressive sub-station. 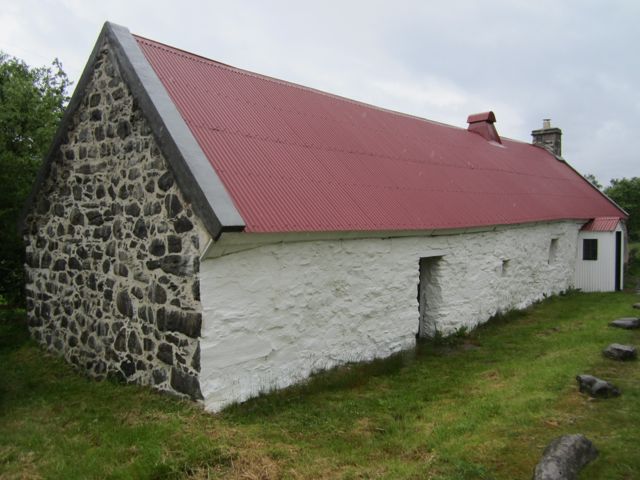 Back to the site and the now wet waterproofs were left in the drying room before a sandwich, with cashew nut butter – highly recommended, was consumed. I bought some of the papers in town and it was entertaining to see the doom and gloom. Matched the weather.

More reading and a quick nap was followed by dinner which was properly cooked this time and had the benefit of heating the place up a bit.

Dishes done, Dr Who watched it was time to settle down snugly in my sleeping bag to listen to the rain.

Woke really early on Sunday morning but some serious effort was put in to snoozing a bit longer so it was up at 7:30am to make breakfast and break camp. This was achieved in a fairly relaxed fashion and after saying goodbye to the wardens, I was on my was at 9am.

One of the tasks that happens on a yearly basis is the cleaning of the water system. This involves filling the tank with a solution of PuraClean, running it through the taps then leaving it for a while. Usually about six hours or so. Then, drain the system down and fill with clean water and flush through.

I don’t drink out of the water system, this isn’t recommended but this year I’m hoping to get to some more out of the way sites and some of them don’t have toilet blocks so a functioning and reasonably clean water system is essential.

The water system itself is interesting. It works by being having a pump keep the system under pressure. When a tap is turned on, the pressure drops and the pump starts working.