The weather was good so it was off for a weekend away in one of my favourite parts of the country, Northumberland. Plan was to visit Bamburgh Castle on the way down then pitch up at Dunstan Hill Camping and Caravanning club site for the weekend and do some walking.

And with that, on the Friday it was off early via Sainsbury’s and on the the A1 south. With a quick refuel on the way, it was an fairly uneventful journey to the turn off for the Northumberland costal road. And in only 1 1/2 hours, I was at the gates of Bamburgh Castle. 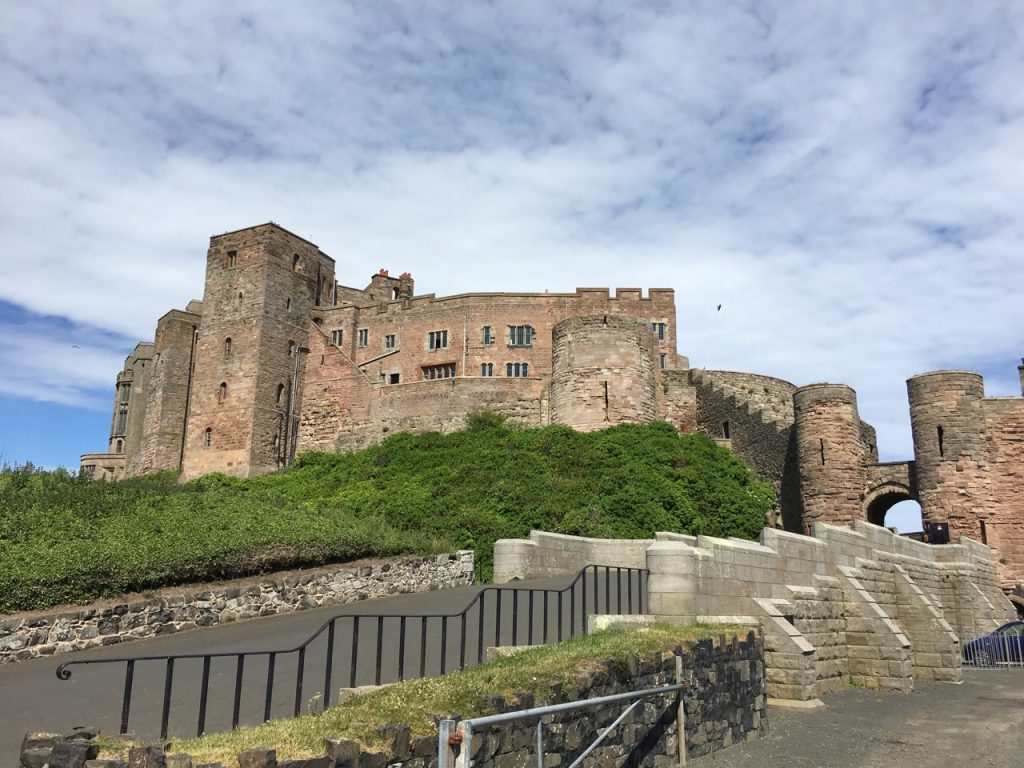 It was at this point I realised that I’d left the battery for my camera at home.

Never mind, it was a chance to gain some iPhone photo skills. Bamburgh Castle has been there for quite some time dating way way back. However in recent (e.g. late 19th early 20th) century it was turned from a castle for kings and earls in to a home for the first Lord Armstrong, an engineer who wanted to turn it into a respite home but sadly died before the work was complete. it remains a home of the Armstrongs and these days is more home than castle.

Inside there was an Armstrong museum with some artefacts from his company. The state rooms and tower are now home to the collection of furniture and alike that has been acquired over the years.

Lunch was had with an impressive view from the car park

And then on south to the campsite. This was along some fairly narrow and twisty roads but taken at a reasonable speed it was a lovely drive as the sun was well out and there were some impressive views.

Just south of Embelton, The site is on flat open ground surrounded mostly by farmland. It looked fairly busy when I arrived but I got a pitch next to the loos and set about putting up the new canopy that I’d bought to replace a damaged awning. This didn’t take long but did require a read of the instructions.

Then one of the fun things about being on a campsite in the good weather, opening all the doors and windows and having a snooze in the sun.

The other nice thing of course, is reading in the sun. I had a few books to make my way through and was making a determined effort to read them.

Just being past midsummer, night fell late but the camp quietened down from about 10pm and I was in bed with more reading.

I awoke early but morning on the Saturday was a bit chilly so it was on with the heater and back to sleep for a bit. When I finally surfaced, had breakfast and showered, it was on with the hiking boots and off to Dunstanburgh castle. This was along a coast road by a golf course. The castle itself looks somewhat imposing on the cliff face even though by today it is mostly a ruin. More iPhone photography followed. 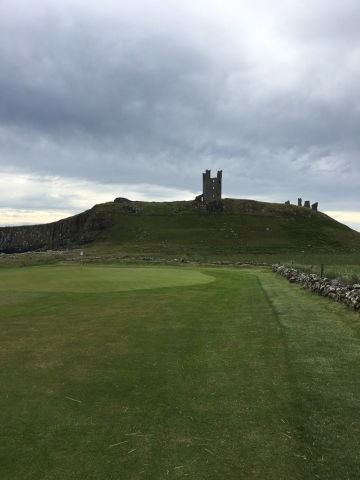 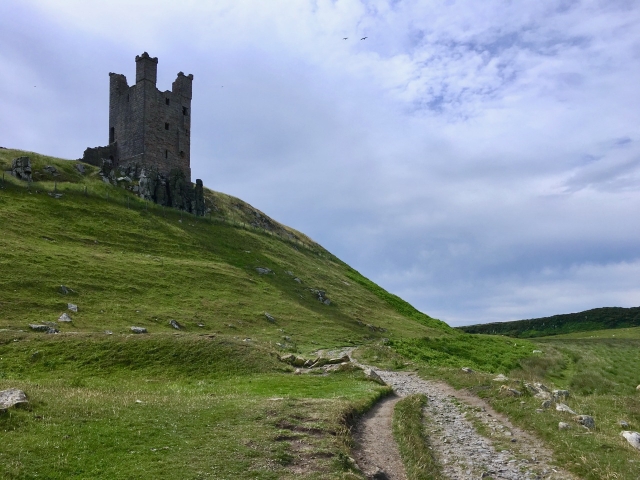 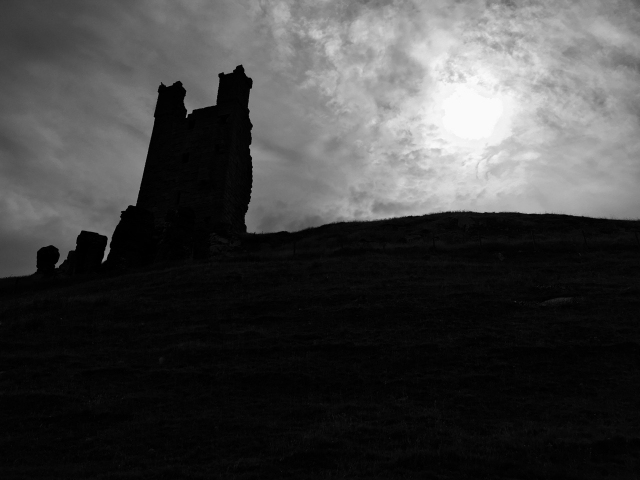 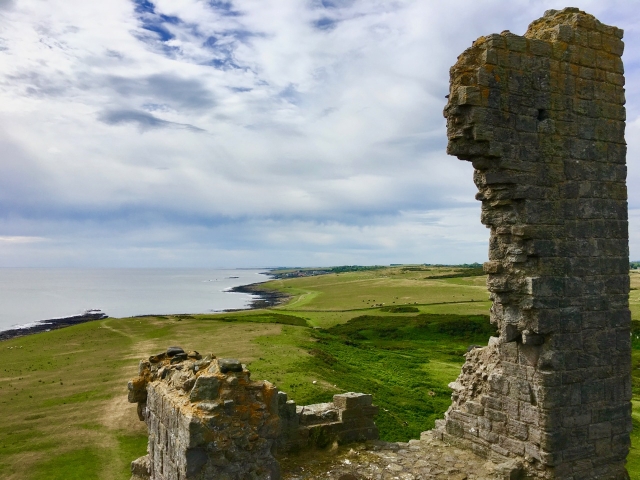 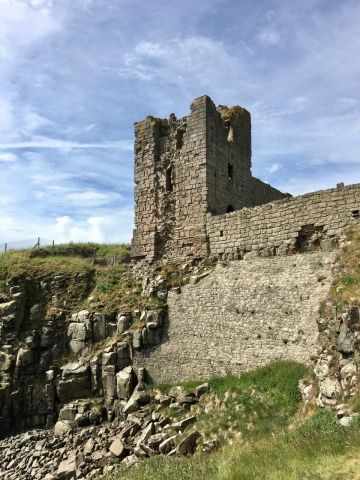 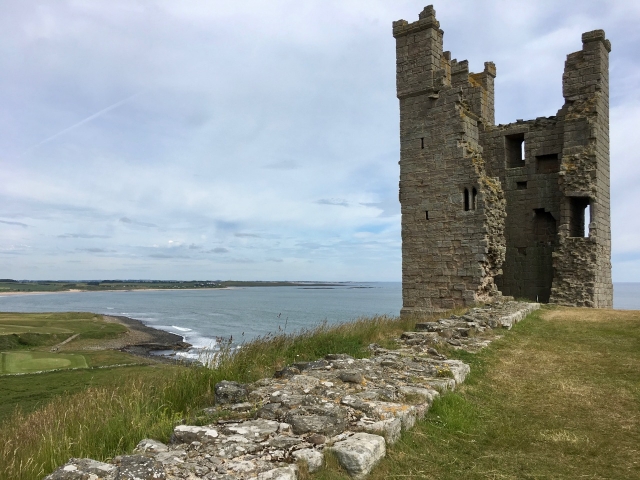 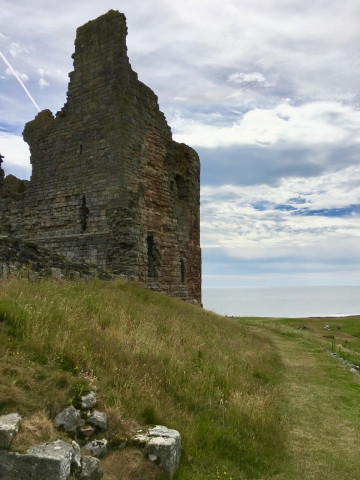 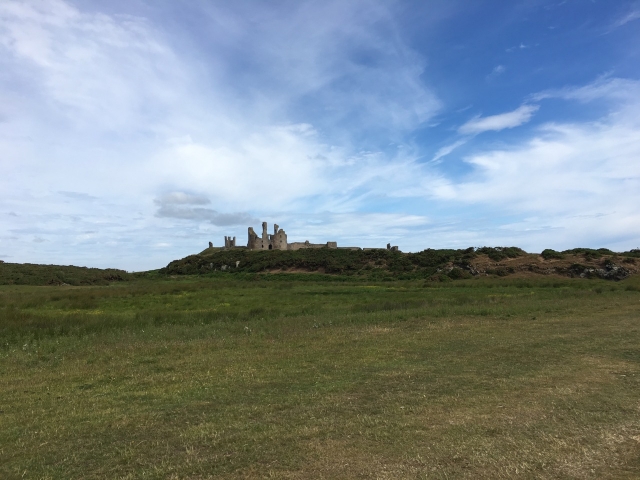 After the castle it was on south to Craster. This is a small fishing village that caters to the tourist trade now. I passed by a gallery and couldn’t resist popping in and picking up a fabulous photo of a rainbow at dawn over Bamburgh Castle. After the gallery it was on to the tourist information and more souvenirs bought. Then on through some fields and back to the van for lunch.

The sun was well out and the van was hot even with the windows open. I managed to get to the end of the book I was reading (“Bulls**t Jobs, A theory” by David Graeber) and on to a book about how to find silence in the world. I find this to be important as I’m the sort of person who gets a bit frazzled if I’m in busy company for long periods of time. That’s part of the appeal of the van and camping, I leave most of the technology of the world behind, no Facebook, no Twitter. Just a few books and a minor concession of a 3DS.

Since I had the canopy up, it was time to cook some steak outside on my grill plate for dinner. this turned out very nice and was eaten al-fresco watching the other campers (including a brilliant T25 AutoSleeper Trooper which seemed to have 2 adults and 6 kids in it) do their thing.

Sunday was another early one and by 7:30am I was on the road home. I had the A1 to myself for most of it and it was a relaxing drive .

All in all a lovely weekend away. Got some sun. Read some books and visited some Castles. Can’t be better.