Summer holiday this year was to be shorter than normal in line with the idea of taking more breaks spread throughout the calendar. With this in mind, it was off down to the Lake District to a beautiful campsite just outside of Keswick, Castlerigg Hall. I’ve been here before to do some walking so it was nice to head back.

After the usual stop at Sainsbury’s to pick up supplies the journey down the A702 and A74(M)/M6 was uneventful apart from the usual congestion at the junction 40 turn off for Keswick. The A66 was having some road works but it was just under 3 hours to the campsite.

The weather was fantastic. The last time I was here, the rain wasn’t taking time to fall but on arrival this time, the sun was out and it was really rather hot. I was assigned to a pitch near the tent field which was slightly sloping so it was out with the levelling chocks to try and get the van on an even keel. This did mean that I couldn’t turn the driver’s seat around as that means taking the handbrake off. I had to pick up some grass pegs to get the wind-out awning out since the pitches here are quite small and the awning extended onto the grass verge.

The rest of Monday was spent sitting in the shade reading. I’d brought along a few books that I was trying to finish off and today’s reading was “Ten Arguments for Deleting Your Social Media Accounts” by Jaron Lanier. This is a fairly short one of only a couple of hundred pages. But it adds to the discussion about whether Social Media is a good or not. For me, camping is a way to get away from the internet in general though there was a bit of browsing of the BBC on this trip with government resignations and football.

There was a nice cool breeze in the shade and I got a fair way through the book before stopping to make some chicken for dinner. After eating, the weather was still so good that I got out the deckchairs and went to sit with the other campers on the recreation with the lake view. Lovely evening. And as the sun went down we were treated to a light show 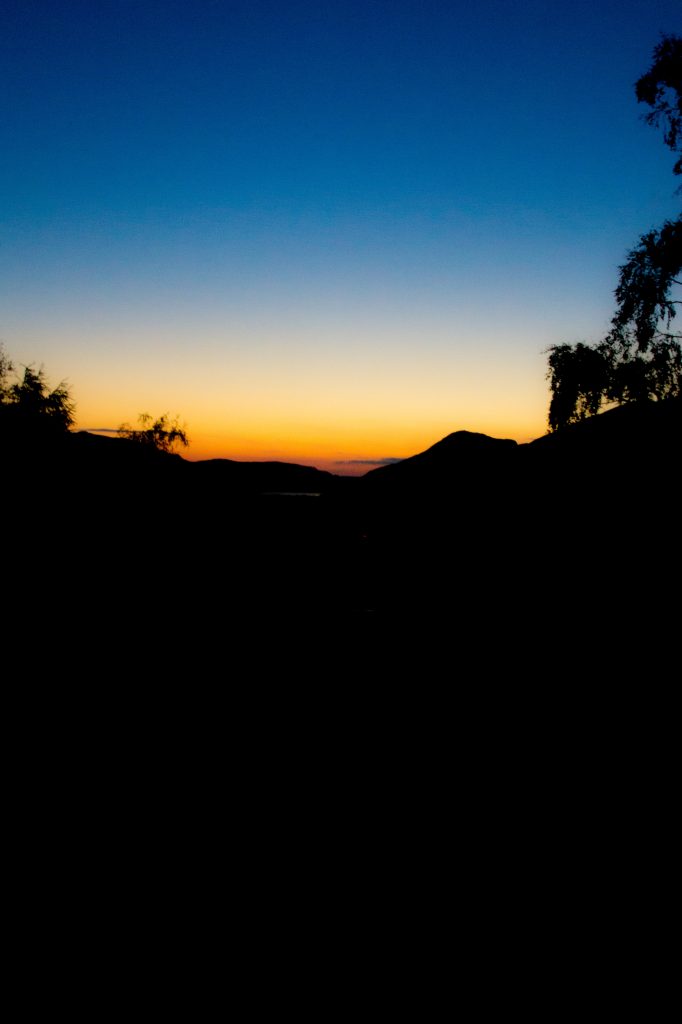 Tuesday started after not a great night’s sleep since it was so warm and the van was still slightly tilted down at the back. I wasn’t feeling brilliant either and with cloudy weather forecast for the morning (with about 10mins of rain as well) the walking was postponed for a day and it was into Keswick proper instead. First port of call was the Derwent Pencil Museum. A fascinating concept for a museum but it really tells the story of pencil manufacturing round the Lake District after the discovery of graphite in the 1500s. The museum was small but interesting and informative. One of the most fascinating things on show was a pencil made during the second world war that concealed a map and compass.  The centrepiece was the world’s largest pencil. The museum shop would be heaven to anyone who draws with every kind of pencil on sale. 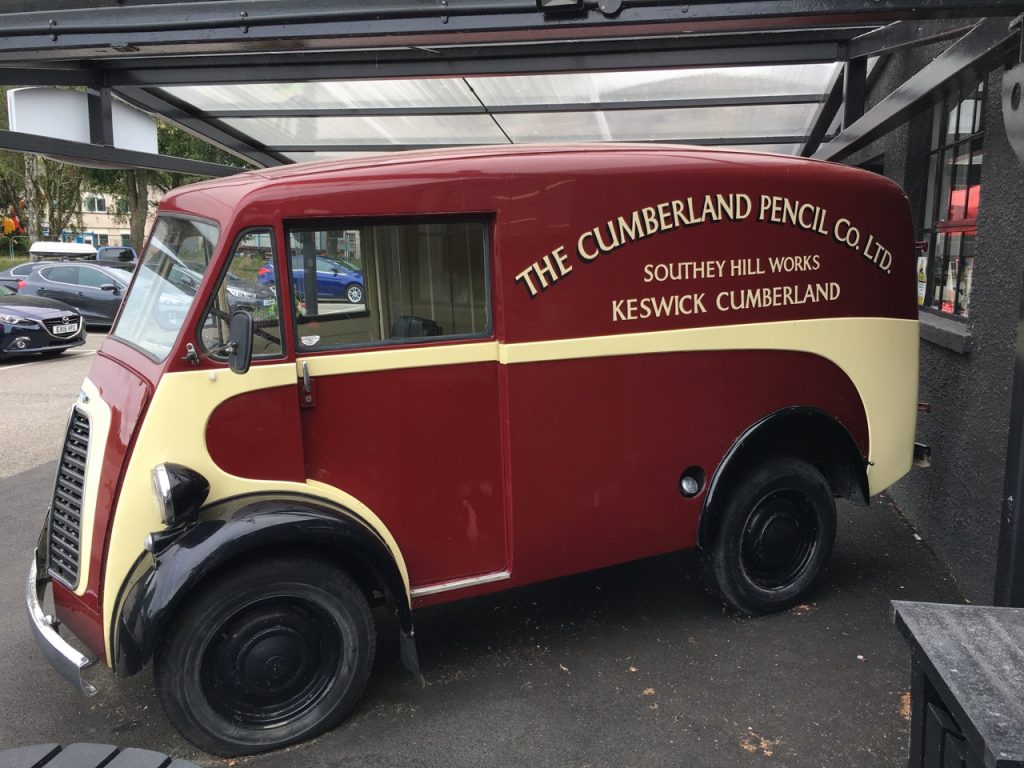 After the museum I wandered round Keswick doing a little shopping and taking in the ambiance. The next port of call was the Keswick Museum which had a Man and Mountain exhibition on Chris Bonington. Short but inspiring to take more adventures in life, even if not climbing mountains. I also picked up some fridge magnets to add to the collection.

Bus back to the van and since I was still feeling a bit under the weather, there was some serious napping to be done. More reading and then, since the campsite has a well-stocked shop, I picked up some frozen chips to go with the fish I was having for dinner. These took longer to cook that would have been ideal but nice none the less.

I finished off “Ten Arguments…” and made a start on completing “Red Sparrow” by Jason Matthews. I’d missed this at the cinema and was keen to read the book before it came out on DVD. This book was a slow burner but was really picking up as I got to the end.

Wednesday I was feeling better but still not sleeping well in the heat. For bedding I have a Duvalay but this doesn’t really seem to be working for me so I may invest in some proper bedding for the van rather than a sleeping back or alike.

As promised by the weather forecast, the sun was out so while suiting up for the walk I made sure of pouring at least 1.5l of water into the hydration bladder.

Setting off anti clockwise round the lake, I was instantly regretting not putting shorts on. There were a fair few hikers out on the main path but when I turned off for Bleaberry Fell, I was alone and as it always the case in these situations, the chatter of the monkey mind was beginning to settle. I’ve always found the hiking in the hills is as good for the mental state as for physical conditioning.

There were some impressive views from Bleaberry Fell with the lake and the town laid out below.

The walk from the fell to High Seat would have been over a nasty bog had the weather not been so dry for so long. There were still some patches around but the going was good and it was an easy walk to the trig point at High Seat. I met some other walkers here heading in the other direction and we commented on how much easier this was without the bog. 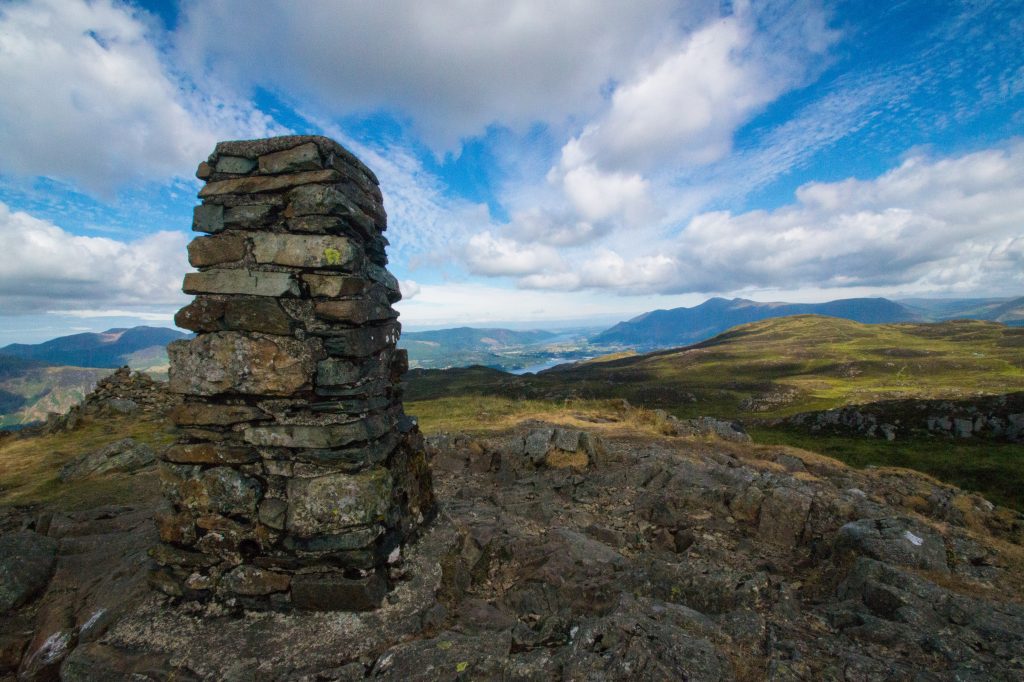 Off of High Seat I think that I took a wrong turn somewhere as I ended up on a downclimb over a crag that was really not something you would find on a marked path in the Lake District. At this point the holiday got expensive as I sat down to climb over a ledge and heard a crack. I’d sat on my phone and broken the screen quite badly. It was still working but….

Over the crag it was downwards to the NT hut for a bit of chat with the wardens (they did have a fire going in the hut!). The plan was to continue anti-clockwise round the lake and following the path to Surprise View it was then into some woods and a maze of twisty paths all alike. I dislike strongly trying to navigate in wooded areas as there are no distant landmarks to find you way by and it is too easy to end up on the wrong path. And so, it was I ended up on a path I wasn’t expecting but it did bring me out closer to the hotel than I expected. It was getting hotter and I bought and drunk in one go a 0.5l bottle of water.

Leaving the hotel, I was beginning to struggle. The idea of climbing Cat Bell was abandoned in favour of just walking round the shore. And then as if by magic, the lake boat appeared. I cut my losses and jumped on the boat for a lovely trip across Derwent Water.

Back in Keswick I passed a gallery selling photos of the Lakes and couldn’t resist picking one up. I’m going to have to start rotating the photos as I’m running out of wall space. When I got back to the van I was very tired. I’d drunk over 2l of water that day so far and was still thirsty. After a cooling shower I settled down in the cool of the van to finish “Red Sparrow”. An interesting twist at the end, I’ll have to look out for any sequels.

A steak was cremated for dinner and I spent the evening alternately reading and following the football on the BBC. I could hear the cheers and groans as the game ebbed and flowed. In the end England were unlucky but the consensus of opinion in the next day was that they’d done the country proud.

Thursday was time for the trip home. I’d asked about the motorhome service point but this seemed to be right in front of someone’s pitch and I didn’t fancy waking them up. Packing up took minutes and I was on the road home at 7:30am. Journey back was as uneventful as the journey there and I was back, unloaded and washing on by mid-morning.

All in all, a lovely trip. I should probably have got up earlier for the hike to avoid the worst of the sun but I saw some fantastic sights and had that calming experience of walking in nature so can’t complain. Just got to get that photo framed. 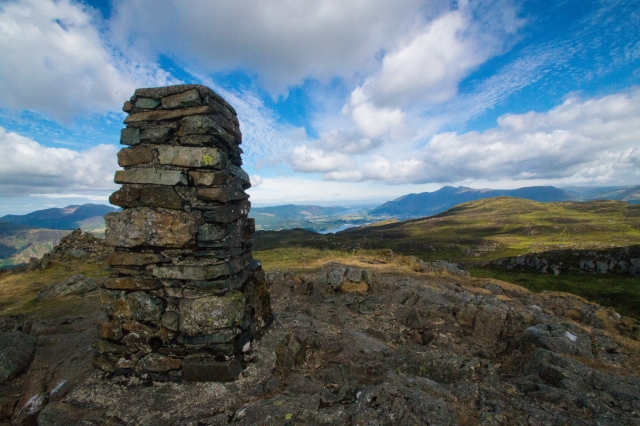 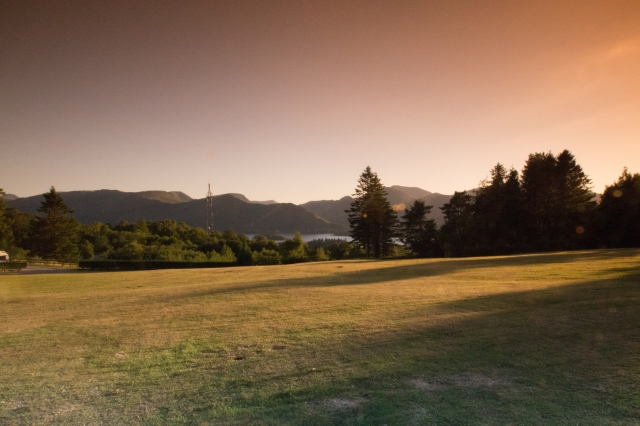 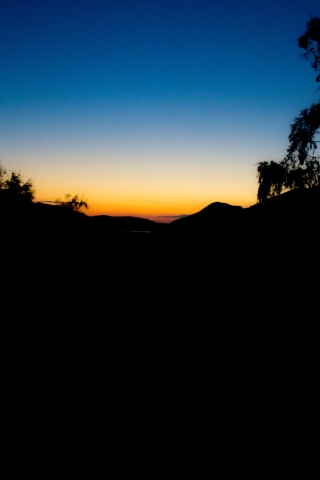 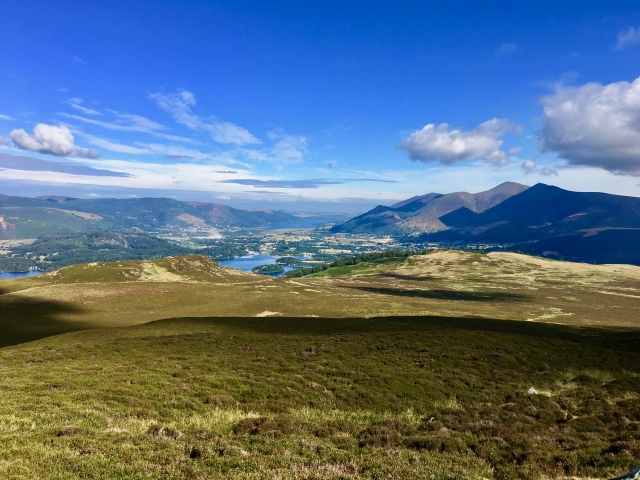 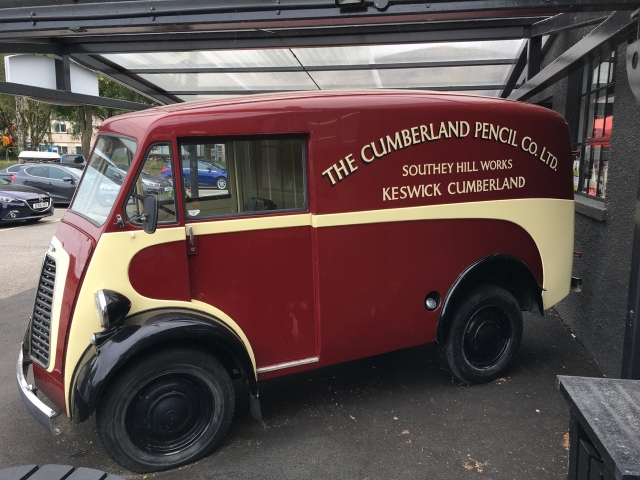