First weekend away in the Van. Easter has come early this year and the winter has lasted late so it was going to be a cold one. The main point of the journey up to Callander was to go to my friends wedding and then possibly to do a little hill walking.

Set off on the Sunday towards Callander and arrived with no problems other than the usual argument with the Sat Nav. For some reason it was wanting to take me one junction further along the M9 and onto some B road with four numbers. From experience, this is never a good thing so I decided to overrule it and take the A84. This is major road with only the narrow bridge in Doune providing any choke point. Made good time and pitched up on a very busy Gart Caravan Site. 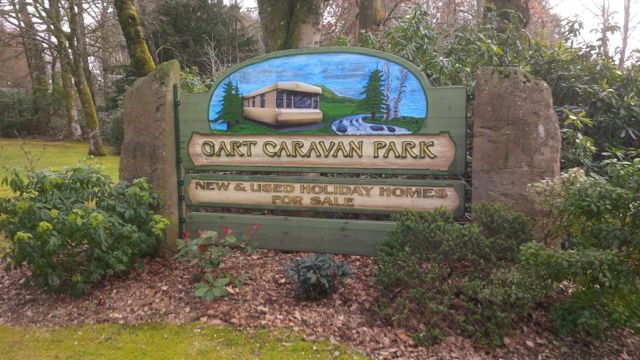 I picked a hardstanding pitch which were all serviced. Managed to get the awning up with only minor amounts of swearing. The trick seems to be to peg down the four corners first then raise it up section by section. Due to the cold, I decided not to fill the water system, indeed the people at the next pitch told me that their aqua roll froze the previous night. Electrics on, I got the electric heater going.

A rather nice dinner of fish then some friends who had also arrived early for the wedding sent a message to see who was about. Thus it was off to the pub (and the warm) for a few drinks and a horrible repetition of a Proclaimers song.

Heading home from the pub, I was able to walk through some unlit roads and was able to see the stars clearly as it was a totally cloudless night. You forget what the night sky is really like living in a city with lots of streetlights (and possibly light pollution depending on your point of view).

It was cold and the temperature was due to fall below freezing for the night so I was relying on my sleeping bag, new long pyjamas and warm socks to keep me cozy through the night.

Woke early the next morning having had a pretty good sleep and still being warm. Showered, breakfasted and dressed, I sat down to read for a while as the wedding wasn’t till after lunch.

At this point it started to feel cold. The gas heating was put on to try and heat the van but without good insulation it was just burning money so I decided to leave the site early the next day rather than stay on a do the walk. That was already out as the target, Ben Ledi, was covered in snow and ice.

The wedding was lovely, Roman Camp in Callander is a great location, the wedding breakfast (at 5pm) was tasty and the band played a mean tune. The few ceilidh dances that were played ended in chaos but that is half the fun. 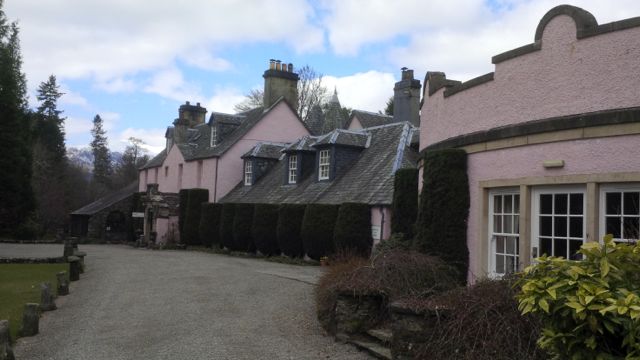 Midnight it was back to the van and back into the cozy sleeping bag.

Tuesday the 2nd was bright and clear and cold like the previous day. There was a leisurely decamp and about 11am I set off. First port of call on the way home was Doune Castle. This is a Historic Scotland property which was the singular distinction of being one of the filming locations for Monty Python and the Holy Grail. Well worth a visit. The audio tour is narrated by Terry Jones and describes both the castle and the filming there. 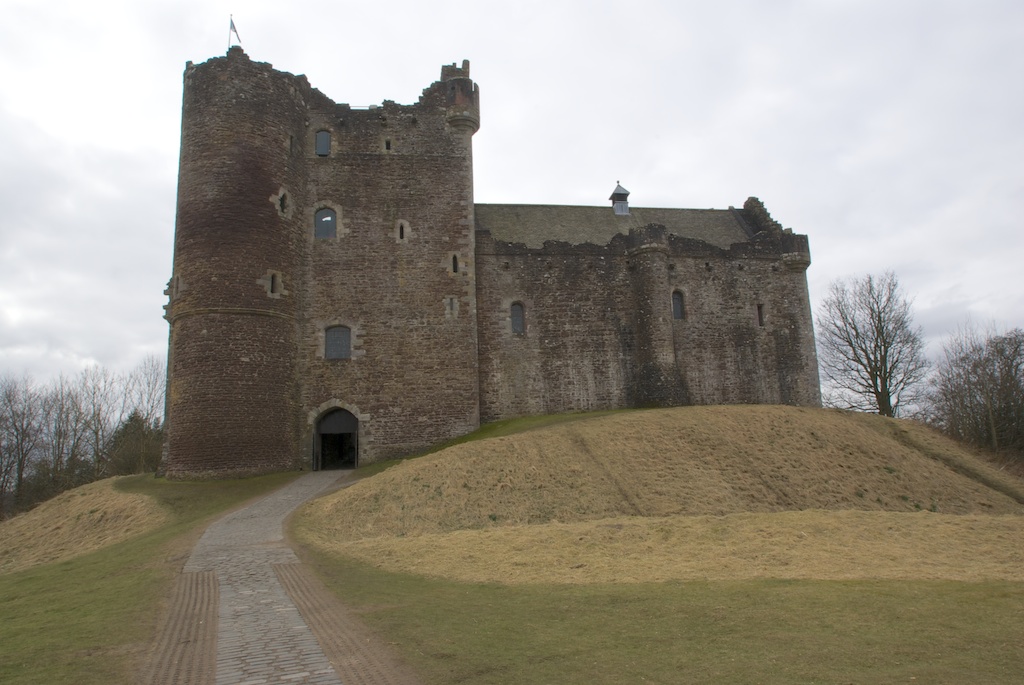 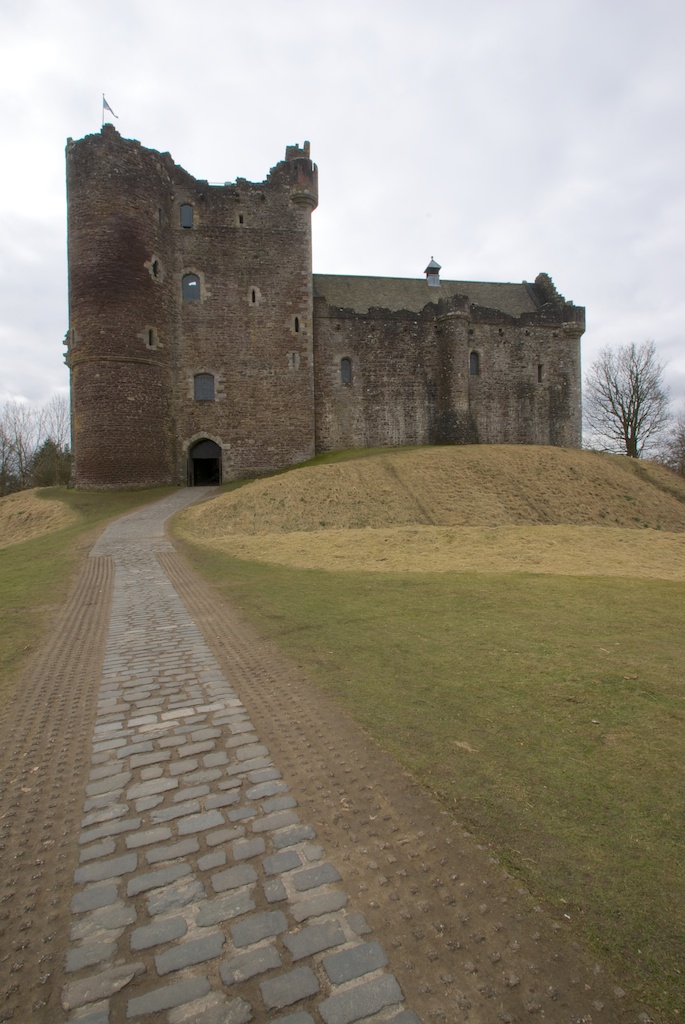 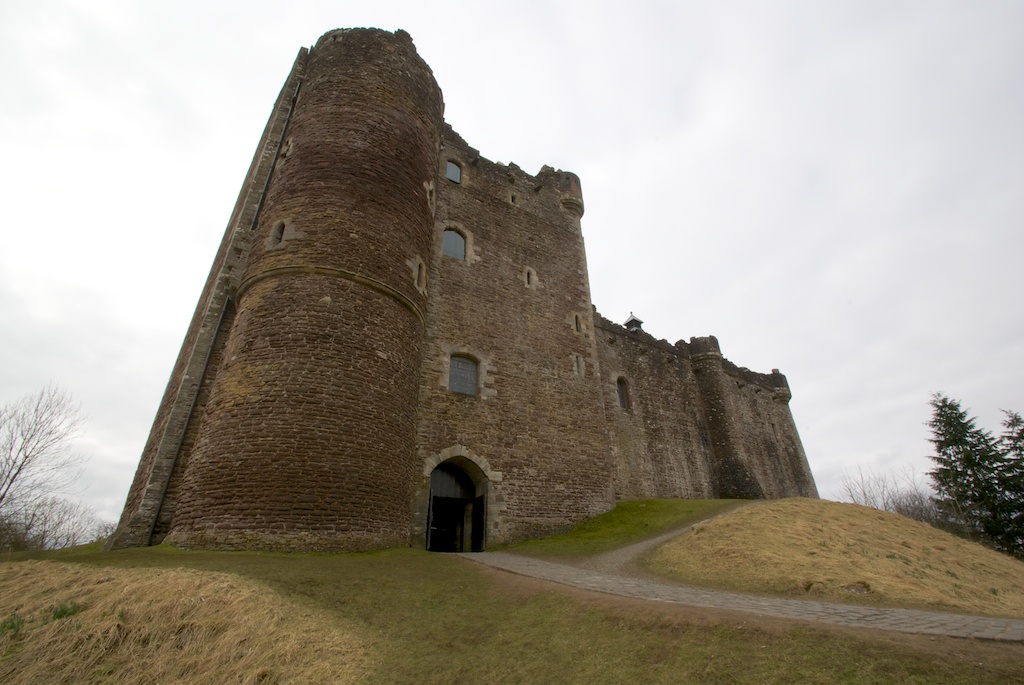 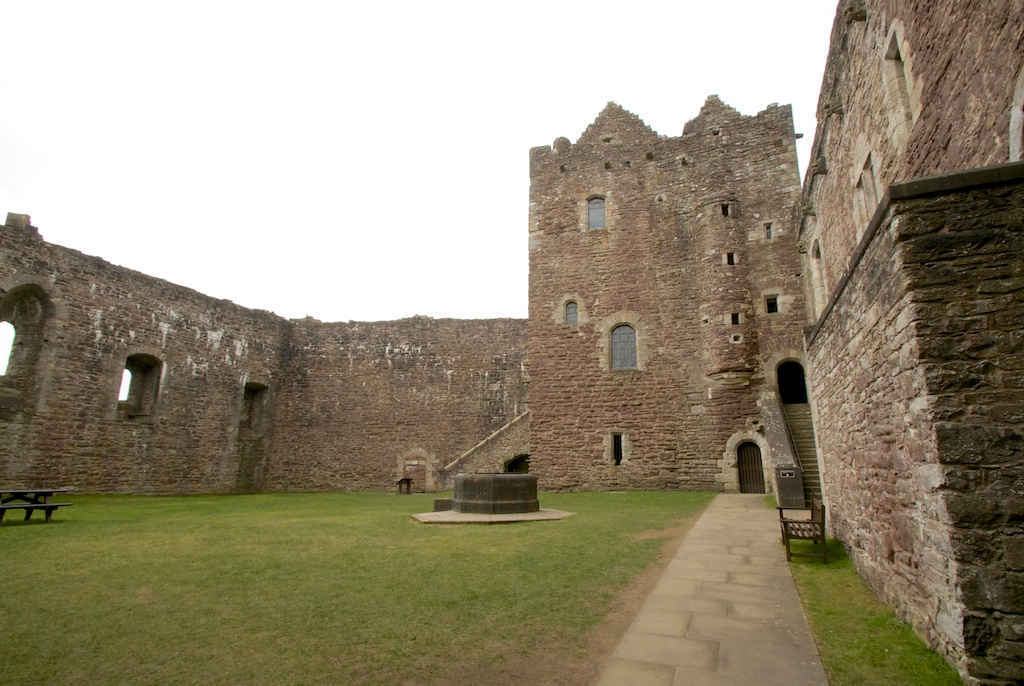 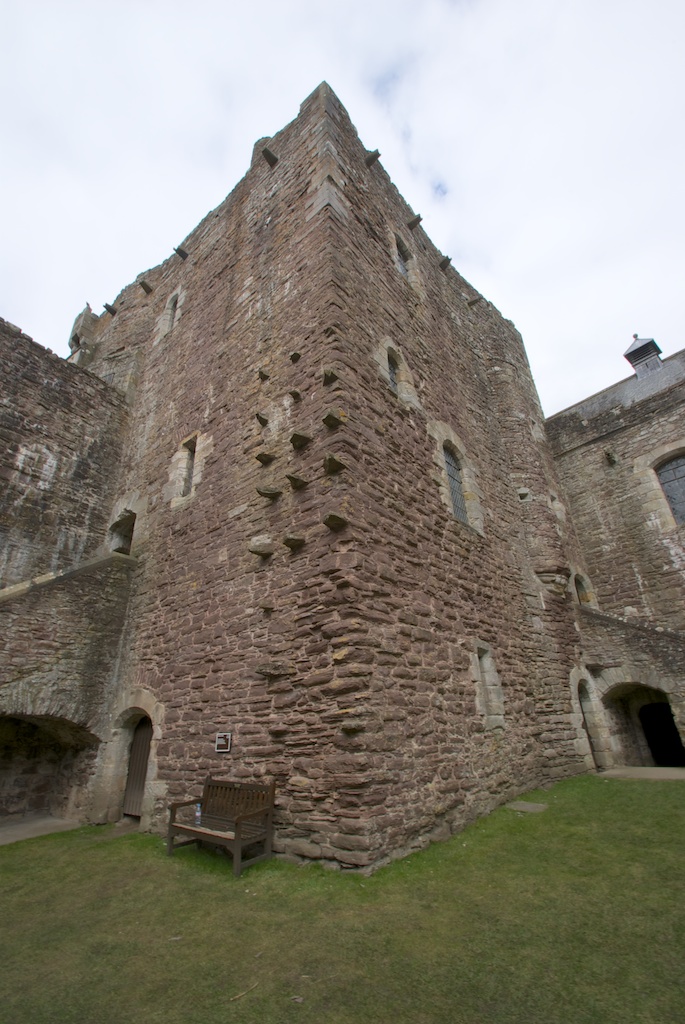 About an hour round the castle, it was getting cold, then a lunch in the van reading the visitor’s guide then it was off to the second port of call that day, my now married friend’s house. This involved much driving around, getting lost and finally a phone call when I’d made it to within 500m but the wrong side of a wall.

Chatted for a while there and showed off the van before heading home, giving someone a lift. Made it through the rush hour traffic and home to find that the car park was almost full. parked where I could and managed to unload in only 4 trips.

First weekend away pretty successful. It was cut short due to the cold. I maybe should invest in a thermal blind for the windscreen and I guess that is where most of the heat loss is. On the other hand, it isn’t that well insulated round the rest of the van.