Late July getaway up north to look for a monster and get in a few castles. The weather on Friday morning was very good but the forecast was not promising for the Saturday. Not to mind, the van was packed and after a 10K run in the morning it was down to the usual pit stop at Sainsbury’s for food and this time fuel. I was going a long way so brimmed the tank. This confused the range remaining display somewhat as after 20miles of driving, the range was going up.

It was motorway in blazing sunshine all the way to Perth and what seem to be standard queues waiting to get on to the A9 itself. The music was playing and the sun continued to shine, if anything getting hotter, as I made my way north up the A9 past Pitlochry and Blair Atholl. The House of Bruar came into view and it was tempting to stop and have a look round but I was planning to break my journey further up the road at Kingussie to visit Ruthven Barracks.

Kingussie appearing proved to be a moment of decision that resulted in some hard application of the brakes as the satnav and the road signs differed on which was the best way there. At the last moment I decided to follow the signs and not the satnav. Oops.

A couple of minor roads later I was at the Barracks. This site was created to police the Highlands and is one of a chain of military installations to do so. The barracks themselves are small but not completely ruined. There were a few people visiting and I had a look round for half an hour. This was all it took to turn the van into a furnace in the sun so all the doors were opened while I eat lunch and had some lukewarm water which had been sitting on the dashboard. 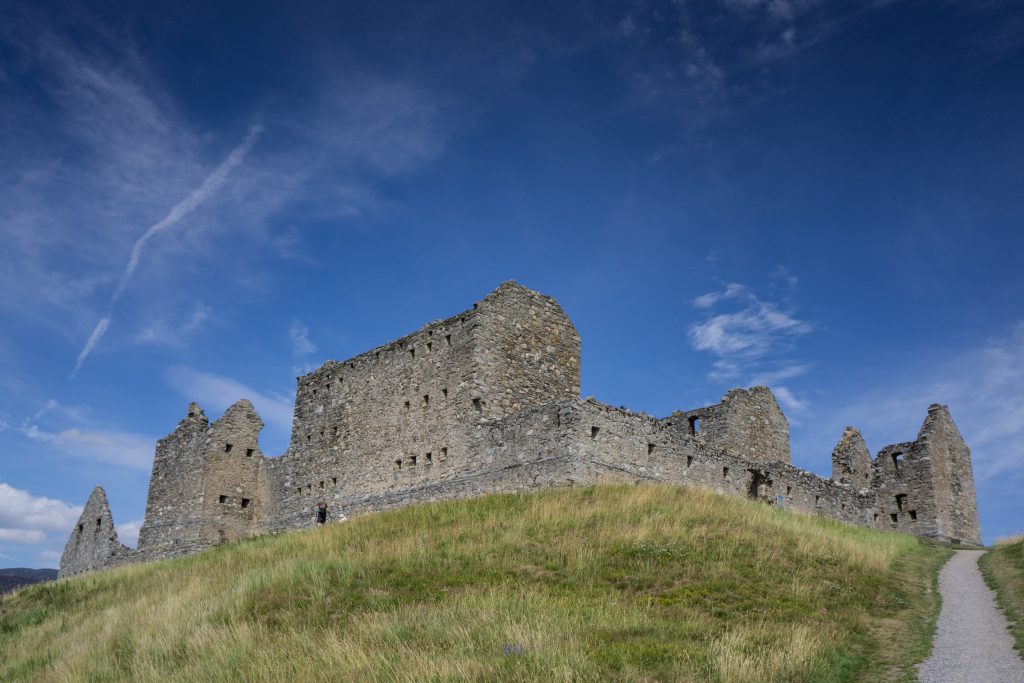 Back on the A9 Inverness soon came into view and the fun of navigating through four or five roundabouts to make it to the A82 along the loch side towards Drumnadrochit. The loch was looking calm and slightly eerie even with the bright sun.

Twisting and turning along the A82 and one wrong turn later, I was at the campsite. I booked in and was pitched up in record time. With the roof up the van was cooling down a bit but during the journey I had had the air conditioning on full.

With the weather not looking promising for the Saturday, I walking the mile along the road to Urquhart Castle. This was absolutely packed. Several coachloads of tourists along with a full car park meant it was very busy. Being a Historic Scotland member, I got to jump the queue and into the castle quite quickly.

A fairly compact castle that was ruined after being deliberately destroyed to stop it remaining a stronghold, there were some views over the loch that was glistening in the sunlight. Avoiding the climb to the top of the tower (I’m not a fan of spiral staircases) I wandered around for a while taking photos and imagining what it would have been like to live there at its height. 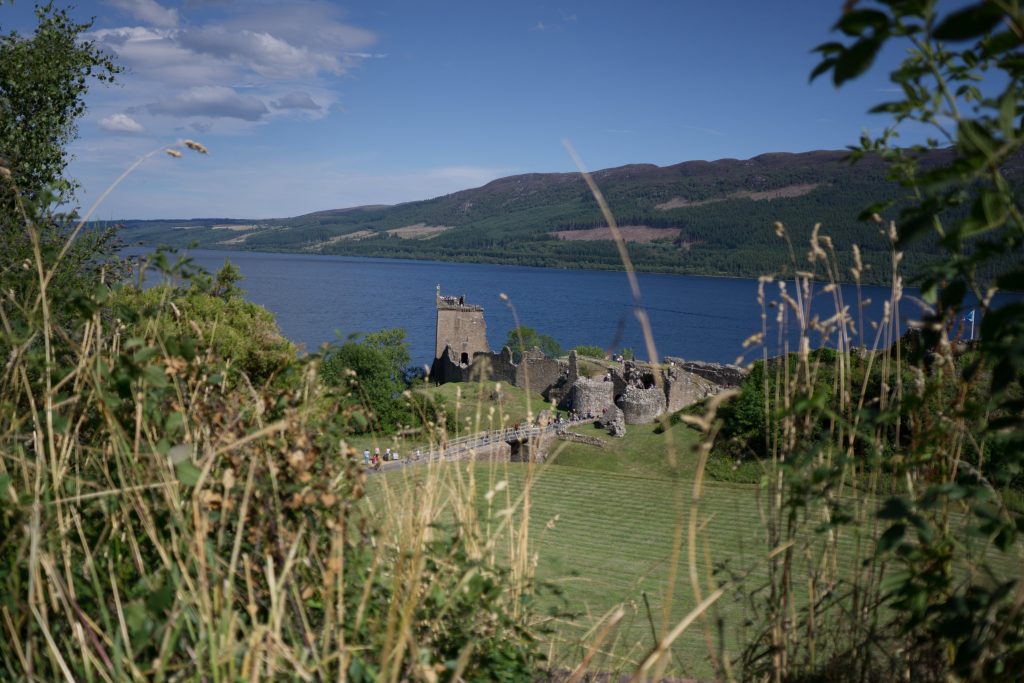 Back at the van, the campsite was filling up with both caravans/motorhomes and campers. Many of them looked like they were walking the Great Glen and stopping off for the night.

One of the joys of camping is the getting away from the all the distractions and settling down to some serious reading. The book for this weekend was “Bean Counters: The Triumph of the Accountants and How They Broke Capitalism” by Richard Brooks. The story of accountants and where they’ve gone somewhat wrong over recent years. It was a fair page turner and it was nice to sit in the shade of the van with the doors and roof open and relax into a good book.

Dinner was cooked and as night fell it was time to go to bed. For this trip I left the Duvalay at home and brought normal bedding. This was easily fitted and then down to sleep.

I awoke on Saturday morning to the sound of torrential rain. It was hammering off the roof and making quite a racket. This suggested that the Met Office’s forecast had been on the nose.

Eventually it eased off then stopped and I got out of bed after quite a good night’s sleep. After breakfast, it was into Drumnadrochit and for a first port of call, a ticket to a cruise on the loch. There were many available and I picked the first one that I came to. A minibus ride to the quay side and we were on a boat and heading out in the black waters of Loch Ness. The weather had cleared a bit and there were quite good views up and down the loch. The skipper was very knowledgeable and there was a film clip running with details of the loch. One of the most impressive thing was that the boat was fitted with an echo sounder which showed the profile of the loch under the water. It is very steep sided and really quite deep in the middle.

While out on the water we passed a lovely sailing vessel (underway with engines) heading up to Inverness. Also, there were some good views of castle Urquhart from the water.

Sadly, no sign of the Loch Ness monster while we were out but there were some very tame ducks that came right onto the boat and were rewarded with some bread from the skipper.

Back in town, it was on to the Loch Ness exhibition. This told the story of the legend of the monster and the various hunts for the creature over the years. It was very well put together, consisting of a series of film clips and exhibits. In the end it left the question of Nessie’s existence open but overall it did tend towards the creature as myth rather than something being there.

Back at the van after the exhibition, it was time to settle down and read for a bit more. The campsite was getting quite full and the last few (grass, no electric) pitches were filling up. Plenty of hikers camping and a fair few families.

I finished “Bean Counters” by mid-afternoon. It’s one of those books that makes you think and also quite angry. I would thoroughly recommend it. The patchy rain was continuing and it was fairly driech.

It reached dinner time and some chicken was had. The other book that I’d brought on this trip was “Altered Carbon”. I’d started this some time ago but was only slowly making my way through it. Another dent was made in it and then down to sleep.

Sunday dawned bright and dry. It had rained overnight but the main point was that the roof canvas was mostly dry and I was able to towel the last few bits of water off.

Camp was broken with much the same speed as it was made and, as I discovered, the motorhome service point was large enough that I was able to drain the fresh and the grey water tanks at the same time.

By 7:30am I was on the road to Inverness and then south on the A9. I had the road almost to myself for quite a while. It was bright but the further south I got the more the weather closed in. By Pitlochry it was raining quite heavily.

The rest of the journey was made in alternating heavy rain and bright sunshine but, with a stop at Perth, I was home in about 3 hours and unpacking the van.

Loch Ness (though not the monster) is another place ticked off the list of places to go. The weather was a bit of a disappointment on the Saturday, especially after the long run of heatwave we’ve had. Not to mind, I enjoyed it and it’s time to plan the next one. 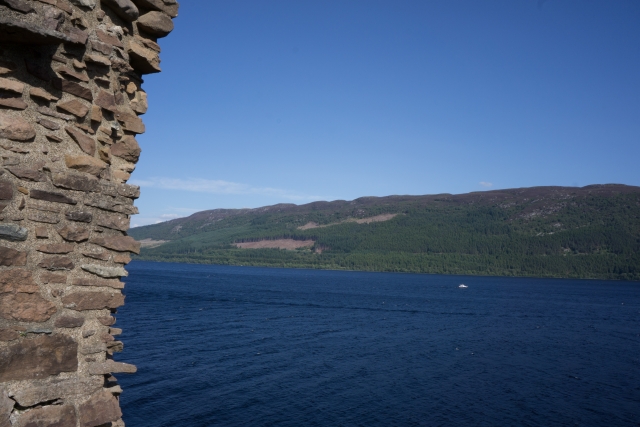 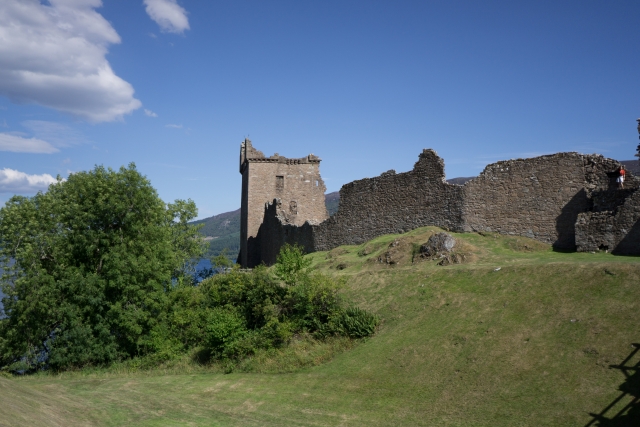 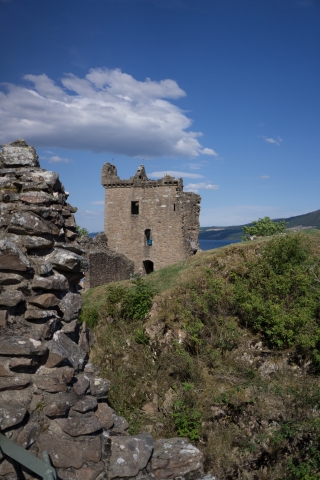 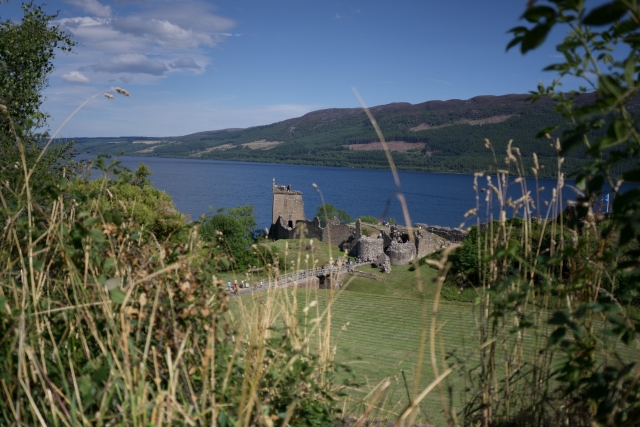 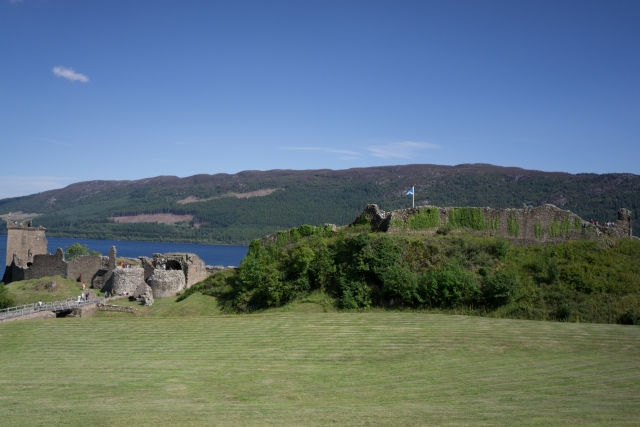 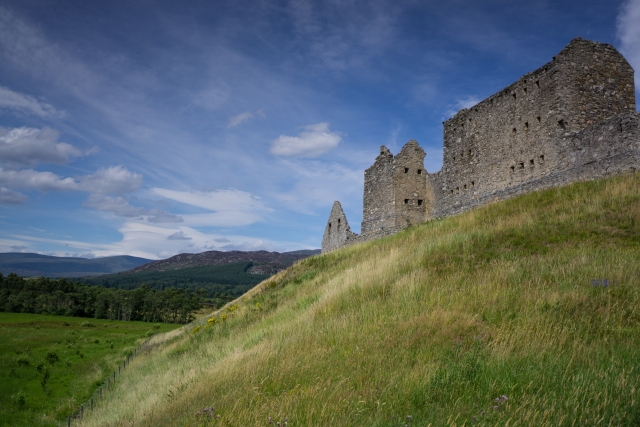 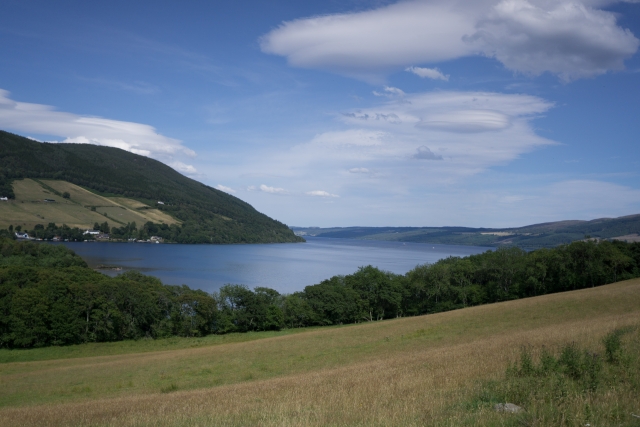 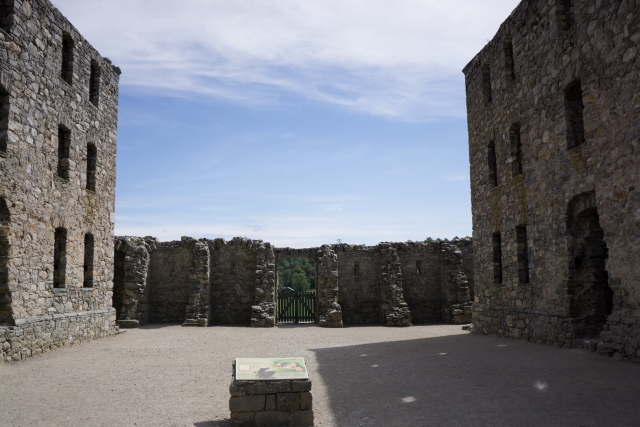 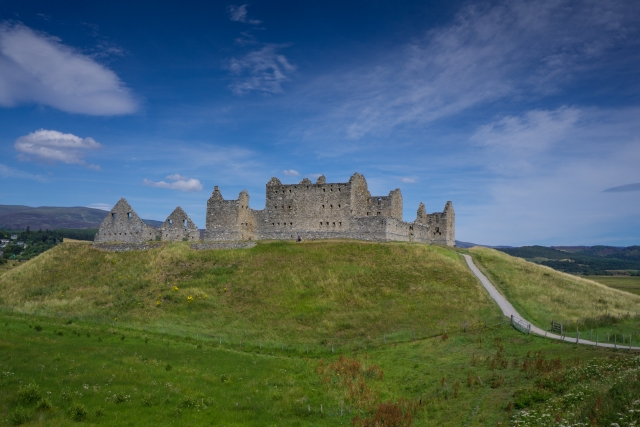 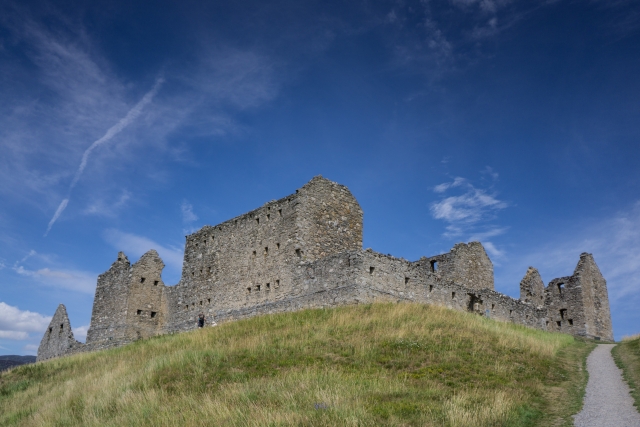