Time for the second trip of the year and I was heading a bit further away. Thus, it was up early and on the road by 8am and after the usual supply stop, it was onto the A1 and heading south to Northumberland and Barnard Castle.

Doing some research for this trip, I found out about Locomotion, a sister museum to the National Railway Museum. Locomotion was not far from the campsite at Barnard Castle, so the plan was to stop on the way down and take a look.

The journey down the A1 had a few moments. A burning lorry by the side of the road just south of Alnwick and a crawl through Newcastle, but after 3 hours or so, I was pulling into Shildon.

Locomotion is pretty much a big train shed where they keep some of the larger stuff that can’t be exhibited at York. With the trains the star of the show, there was some pretty cool stuff to see. There was a Deltic, a prototype APT-E, the prototype HST and a loco claiming to be the fastest diesel train in the world. 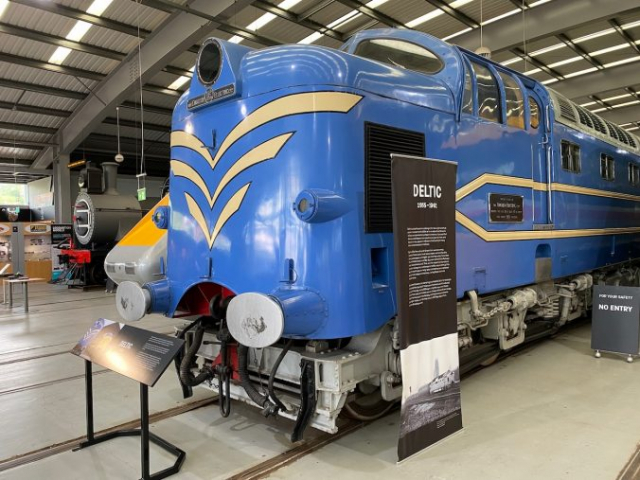 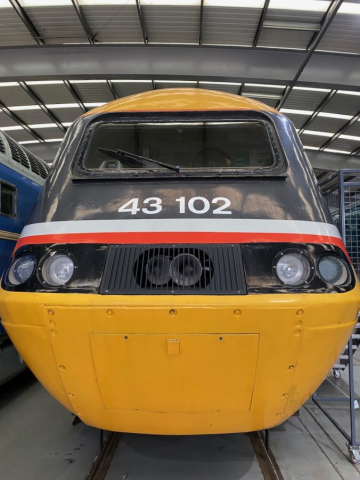 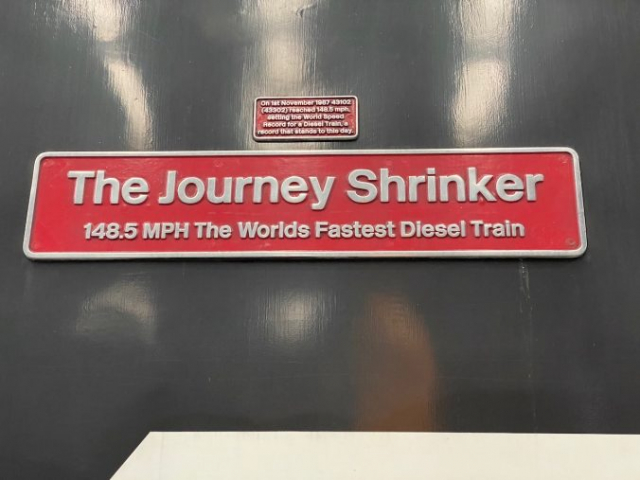 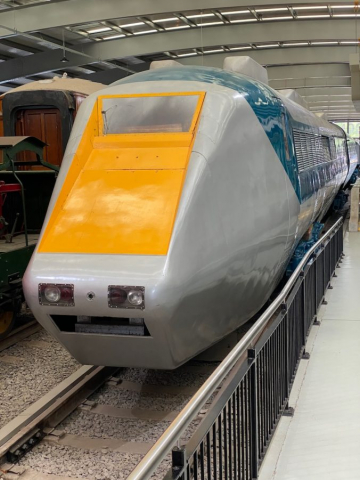 I wandered around for an hour or so and after exiting via the gift shop, I was in the van and having a spot of lunch as the rain came on. This was to the be only rain in the trip and it was off again after 20mins.

Shildon to Barnard Castle was only about 1/2 an hour but the disadvantage of the way I’d come was that I had to go through Barnard Castle itself. It was pretty busy and there was a sharp turn onto a narrow bridge that the caravan in front of me struggled a bit with.

The campsite was just outside of town and after arriving I was pitched up in no time. I finally found a way of putting the awning up that doesn’t involve me cursing the invention of them. The site was very windy with trees growing at an angle in the wind. More guy-lines than usual were put out for the awning to make sure it was still there in the morning.

For evening entertainment I’d bought myself a new toy. A small projector that I can watch TV on. It worked well with an ok picture. It did seem to struggle a bit with the larger files so individual episodes are the way to go, I think.

I slept well on the Friday evening but was up early and showered and ready for a day’s sightseeing in Barnard Castle. First port of call was the Bowes Museum. Plenty of pictures, ceramics, and furniture to see all set in a fantastic building. Some more unusual exhibits as well with metal work and the highlight of the museum, the 18th century animatronic Silver Swan.

This wasn’t working at the time but I’m sure I’ve seen it somewhere else when it was in operation. Given its age and the fact it wasn’t used during lockdown, the Swan is needing some deep conservation work.

From the Bowes Museum it was onto Barnard Castle, an English Heritage property that gives the town its name. The castle sits in a commanding position overlooking the river Tees crossing. It was a fairly standard ruin, but like all such places, it had a long story to tell.

From the castle it was time to get some shopping. I had screwed up the temperature selection in the fridge so was a bit concerned that the chicken I had bought for that night’s dinner was not in the best of condition. So, from a local butcher, I bought the most enormous slab of chicken breast.

That made a satisfying dinner and then some more TV watching with Dr Who’s the Ambassadors of Death on the playlist.

Sunday morning was bit overcast, but the awning was dry and I managed to get it down and packed up without too much trouble. Then it was on the road early taking a different route home. The longer but apparently quicker route was to head along the A66 to Penrith then onto the M6/A74(M). As soon as I got onto the A66 the sky darkened and the rain started and continued all the way home. However, it was a simple and quick journey home.

All in all, a great place to visit. Locomotion was great and have plans to expand and the Bowes Museum was fascinating. Somewhere to go back to in a few years when Locomotion has expanded, and the Silver Swan is back in operation.