Off on another adventure in the van, this time down to the Lake District for a bit of walking on the Old Man of Coniston. I’d been here before but never made it to the top of the hill so it was time for a return visit. 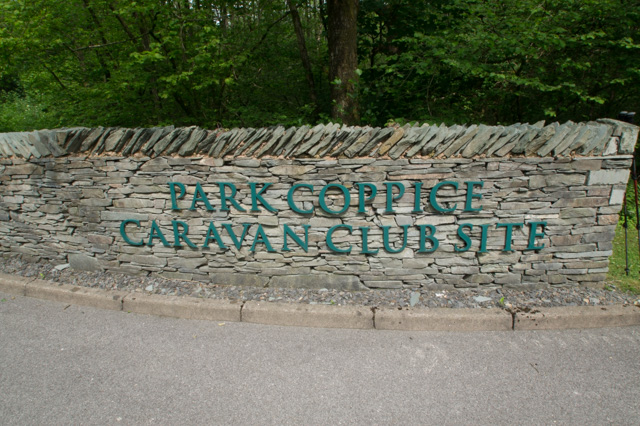 I hit the road nice and early as there was a reasonable distance to go. A quick pitstop for food and fuel at Sainsbury’s then it was onto the A702 till I hit the A74(M) / M6 south. Largely the middle part of the driving was 100 miles of motorway. Mile after mile of fairly boring driving. Luckily I had some good tunes to listen to on the way down. After another argument with the Sat Nav it was off the motorway and into the Lake District proper. I was heading for the Caravan Club site at Park Coppice and they have a very strong recommendation to approach the site from the south. So it was on to progressively narrower and narrower roads till the final approach which got very snug in places. There was a convoy of us at this point and kudos to the person who was driving the Range Rover pulling the twin axle caravan through that.

Site was busy but got myself a nice spot in a dell. The site is strongly laid out. It is large at over 200 pitches but they are arranged in small 5 van sections so it doesn’t feel like it is a huge site and avoids the regimented rows of caravans you see in other place. It took just over 1/2 hour to pitch up and this time I put the roof up. The weather was very hot with the sun blazing away. I was glad I had got a pitch in the shade.

After dinner I watched a feature length TV program called Page 8 on DVD then retired upstairs to sleep in the roof bed.

Woke early on the Saturday morning having slept well in the roof bed. The weather forecast wasn’t great but I set out for my walk on the Old Man. Plan was to head to the summit via Goat’s water then do the round via Swirl Hawse then back along by Levers Water.

I made fairly good time on the way the summit despite the path I planned to follow only existing in the imagination of the OS. Had the place to myself until I got to the summit. There was some rain but nothing of real note. The clag was drifting in at this point but it was still good enough to navigate so I headed off to Swirl Hawse. Walk there was pretty easy going but after turning at the Swirl Hawse cairn it became a very rocky down climb which was slow going made all the worse by the sickeningly fit fell runners who were running up the same path I was slowly going down.

The path by Levers water was gently sloping and pretty good going. I made my way back to the site having walked 20Km and climbed 925m.

Some photos of the walk. 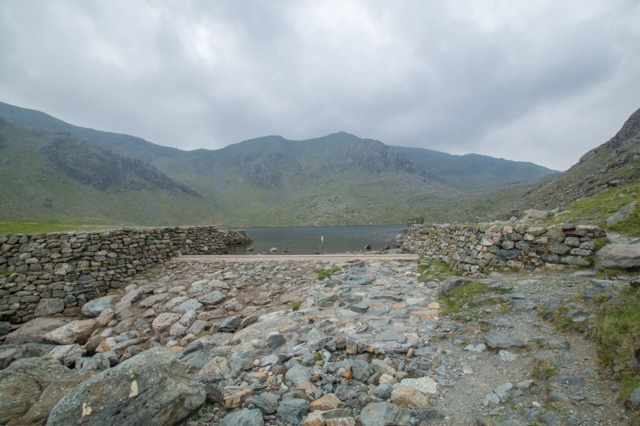 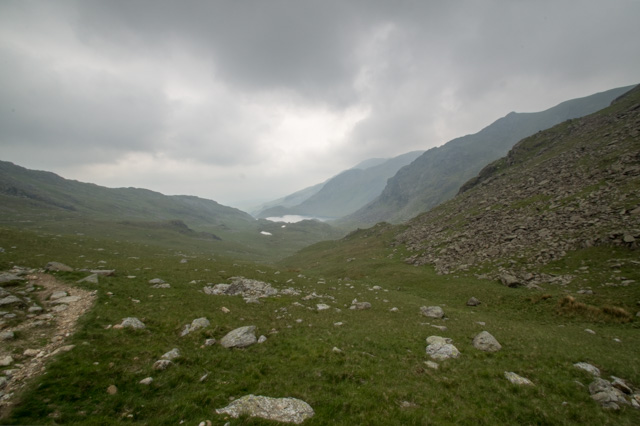 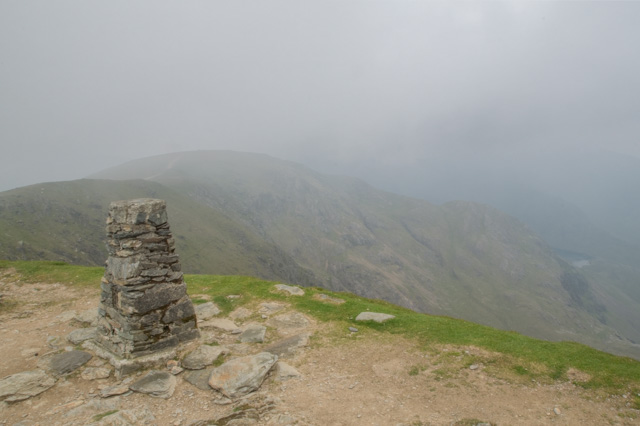 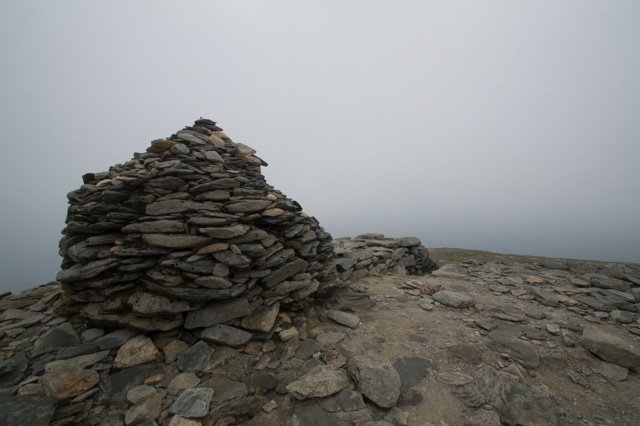 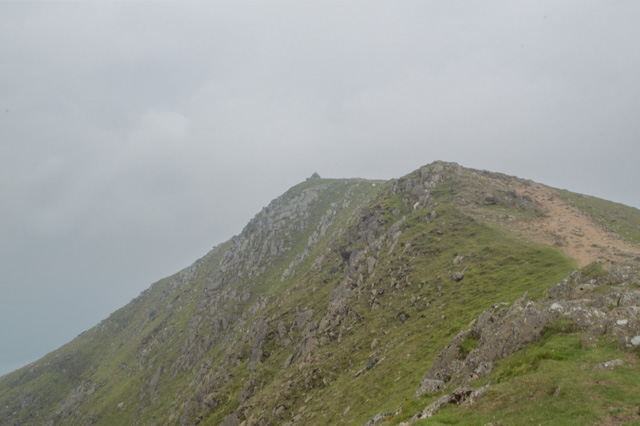 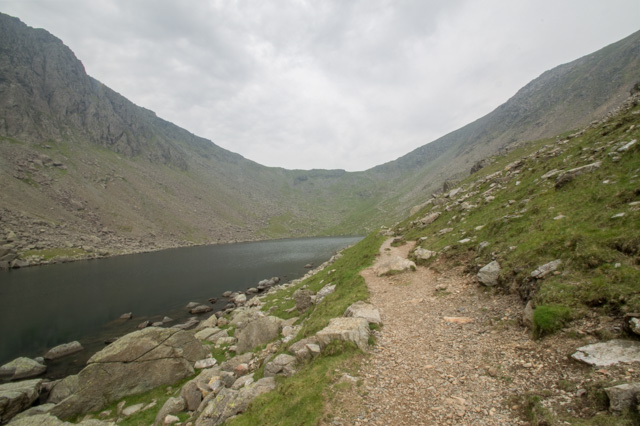 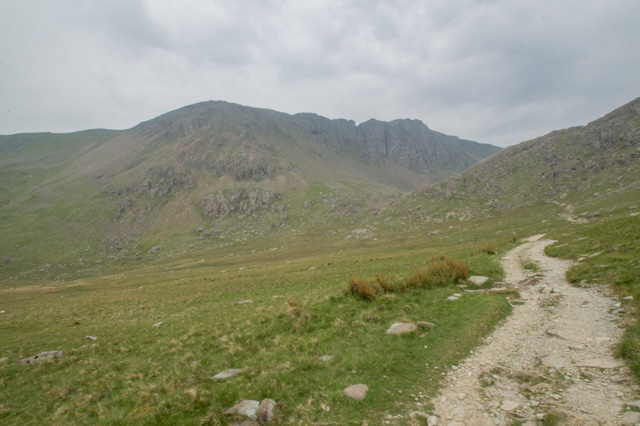 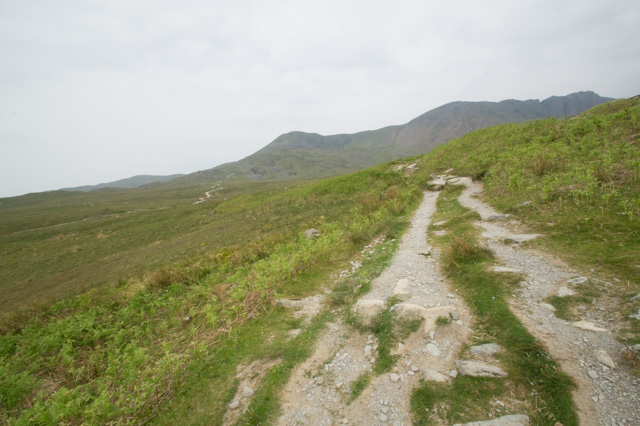 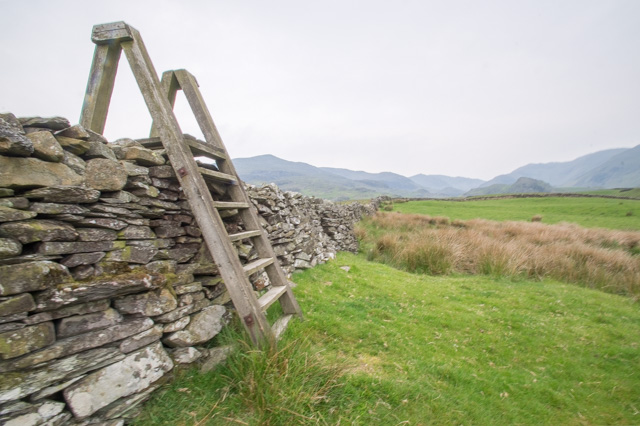 On the way back, I came across a triathlon in progress. The run to bike change over was on my path so I stopped to watch and clap for a bit. The organisers had been particularly cruel as the bike part started going uphill on a steep slope and a few of the competitors found themselves in the wrong gear at the start.

I had a bite to eat when I got back and waited for the toilet block to open again after cleaning then had a very enjoyable shower washing away the soreness after the walk.

Decided to give the TV a miss Saturday, instead reading Chris Brookmyre’s latest “Dead Girl Walking”. I’ve enjoyed all his books and this one is a particular page turner.

Sunday morning dawned with it having rained overnight and knowledge that now both the awning and the canvas of the rising roof were wet. No matter. I packed and then set off for home. Journey back was uneventful.

Another lovely adventure in the van with a great walk. Weather was a bit disappointing for the walk so not so great photos but still a good day out. Now planning the next one.