With August being pretty much a washout in terms of camping with rain and more rain, I was keen to get away at the start of September. And as luck would have it, there was some good weather forecast for the Saturday.

So it was packed up and off on Friday heading for Loch Lomond and the Cashel Camping in the Forest campsite. It was onto the M9 and then off again at junction 10 to head west. The rain started drizzling as I passed Stirling and got a little heavier as the campsite grew closer. The road to Cashel was only about 70 miles but right at the end there was a sharp turn followed by a 15% slope. Somewhat scary though the site brochure warns about this. A lot of respect to people who get bigger motorhomes and caravans up there.

It was still drizzling as I got pitched up and the wardens mentions that they hadn’t had a dry day in August. As such the grass parts of the site were somewhat muddy.

It was somewhat cloudy but the sun started to break through as evening wore on. The site itself is situated right on the banks of the Loch and in an ideal location for sailors, canoeists and alike. As the sun went down there was time for some photography

Saturday dawned and for once the forecast weather arrived. It was bright and sunny and while chilly in the morning, perfect for walking.

The plan was to walk up to Ben Lomond then climb the Ptarmigon Ridge the come down the “normal route” and walk back to the van. So it was off along the West Highland Way heading for Rowardennan and the foot of the hill.

It was at this point I made something of an error. It being cold in the morning, I put a (thin) fleece on but only put suncream on my face. The logic being it was cold and would be colder still as I climbed up the hill. This however didn’t happen and by the time I was at the start of the Ptarmigon route, I was baking and debating whether to leave the fleece on and boil or take if off and risk sunburn.

The route I had chosen up the hill was steep and in some places, hands on. Not quite a full scramble but not a simple stroll up the hill. For the first part of the climb I had the place too myself but as I went up there were people coming down and a few overtaking me on the way up as I rested. Still there was some opportunity for great views.

In a rare piece of chance, I bumped into a old colleague on the hill as he came down and I went up. We chatted for a bit ( I was glad of the rest ) then the final assault on the ridge and up to the summit.

The sun had brought many people out and there was quite a crowd on the top with some drone flying happening as the wind was almost zero. I had lunch in the sunshine at the top and then started the way down the much less steep main route.

I was very very hot at this point and somewhat headachey from the heat so it was time to risk the sunburn and the fleece went in the bag.

The descent was over mostly open moorland with a few cows to break up the landscape. Off the summit the shoulder is fairly shallow and on a well made path.

Back at the car park it was time to choose. I had come up to Rowardennan via the West Highland Way path but this was up and over a few small hills. The road seemed less so and thus I headed off down the road. This was not the best decision as it is narrow and the card drive along at a fair old speed. As soon as I could it was back to the path and a more sedate wander back to the van.

In total I walked about 27KM over 8.5 hours. I was most impressed with the Garmin VivoActive 3 watch. The battery lasted in GPS mode for almost all of the walk only finally giving out about 10mins from the campsite.

Then the joy of hot showers and a large dinner. I slept well that night having burnt over 4000 calories in one day according to the watch.

Sunday was still dry though there was a heavy mist over the site. The awning was soaking from the morning dew and mud had gotten all over the electric hookup cable. Still, nothing to complain about this weekend. A very relaxing couple of days, some great walking and photography to boot. 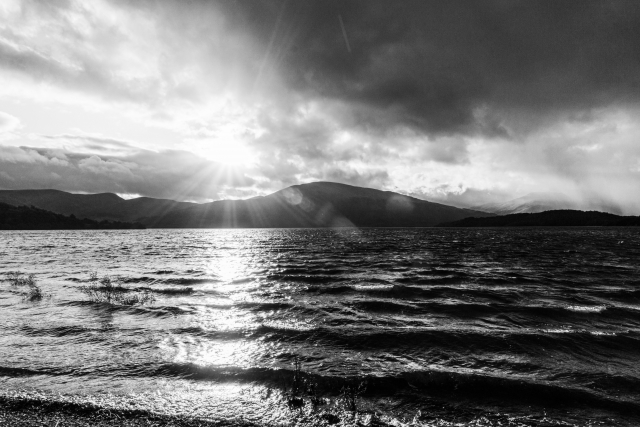 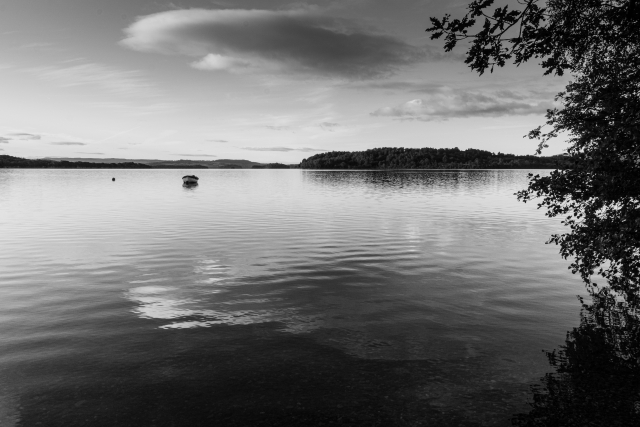 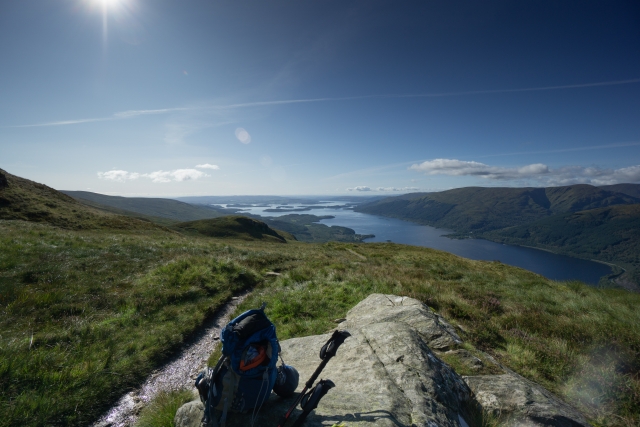 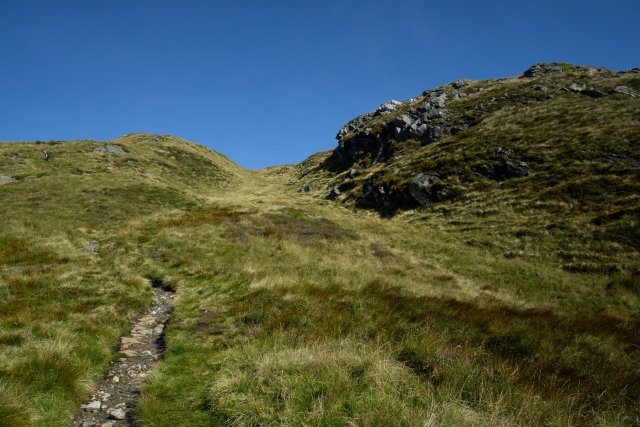 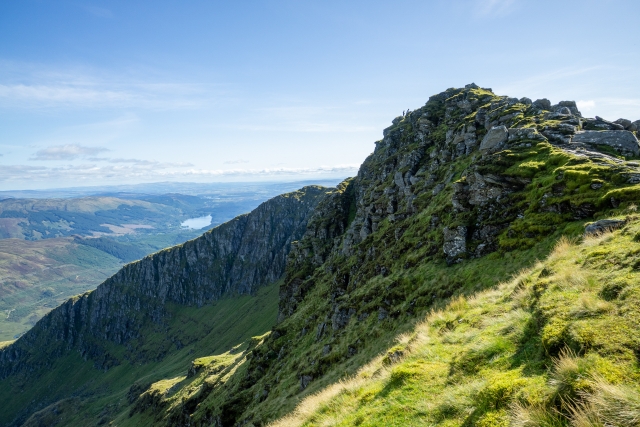 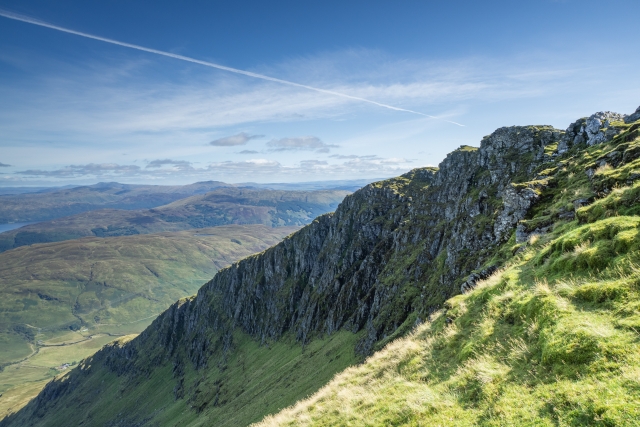 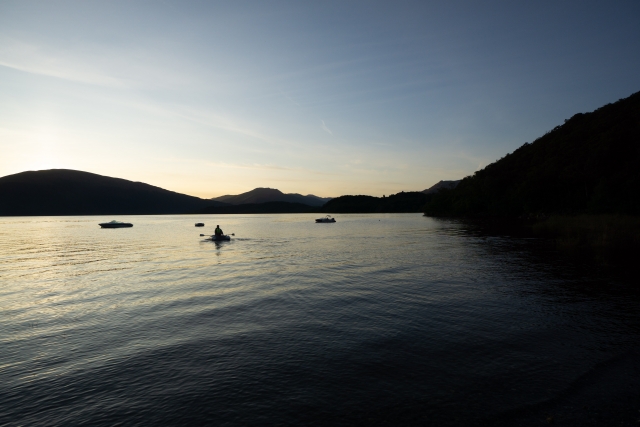 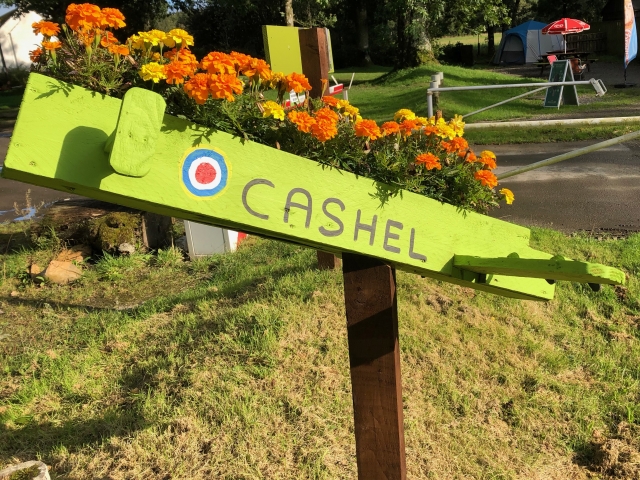 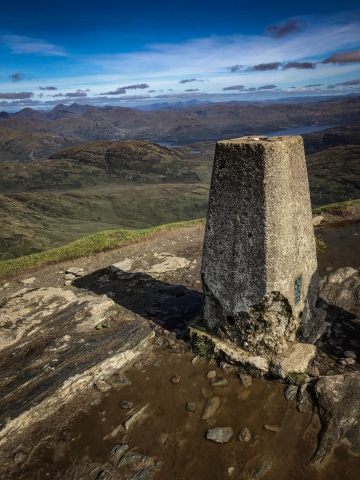 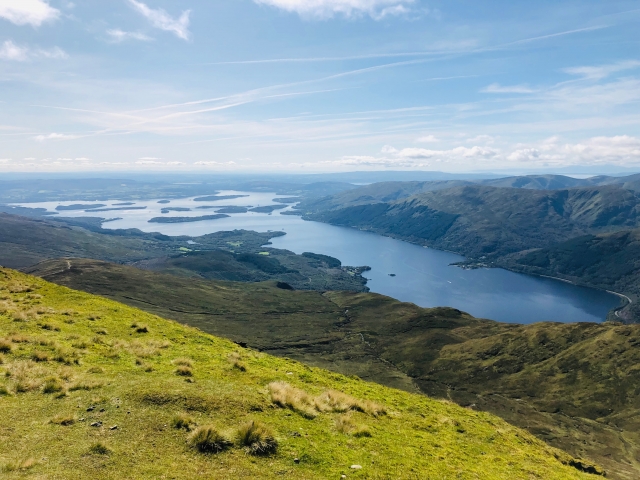 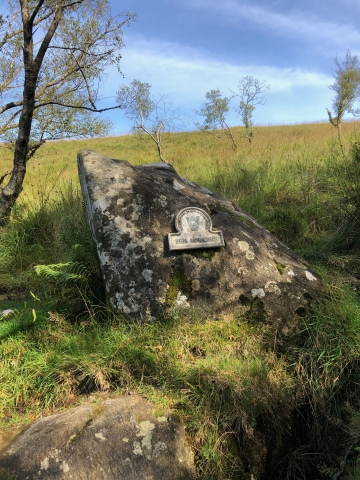