With there being a run of sunshine this week in Scotland, it was time to hit the hills for some walking. This weekend’s choice was Ben Ledi near Callander. I’ve climbed it once before but that time it was up in the clag so not much to see. This time, the weather forecast was for cloud but nothing down at summit level.

Setting of early, I was at the car park for 8:30am. This involved a somewhat nerve-wracking journey over a very narrow bridge. But I was there and with the boots pulled on I set out on the way up. There is a very well made path heading up the slopes of Ben Ledi and I was making good time through a somewhat blasted landscape caused by the Forestry Commission cutting down all the trees on the lower reaches of the hill. Also, looking up I could see the clouds down below the top so at this point it was shaping up to be another day without a view.

But as I climbed higher, the cloud blew away and there were vistas reaching in each direction. On the ascent, I paused for a moment at the memorial to the member of mountain rescue who was killed on duty.

The summit was pretty busy as a number of people had decided to spend the day out of doors. It was still too early for lunch so I headed on to do the full round via Stank Glen. This involved setting out along the ridge line. By this point the sun was fully out and there was visibility to the horizon in all directions. A little haze in the distance but still a fine day and a number of stops were made to take photos.

Deviating a little from the Walkhighlands route I followed a path down a fairly steep slope slowly and carefully. This brought me down in to a slightly boggy area but with some fantastic views back up the slope.

From here there was a rickety stile to cross then a very well made and fairly flat path that took me down though some trees. The sun was beginning to burn now so I was glad of the shade.

Back at the van it was time for some lunch and to get out of the sun. The car park was pretty full by now and it was a little tricky to get the van out of the parking space. But soon I was on the way home after a lovely walk and planning my next trip. And a visit to Boots to get some after-sun creme. 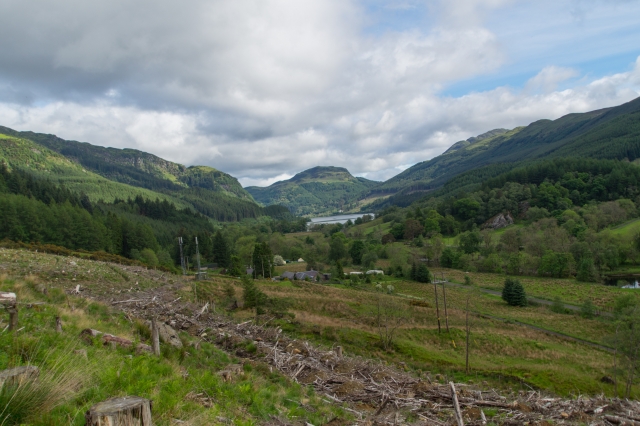 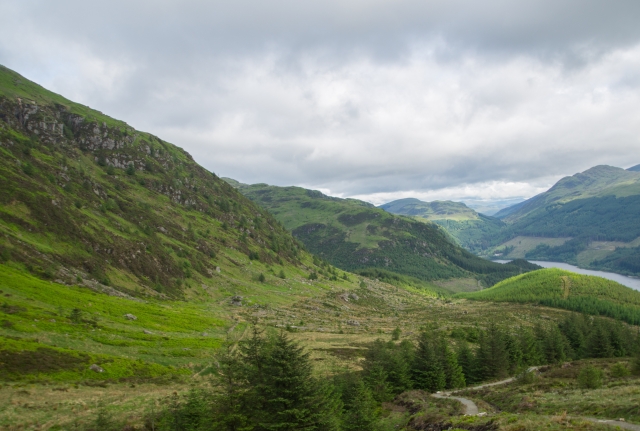 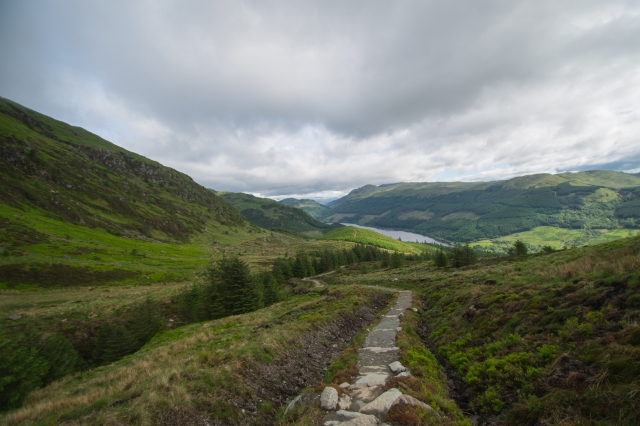 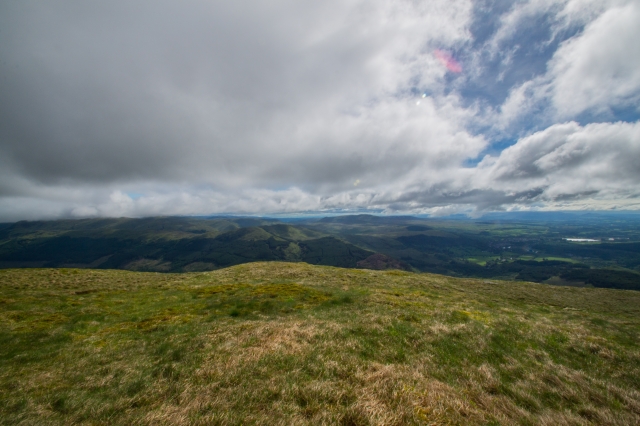 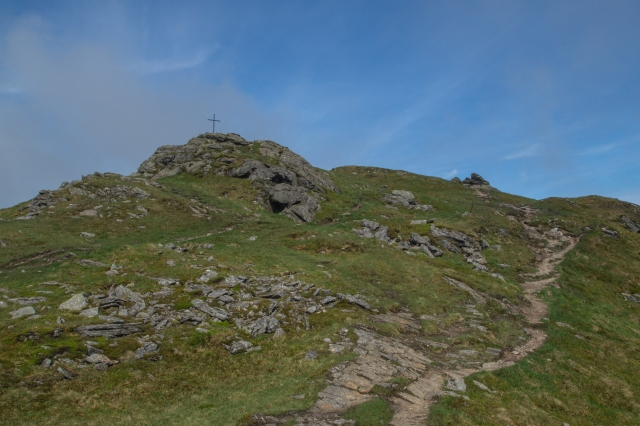 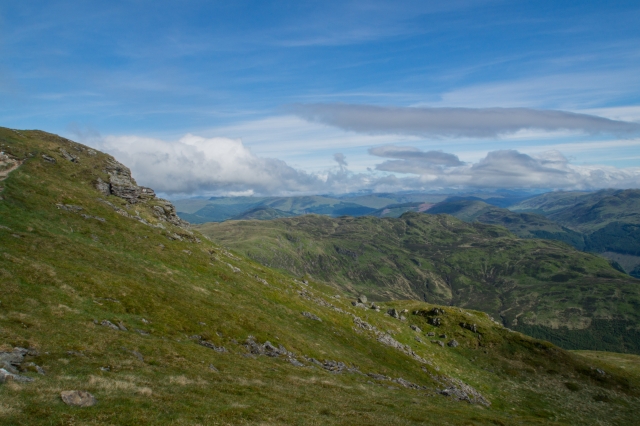 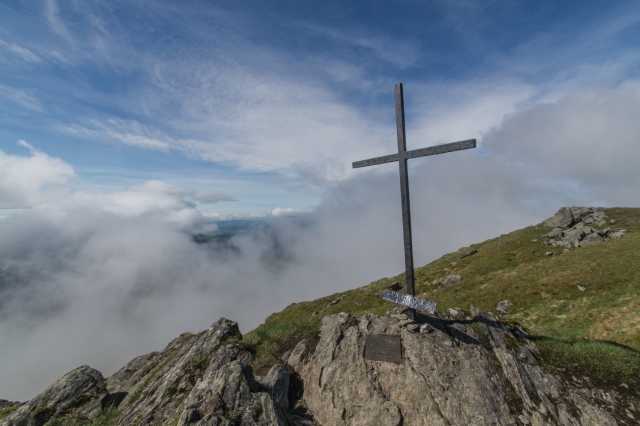 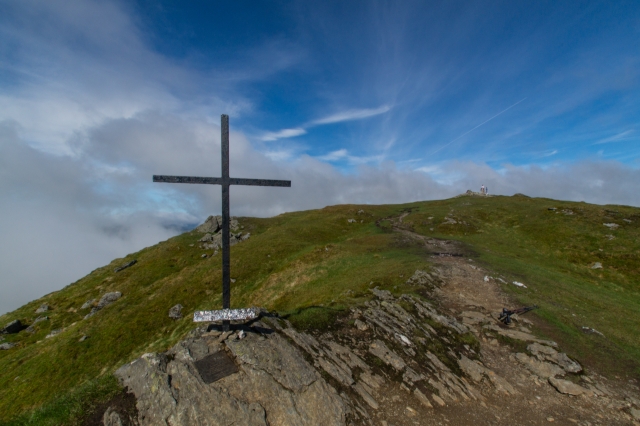 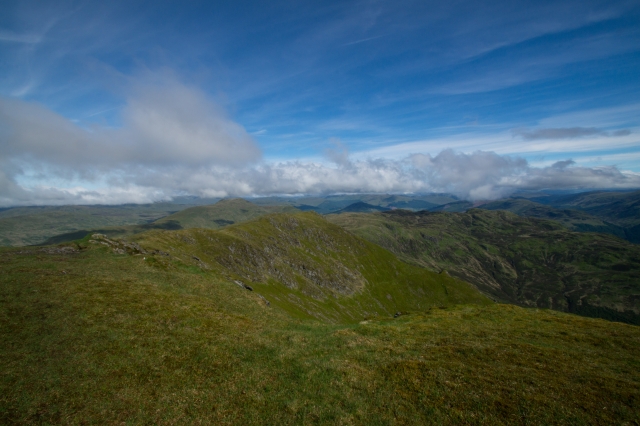 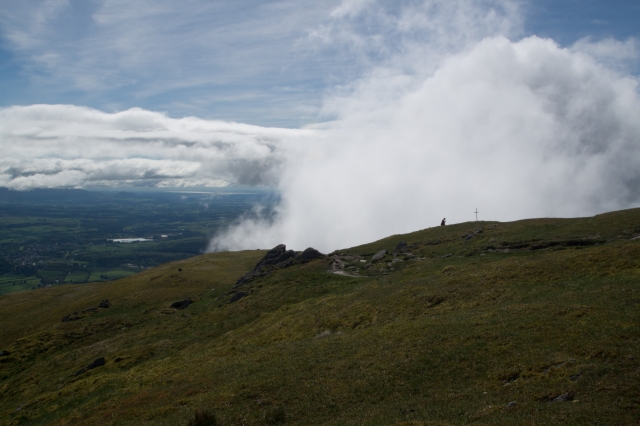 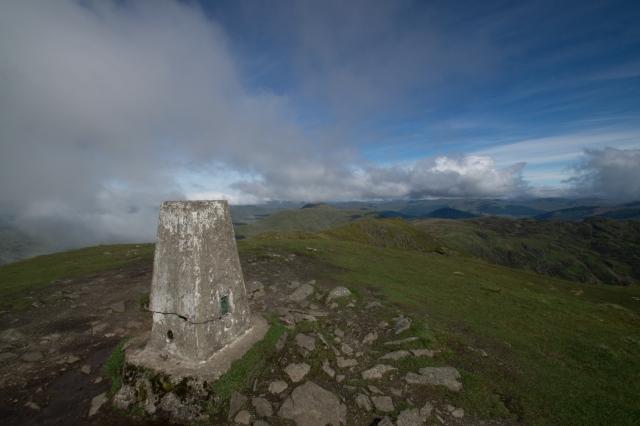 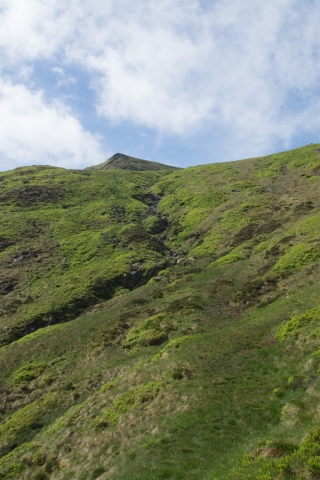 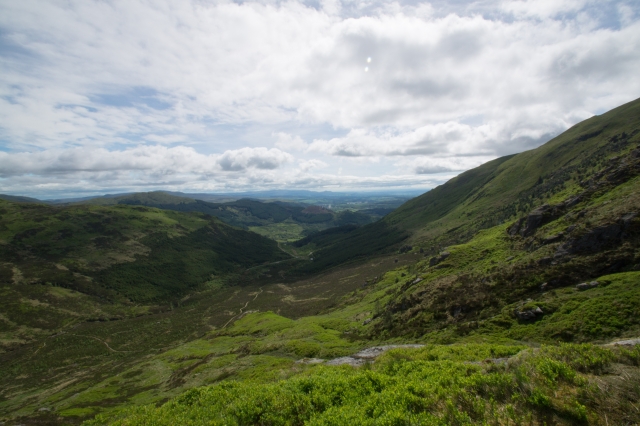 Last weekend there was the opportunity to head down to Blackpool for some dancing at the Tower Ballroom. A group called 4 The Love Of Dance put on once a quarter Salsa and Bachata nights and a chance to dance at the famous ballroom was not to be missed.

To keep the accommodation simple, I was taking the Van down and staying at the Caravan Club’s Blackpool South site just outside the city. The day started with a leisurely loading of the van before hitting the road about 9. It is just over a 3 hour drive down the A702, A74m, M6 and M55 to get there and I was in no hurry. The drive was uneventful and I had Damian Lewis reading Diamonds Are Forever to keep me company on the way down. Talking books on long journeys are brilliant as you really have time to get into the story.

The campsite was achieved about 1pm and since I hadn’t brought the awning, pitching up consisted of putting the roof up and plugging in the electrics. Then I pulled the bed down to get some zzz in before the night’s dancing.

Night came and after getting showered and changed, I got a taxi into Blackpool. The club had arranged a flat £10 fare into the city and it wasn’t long before I was on the seafront. Being early as usual I took the opportunity to look around. Most things were shut but the arcades were still open. I resisted the temptation to spend money in them and got to the ballroom. 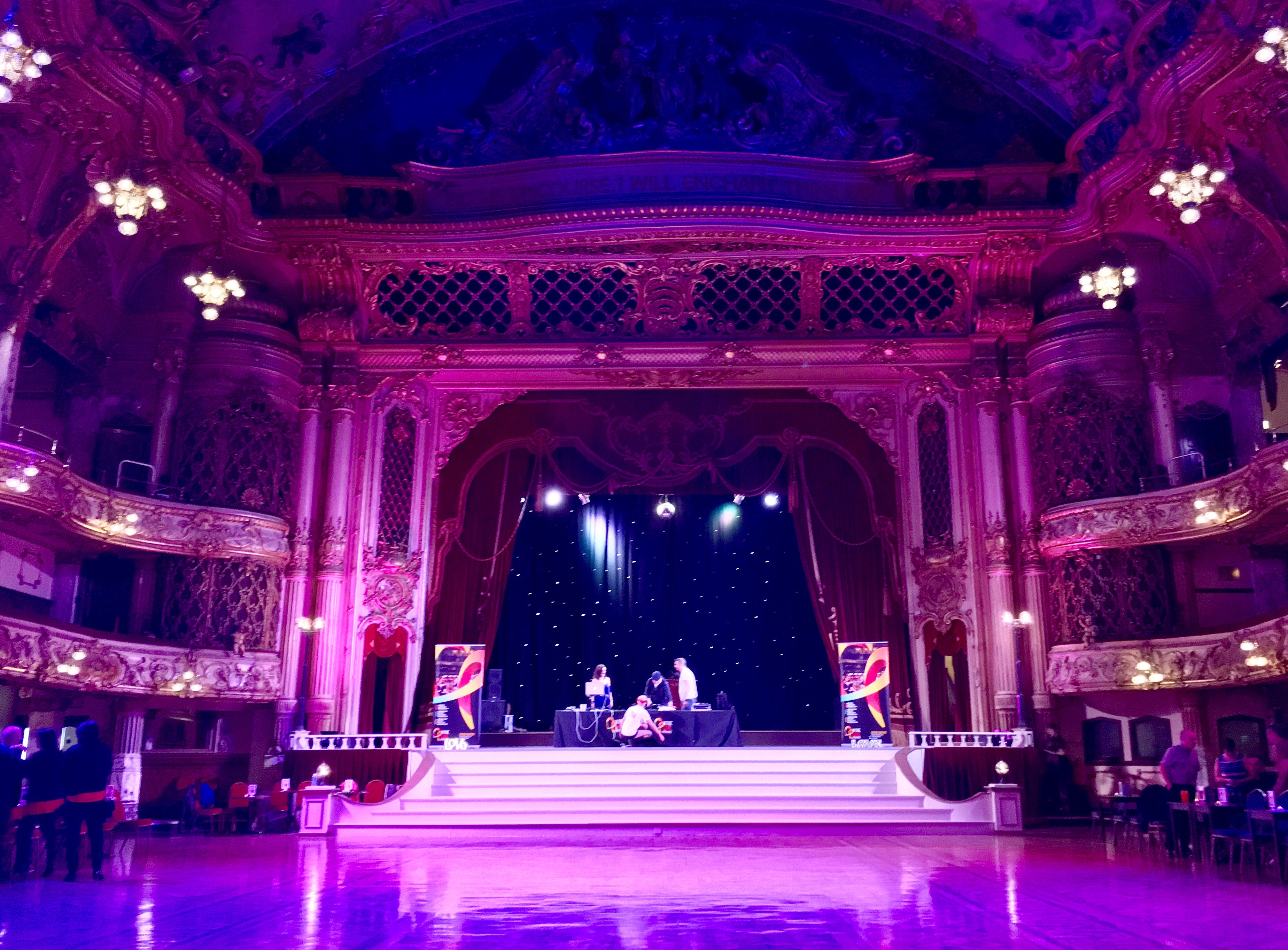 It was looking fabulous as we waited for the start. First up was a 1hour workshop which round about the intermediate level. I’m guessing that not too many complete beginners would have decided to go to such a night.

Then the music and dancing started. The floor was just right and there were folk from all over to dance with. I managed to dance until about 12:30am at which point my legs were beginning to fall off. So taxi back to the van and fortuitously I had put the bed down before heading out so I dropped into my sleeping bag and on to the land of nod.

Sunday I awoke early due to the birds singing their hearts out at 6am. Packing up (which consisted of putting the roof down and unplugging the electrics) I was on my way home. A fantastic night was had by all and the van proved quite handy with the whole night out costing maybe £60 all in. Have to do it again sometime.