First weekend away this season and my first trip away in the new California (which I have decided to call Cali). My choice for this weekend was Northumberland, specifically Haltwhistle. I love this part of the country and I’ve been meaning to come back and see a bit more of Hadrian’s wall.

Took me about an hour to load up Cali for the trip. There is about the same amount of storage space, including a massive boot, as my old van but it is arranged differently so there was a certain amount of trying to find spaces for things.

Took off at about 8h30 and with a quick pit stop for food, I hit the A68 and headed south. The road wasn’t too bad, there was some traffic but it was flowing freely along it. However just south of Jedburgh there were some road works and it look like part of the road had subsided. I had forgotten how much of a roller coaster the road is but it got even more entertaining when I pulled off to head towards Hexam. That road was really up and down with signs saying “Hidden Dip” and alike. Then onto a B road with a surface so bad I couldn’t get any speed up on it at all.

The reason for the cross country travelling was that I was intending to stop at Housesteads fort on the way to the campsite. The weather wasn’t great with mist and some drizzling rain but I decided to stop anyway. The fort is reasonably well preserved for a Roman fort on Hadrian’s wall and there was plenty to see in the attached museum. There were also staff dressed as Romans to answer question. It being the Easter weekend, there was an Easter Egg hunt going on as well. 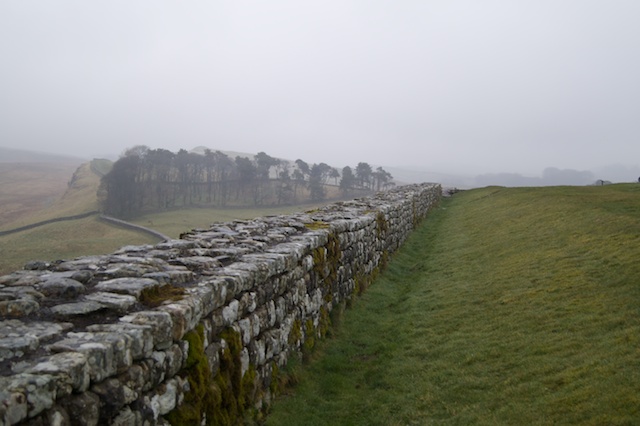 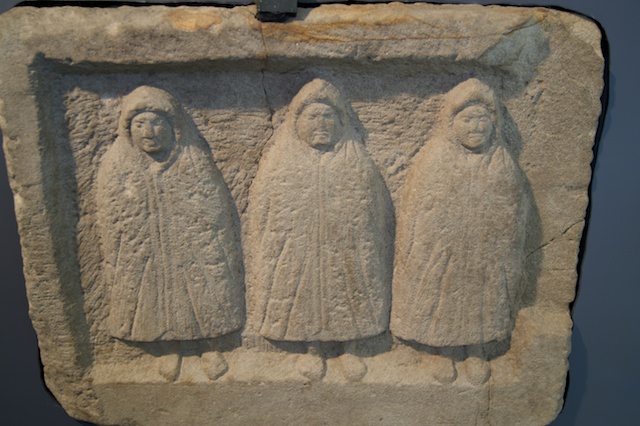 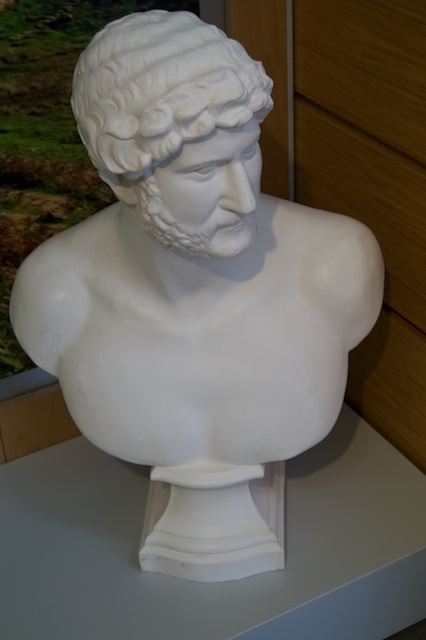 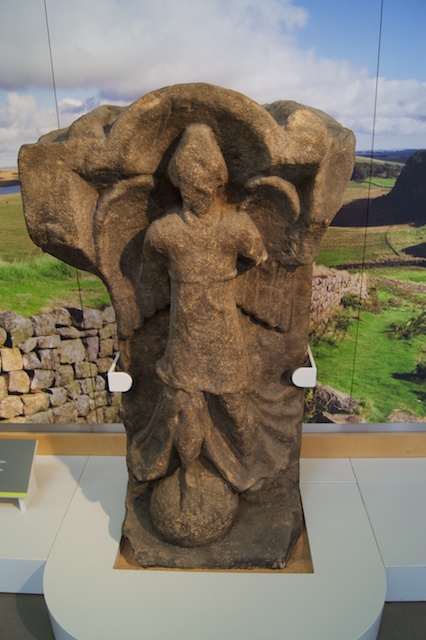 Wandered around the fort for about an hour then went back to the van and had a sandwich while overlooking the rolling hills of Northumberland. Or at least, what I could see of them as there was a bit of clag. 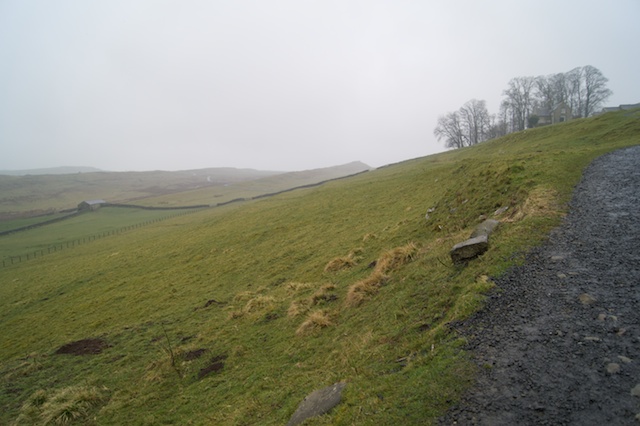 Headed for the campsite after lunch, passing through fantastically named Twice Brewed. Here, the sat nav and I had a falling out as it wanted to take me down some narrow unmarked roads and I was wanting to keep on the B road till it met the A69. A longer road for sure but one that was easier to drive. Since I was the one in the driving seat, I won.

Eventually saw signs for the campsite and they weren’t kidding when they said it was a steep approach. 10% hill and Low Gear Now signs. But I was in, got my pitch and started the set up camp. 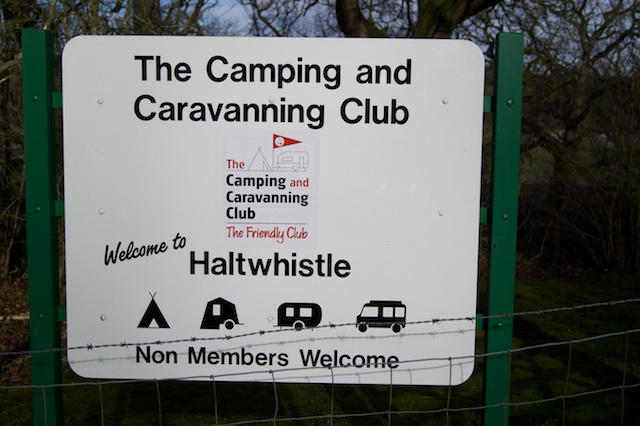 First order was my new awning. This is one of the new Vango Keela 2 blow up awnings and it was so much easier to put up than the old one. Six pegs in the ground then pump it up and in 30mins it was standing. With practice, that will come down. 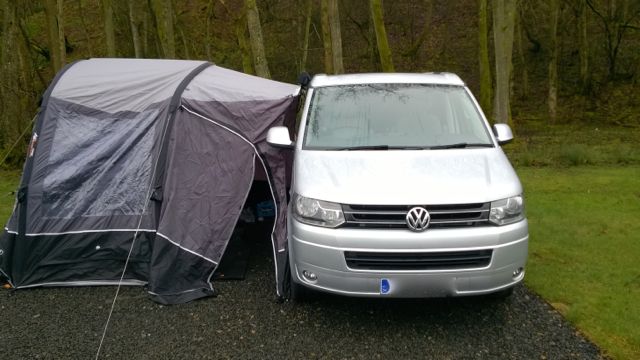 Tea was fish and potatoes and then a shower. Facilities are a bit old fashioned but they’re clean and there was plenty of hot water.

Watched a bit of Dr Who (Terror of the Zygons) then off to bed. The lower bunk was easy to make and comfortable.

Woke the next morning after a decent sleep and stuck the heater on to take the chill off. Which it did rather well, the van becoming a sauna in about 15mins. The heater is a bit noisy but works well.

After breakfast, I headed out on a walk to Haltwhistle. It had been raining for several days up to that point and the path was a bit muddy. First stop on the walk was Flowerstone bridge. Very high and with quite an angle on the approach this was worth seeing. 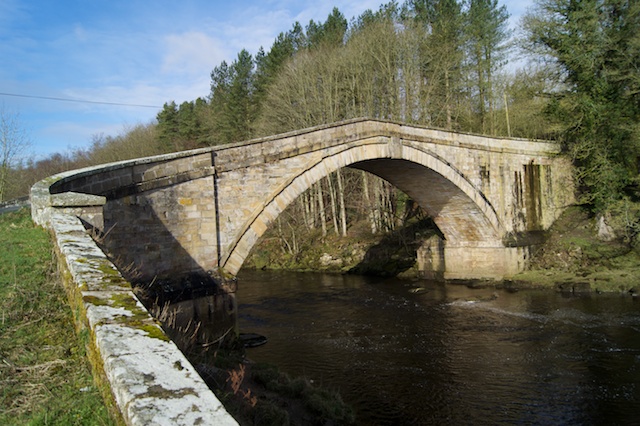 Then on through farmland and countryside and into the town. After the inevitable stop at the tourist information it was on to Mr George’s Museum of Time. This contained a collection of clocks that the owner’s father had collected over his years as a clock and watch repairer. The name Mr George comes from a series of children’s books that the owner had written with the central character based on her father.

Haltwhistle claims to be the center of Great Britain and there were several signs to that effect. 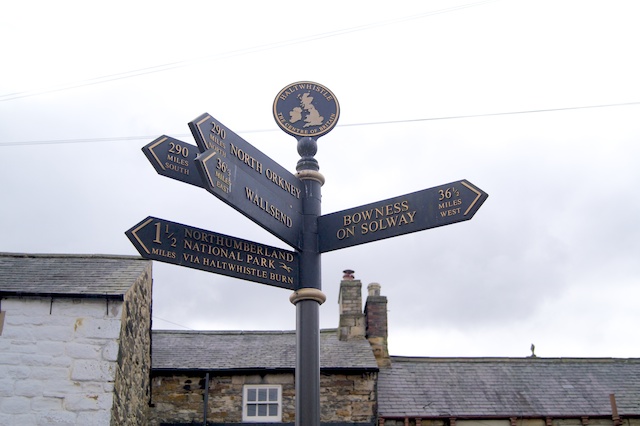 Then it was back to the campsite via the Railway station which still has some authentic 19th century features. The sun was really out by this point and it was a fantastic day for walking. 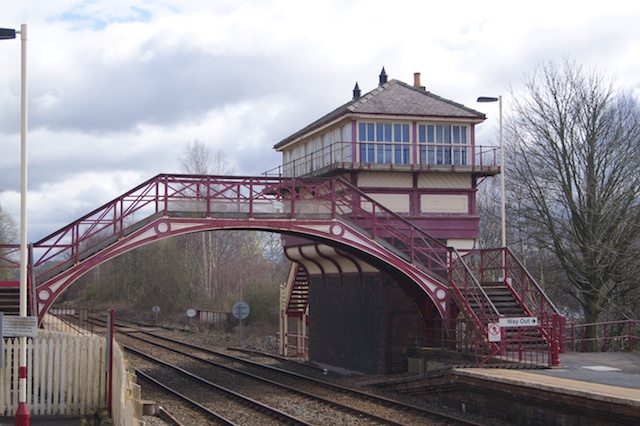 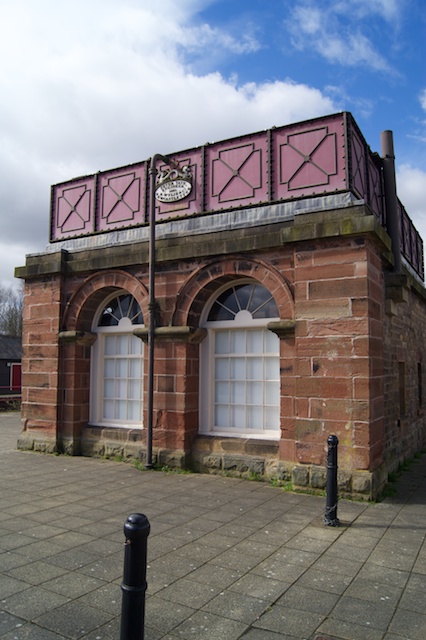 Back at the camp I hit the showers again and managed the schoolboy error of forgetting my towel. Ford Prefect would have been most displeased. I had to get dressed (in the clean clothes I had brought) go back to the van then back to the showers to get dried off and change into a different set of clean clothes.

The awning was dry so I took it down before tea then after having eaten, I settled down for some more Dr Who (The Three Doctors).

Last day in Haltwhistle I was up early and on the road about 9am. There was a pretty thick fog with poor visibility and I toyed with the idea of staying on the A69 to Newcastle and heading up the A1. But, I thought, the A68 can’t be that bad. Wrong. It was. A roller coaster with 100m visibility isn’t that much fun. There was one beautiful moment where the road climbed a hill and I was out of the fog. I could see sunshine and the fog in the valleys round about.

The fog cleared by the border and I stopped there to have a break and revel in the sunshine. Then a very pleasant journey home. 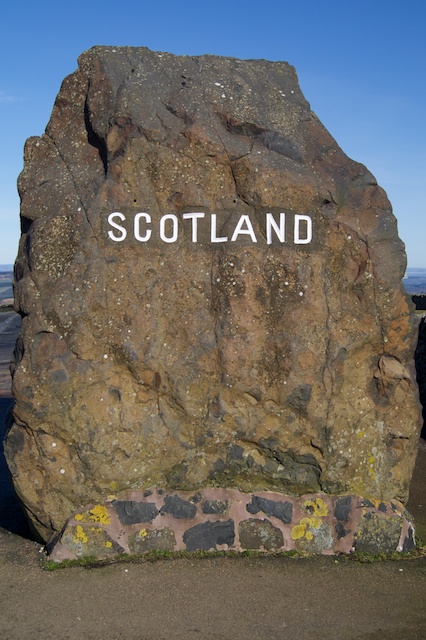 The trip was brilliant and the van performed really well. Comfortable, cooking was good and the awning easy to put up. Looking forward to my next adventure with Cali.