Second weekend away of the year in the van and it was a trip down to Dumfries and Galloway for a weekend at Moffat C & CC site. 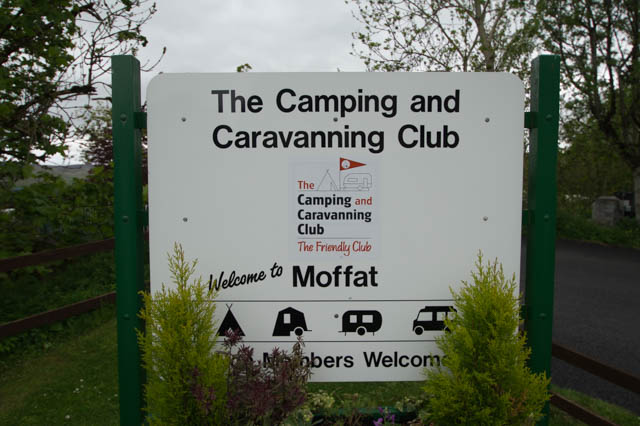 Set out in glorious sunshine onto what should have been a pretty straight road. However both the Sat Nav and I made an error by trying to bypass Penicuik on the A701 and ending up on a B road through a couple of villages which wasn’t the best. However, got back on to the A701 and drove through some spectacular scenery.

Got to the campsite which was pretty full and managed to pitch up in only 30 minutes including getting the awning up. Interestingly, this is the first site where I’ve had someone show me to my pitch which had been allocated to me rather than me picking one and letting them know. The site was looking good and looked like it had been done up in the recent past with a modern shower block and plenty of WiFi repeaters.

I wandered into Moffat itself as I had managed to forget both peanut butter and a pillow. Got the peanut butter but no pillow. Had a bit of a snooze when I got back and then hit the shower but managed to pick one that only gave 10s of water per press of the button.

Dinner was some nice fish and then I sat down to watch a couple of episodes of “An Honourable Woman”.

Sunday dawned early after a decent night’s sleep. After breakfast I pulled on the hiking boots and set out to walk part of the Annandale way round The Devil’s Beef Tub.

First part of the walk is along a tarmac’ed road past a number of farms. Then there is a signed turnoff for the Annandale way. I followed it for a bit but it passed through fields with large number of sheep and associated lambs in them. I decided to turn back to the road and see if I could find another way to join the way further up. This turned out to be somewhat prescient as I saw cattle in the fields further along that track and I’m not that much of a fan of walking through cattle.

I reached Ericstane and was able to join the Annandale Way again. This took me over the A701 and the first view of the Devil’s Beef Tub. And an impressive sight it was. 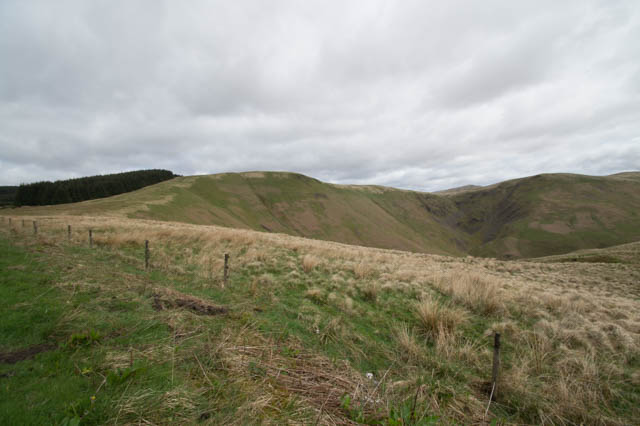 Climbed on up to the trig point at Annanhead Hill and stopped for a breather. The weather was improving having been overcast up till then. 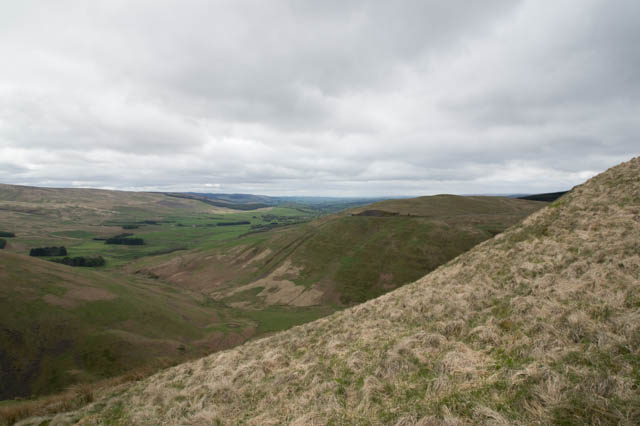 I was in two minds about whether to complete the loop or head back the way I came but decided on the round. I headed along Chalk Rig Edge then down Tweed Hop and back through some farms and onto the tarmac’ed road at Ericstane once again. 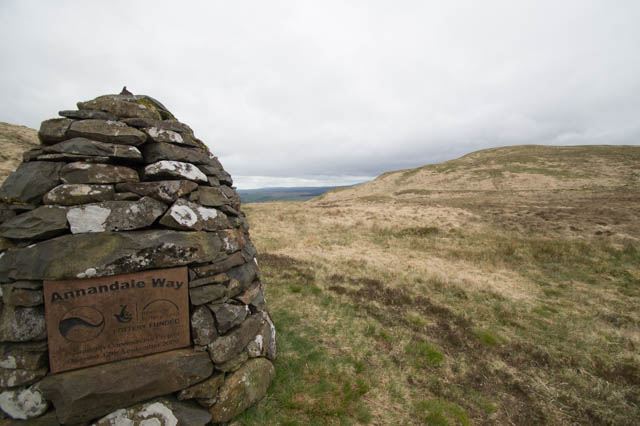 Then it was back to Moffat stopping only to pick up some toffee. I had lunch then crashed for a bit when I got back as the 22Km walk was a little tiring.

Dinner was some chicken then more episodes of “An Honourable Woman”

Woke up on the final day to reasonable weather but the awning was annoyingly wet due to the dew. Dried it off as best I could then broke camp in a leisurely fashion and hit the road home.

A lovely weekend with decent weather and good walk. 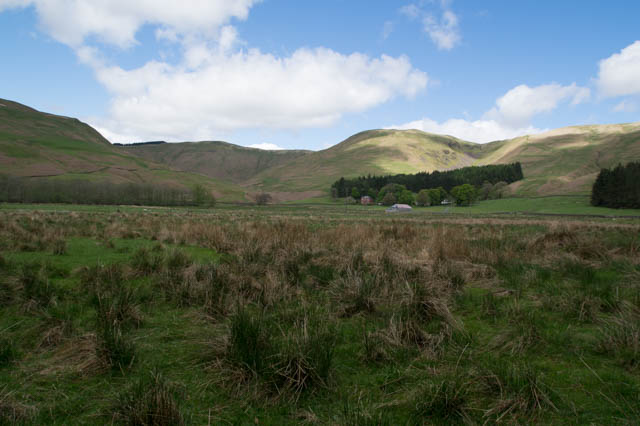 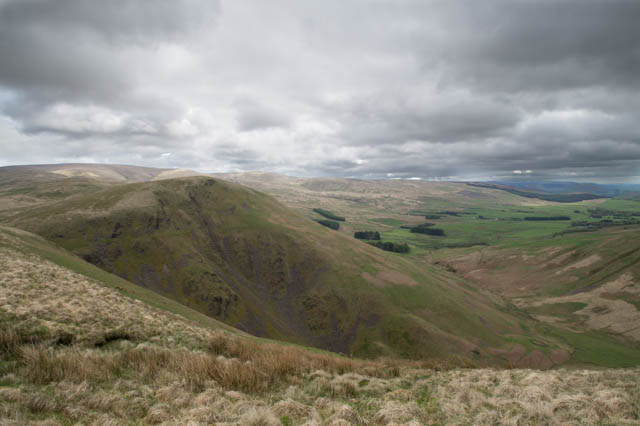 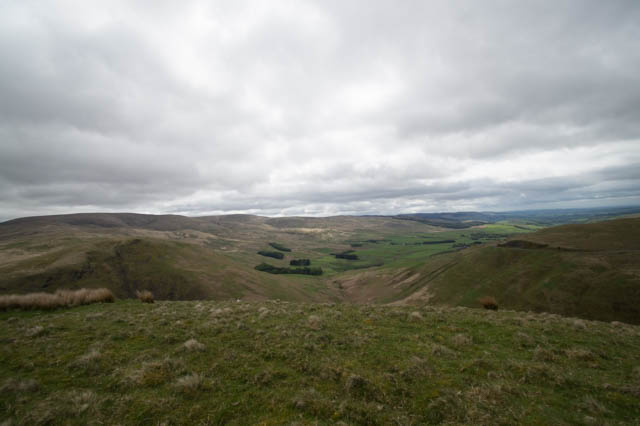 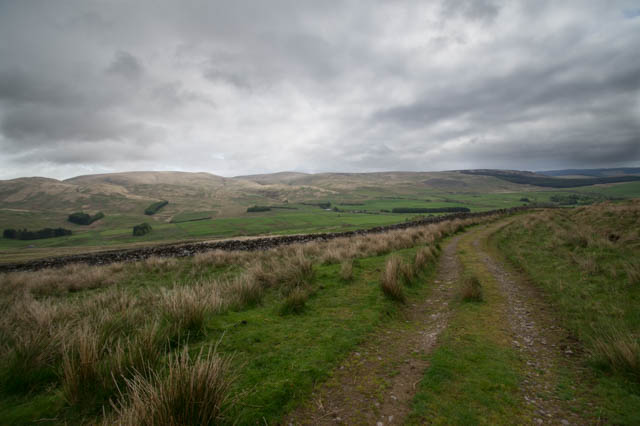 The early May bank holiday was finally a confluence of good weather, me being well and a day not at work. So it was time to head out and get some walking done. Plan was to do the round of Scald’s Law in the Pentlands.

Hit the road early to a smattering of rain but by the time I’d parked up at Flotterstone, the rain was off and the sun was out. It was fairly windy but nice walking weather. I pulled on the boots and the rucksack and headed out on the path.

Part of the reason for the walk was to check out my gear was still ok and a first outing for the Oregon 600 sat nav that I bought.

First off was the climb up Turnhouse hill. At this point I realised that all the hill walking muscles in my legs had gone and this was going to be a challenge. Still I got to the top without too much pain. It was blowing a gale at the top and my map case was flapping in the breeze and trying to strangle me.

Stopped to take photos then it was on to Carnethy Hill. The sun was dipping in and out behind the clouds but the weather was still fine.

The cairn on Carnethy hill is massive and well spread out. I clambered around for a bit more taking photos then it was down for a while to the start of the climb up Scald Law. The path is well defined and zig-zags up the hill making the ascent easier on the legs.

My camera has a sweep panorama function but using this at the top of Scald Law was impossible with the wind buffeting me. Still the views over the Pentlands and towards Penicuik, which was glinting in the sunlight, were impressive.

Down Scald Law to the crossroads in the path then on further down till I reached Threipmuir Reservoir. Stopped there to have a bite to eat and a drink then followed the path back round to Flotterstone. It was getting on for midday now and the car park was full so I was glad of coming early.

All in all a good day. The sat nav performed well but was low on batteries after 4 hours of walking. I need to have a look at the instructions to see if there is any way of turning off the screen when not using it to preserve the life.

Now planning and looking forward to the next walk.

Some photos from the walk :- 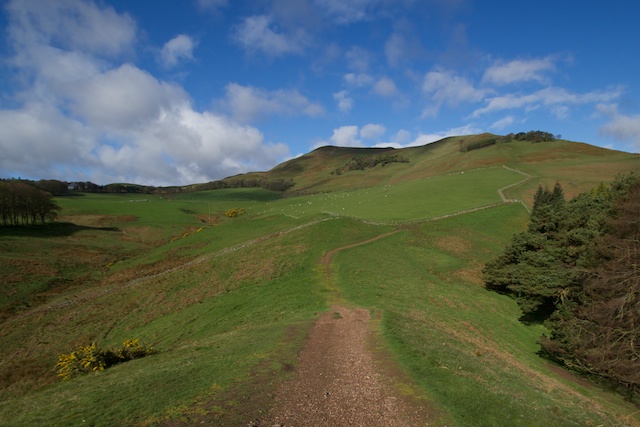 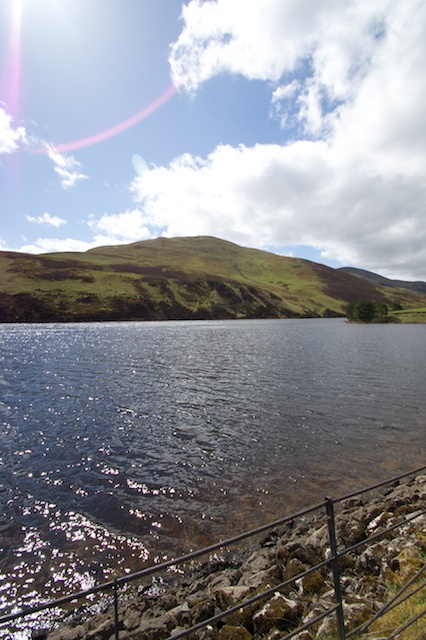 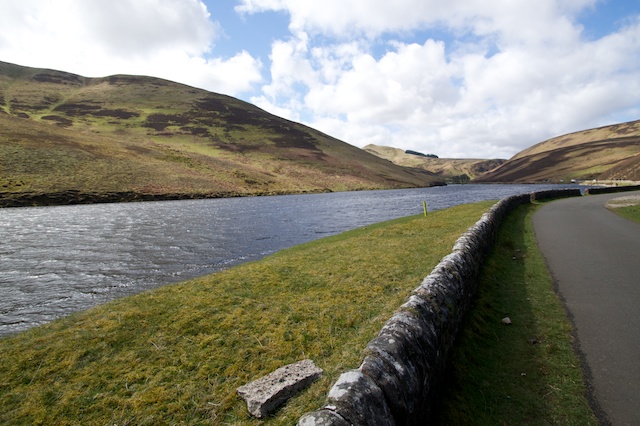 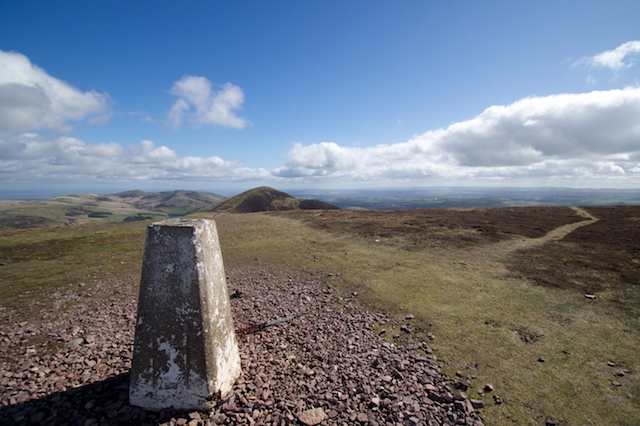 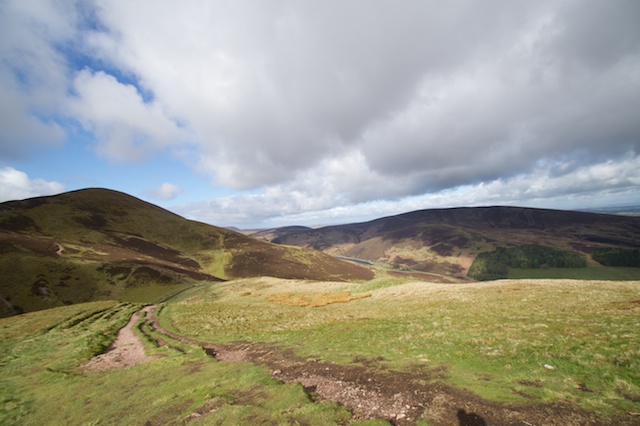 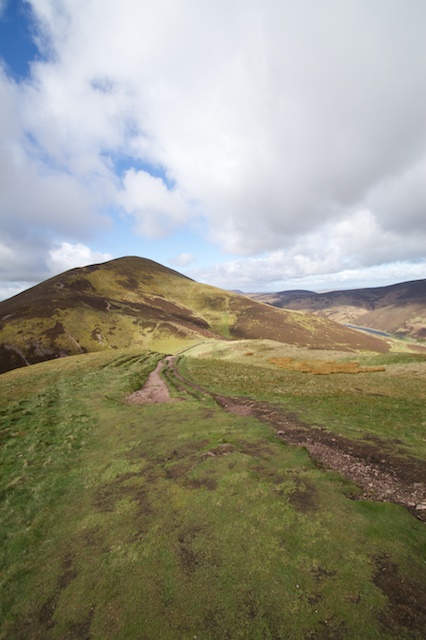 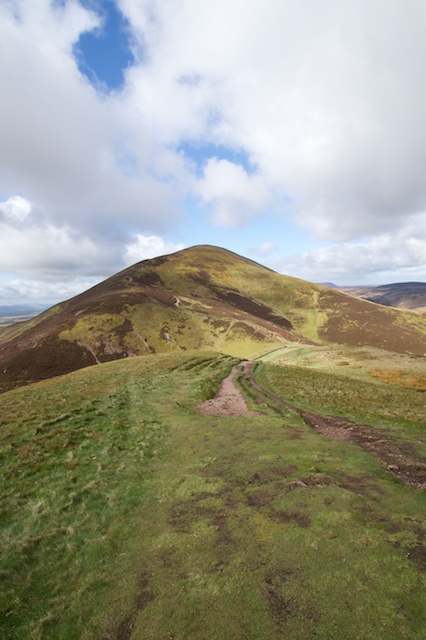 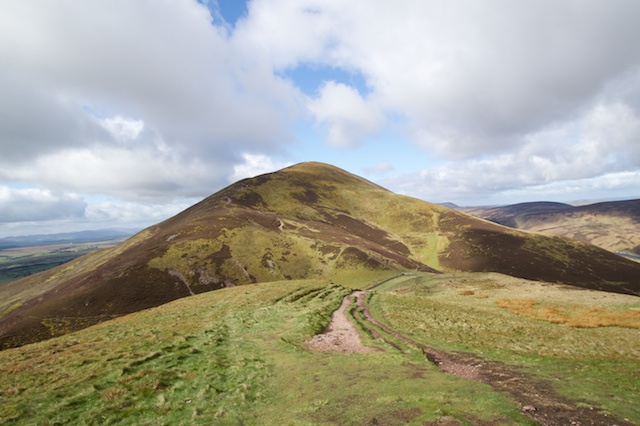 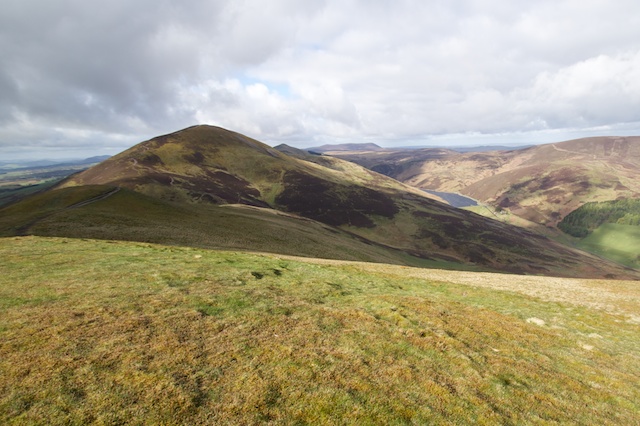