Last trip of the season and it was off to Blair Atholl. Packed and ready to go at 11am, there was a quick trip to Sainsburys before heading north. As is traditional, the sat nav lead me on a merry dance as I headed for the bridge. But once there it was a straight road to Perth and then onto the A9. Which was lucky as the sat nav fell off the windscreen.

Traffic wasn’t that heavy and the roadworks on the M90 flowed freely. It came on to rain just south of Perth.

Found the campsite, avoided the suicidal ducks sitting on the road and booked in. The pitch was sort of hard standing but had seen a few better days. I had the row of pitches mostly to myself. It did appear to be a serviced pitch with taps. 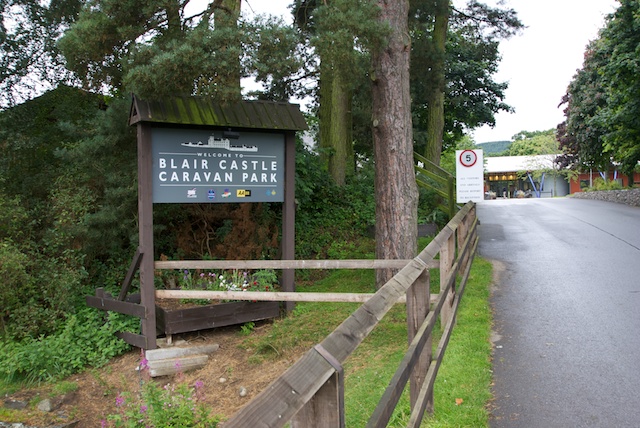 Pitched up, there was time for a quick lunch before the serious business of making camp. The water and chemical toilet were dealt with quickly but the awning was another matter. After 45 minutes in the rain of trying to get the thing to stand up it was covered in muddy footprints and I was somewhat damp. I gave up and put it back in the bag. That’s two out of three trips it has proven beyond me to put up. Having an awning is fantastic. It is somewhere to put wet clothes and it provides extra living space. But that one was never designed for one person to put up.

After the fight with the awning I headed across the road to the ranger centre to check where the stalking will be this weekend and to plan the walks accordingly. Next to the centre was a chippy so I indulged myself with a bag of chips and felt better.

Fish for dinner was nice and then a quick Doctor Who (The Robots of Death) then it was time for bed. It Was getting chilly so on went the heater.

Saturday dawned somewhat overcast and after an extensive lie in, breakfast was had and the awning laid out to dry and then the day’s entertainment started.

First up was climbing Carn Laith. From the campsite it was about a 5km hike to the foot of the hill with was pretty pleasant. The foot of the hill was another matter. Bog and more bog. Treading a careful path through the quagmire, I reached the start of the steep ascent. He path was pretty good but went straight up the hill rather than tracing switchbacks. This is a more direct route but a killer on the calf muscles. The wind was beginning to pick up and the summit was clearly in the clouds. I continued to pick my way up until the cairn just below the summit. By this point the wind was a howling gale and I was getting somewhat buffeted about. The final ascent was over a boulder field which looked tricky, especially in the wind. So down I headed. I met a few other folk on the way and there were a few ironic remarks about the view ( there being none due to the mist ). Back to the campsite for about 2pm, it was time to try the showers. One thing about the toilets here is that the hot water takes its time to come through. But there was plenty of it and the showers was just what was required after the walk. 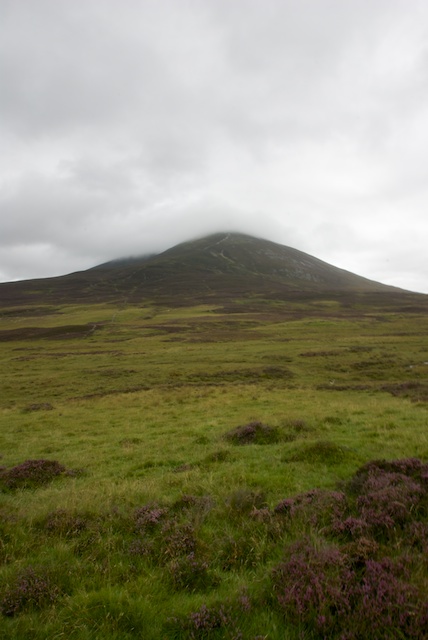 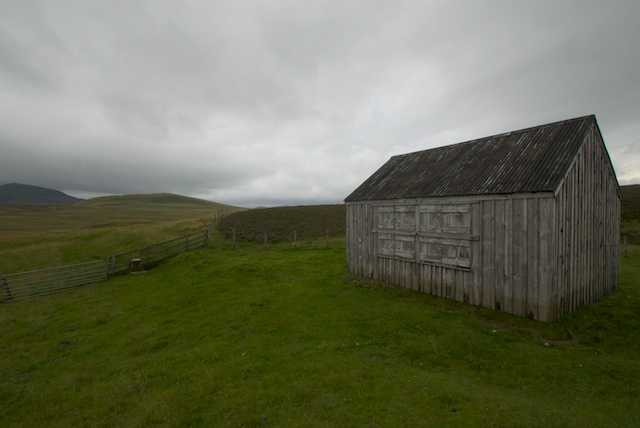 Looking South from the foot of Carn Laith 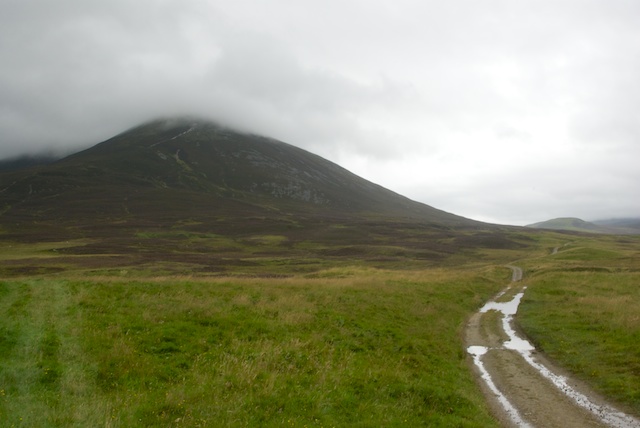 A spot of lunch then it was off to Blair castle. There was a £2 discount as I was staying at the caravan site. The castle is fantastic loads to see and they have arranged it in sequence to see it all. The Entrance Hall was amazing. I’ve never seen so many swords, knives and rifles in one room before and all artfully arranged. The castle itself is more of a Victorian country mansion than an actual defensive structure. It is also plain to see that one of the main incomes of the estate is stalking as there were a fair few stags heads on the walls. I wandered round there then saw the old kirk and then back for dinner ( chicken ) and some more of the Robots of Death. 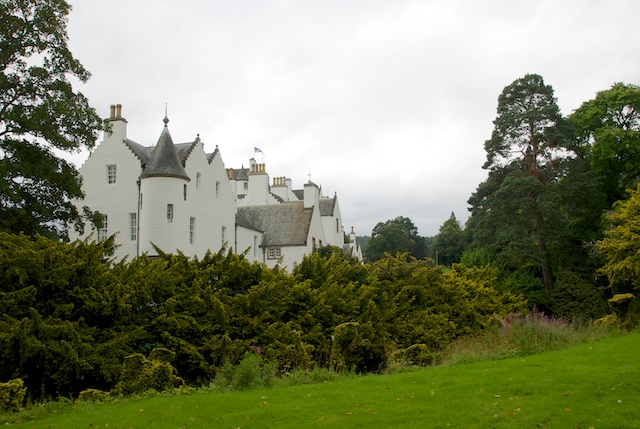 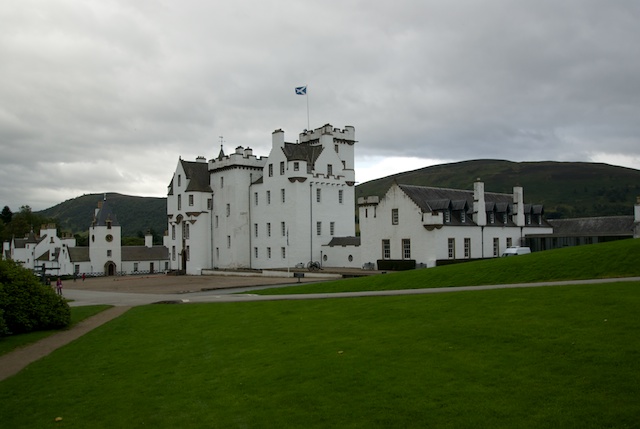 Sunday it was up at 7 to start breaking camp. Got this done at a fairly leisurely pace, said bye to the wardens then hit the road. This time found a better route to the A9 then it was south. Road was fairly empty and luckily bereft of the idiots that speed along.

Made it home about 11am to unpack the van and start the mountain of washing.

All in all it was a lovely trip. There must be a trick to putting up the awning and it will now need a bit of cleaning. That’s probably it for weekends away this year but a few day trips are in the pipeline. Stay tuned for more :-).