Back from the doctors

Over the past couple of weeks, Harmony has been feeling a bit sick. There has been some squealing while driving, a funny burning smell and she’s been running a little hotter than normal.

So last weekend it was off to the doctors in the form of the garage Robert W Brownlie. The squealing and burning smell was quickly traced to the front brake which was binding on. This was sorted by buffing it down and greasing up the caliper.

The temperature problem was more difficult to spot. Turned out the fan wasn’t running. On a boxer, the fan is electric and there was a broken wire in the wiring loom.

Everything was fixed and Harmony is back to normal. All ready for some more adventures.

With training for the marathon, the first trip away in the van has come fairly late this year. But here it was, beginning of June I was off to the Caravan Club site at Melrose. I’ve been here before and it is a lovely site, if a little difficult to get into. But somehow I got a booking and off I set.

After a quick trip to the shops for some weekend sustenance, I hit the road. This time I forgot the sat nav as it was a straight-ish road. I’d also forgotten to put the freezer packs in the fridge to start cooling it down. Never mind.

Round the bypass and onto the A68, the journey down was very pleasant. It is very instructive to see just how much more expensive fuel is outside of Edinburgh. 4p a litre dearer in the towns I passed through.

Despite, or perhaps because of, forgetting the sat nav, I made the standard navigation error and ended up driving through Melrose itself rather than going round the bypass and coming in from the other end. Still not to bad though I did drive right by the site and had to turn around.

Arrived, booked in and started the pitching process. The Caravan Club seem to be getting very strict about how to pitch up and I managed to get it wrong the first time. But after turning the van around, I got the water filled, the electricity on and lunch eaten.

Usually at this stage of the pitching process, I start swearing at the awning and vow never to take it with me again. However, having spent the entire winter considering how best to erect it, I tried the new tactic and amazingly, it was done in 30minutes. The key seems to be to peg the corners down first then put the poles through.

I nipped into town to get some sunscreen and visit the local butchers for some more food then since it was early in the afternoon, I headed along to Melrose Abbey.

This is a fantastic visit. The ruins are well maintained by Historic Scotland. And there is plenty to see. Including a marker where it is said that Robert The Bruce’s heart is buried. 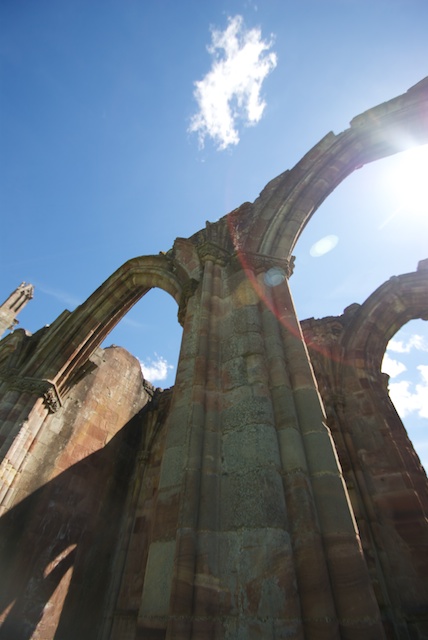 Back to the van it was time for tea and the chicken fillet that I had purchased earlier. The omnia oven performed admirably as usual and I sat bathed in early summer sunlight eating.

Sat down to a DVD for the evening. Instead of the usual Doctor Who, there was a couple of episodes of Dempsey And Makepeace. Quality mid 80’s cop drama.

Night saw the first opportunity to try out my new Duvalay . This is a replacement for the sleeping bags that I’ve never been entirely comfortable in. First impressions were good.

Up on Saturday morning bright and early having had a good night’s sleep in the Duvalay. Very comfortable and quite warm enough.

After breakfast, I hit the road for a walk in the Eildon hills. The weather was fantastic and the walk glorious. 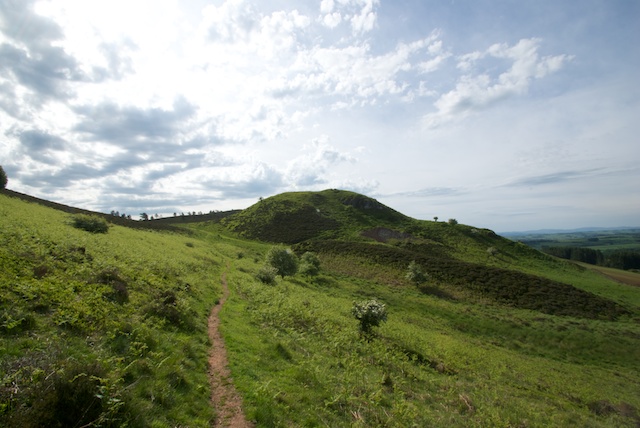 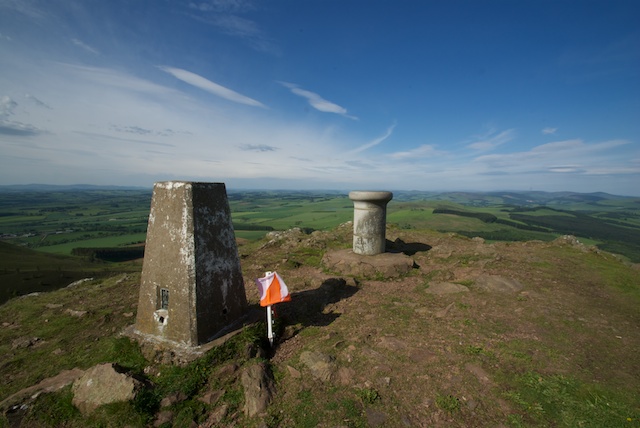 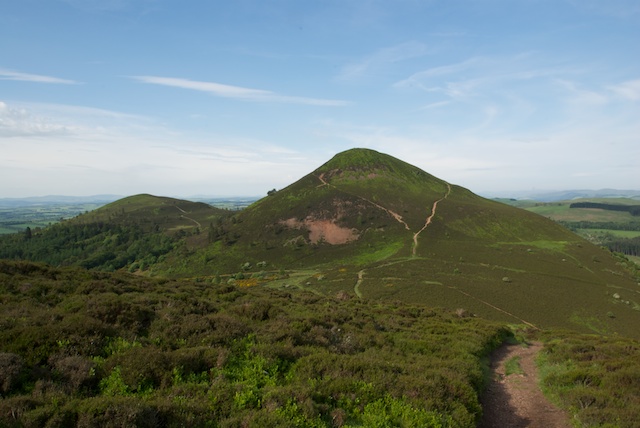 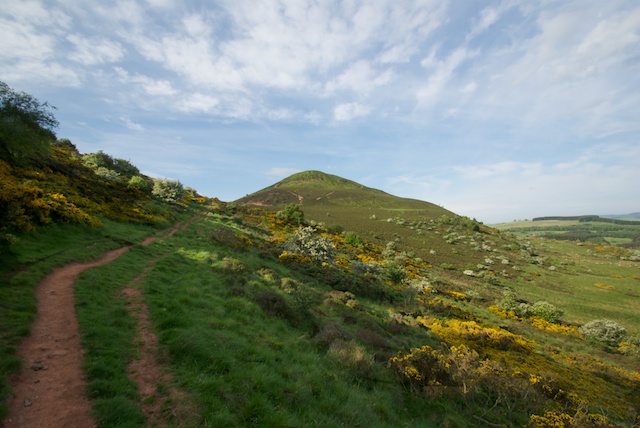 Got back to the site for a shower to discover I’d left the breakfast dishes sitting in the dishwashing area. D’oh.

After lunch I decided that I’d earned a nap from the morning’s walking. Woke up about 3pm to torrential rain. This was a downpour of biblical proportions. It was running down the road in rivers and one side of the pitch was beginning to flood ( and mine wasn’t the only one ). Started getting a little nervous as the electrical cable was under water.

Evening fell and tea, consisting of possibly the biggest pork chop I’ve ever seen was eaten. I sat down to a couple more episodes of Dempsey and Makepeace then hit the sack.

Sunday morning, the rain was off, the sun was shining and the pitch had drained. I did my best to dry the soaking wet awning and then broke camp for an uneventful and pleasant journey home.

Brilliant weekend away. Saw the Abbey ( always worth it ) and got some walking done. Even survived the downpour. Looking forward to the next one.