Visit to The Glasgow Museum of Transport & Kelvingrove Museum 19NOV12

Day trip today to visit a couple of museums in Glasgow that I’ve been meaning to get to for a while now. Setting off bright and early I caught the train to Partick station. Driving through Glasgow is not for the faint hearted.

Arriving, the first thing I see in the station is a statue of the GI Bride from Bud Neil’s cartoons. Fantastic. There is a statue of The Lobby Dosser & Rank Badjin’ in Glasgow as well so worth a look. 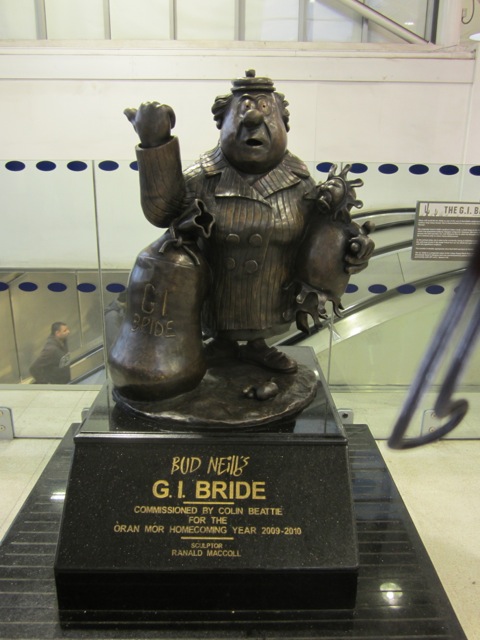 Exiting the station it was off through the rain to the Riverside museum, the home of the Glasgow Museum transport. 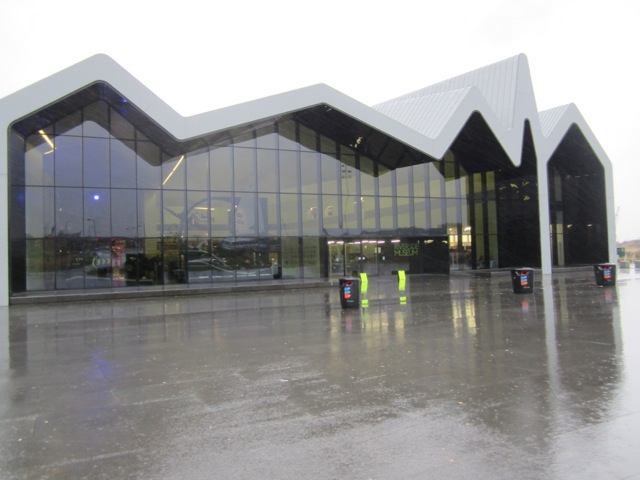 First up was a Lotus bike and Colin McRae’s rally car in typical all-four-wheels-off-the-ground pose. 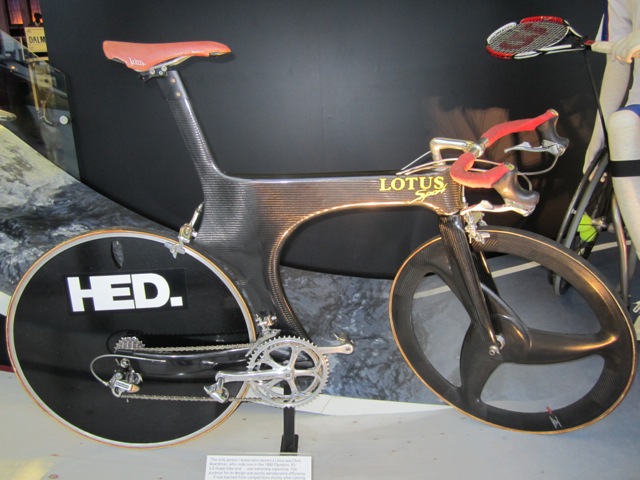 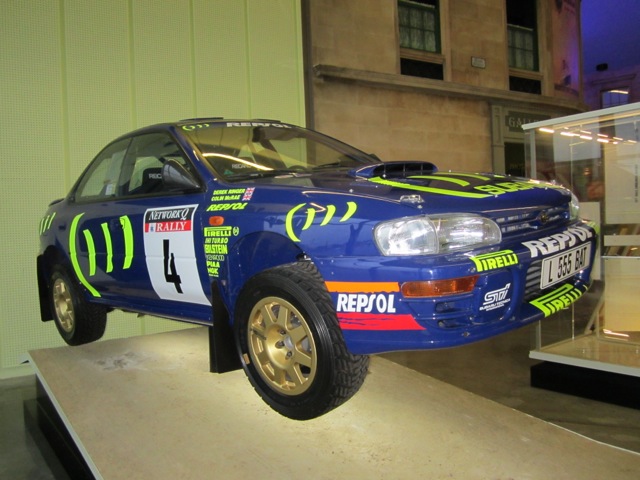 Then it was on to see a street scene from the early 19th century, complete with horse drawn tram. The shops down the side of the street were open and described the trade that would have been doen in them. 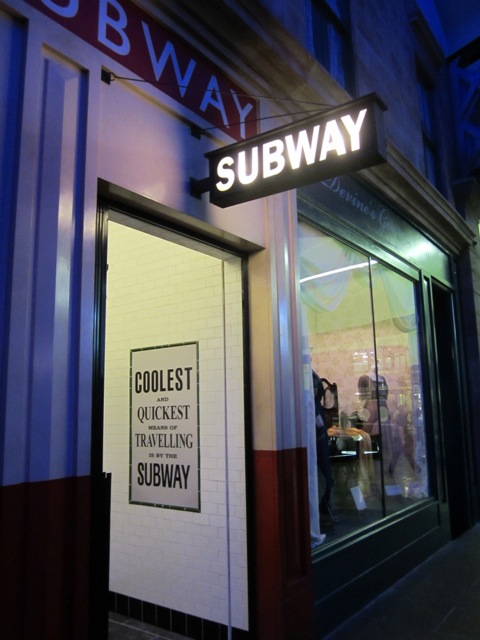 Just off the street was a recreation of an old subway station complete with original car. The Glasgow underground was the third one in the world and used a cable driven system. The subway was arranged in circle (and still is to this day) with cars going in both clockwise and anti-clockwise directions. The cars were pulled by cabled with a contraption operated by the driver to attach and detach from the cable as required. The system was converted to electricity later. 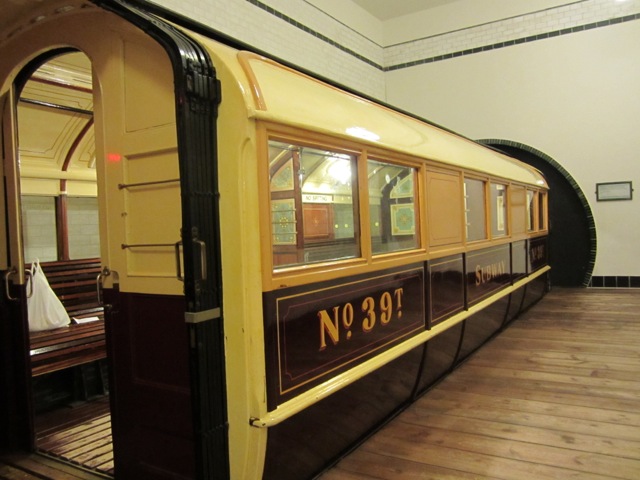 Leaving the street scene, next up was the wall of motorcycles with a personal favourite, the 916. 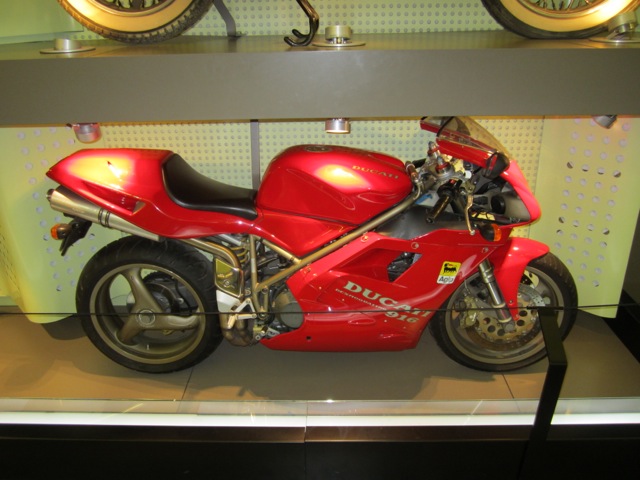 The main part of the museum consisted of cars, stream engines and models of ships including a wall of cars through the ages. 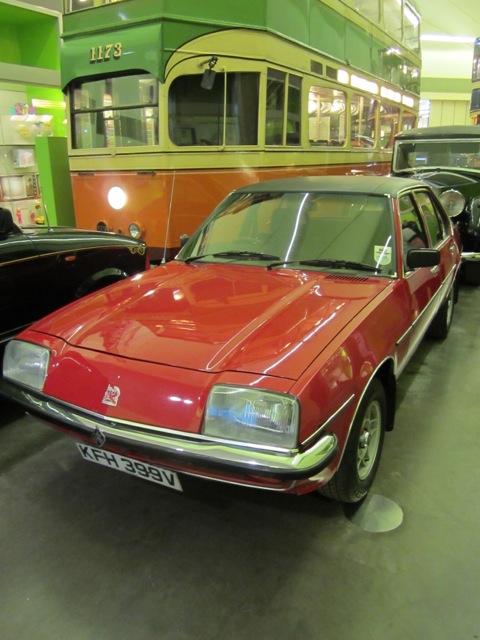 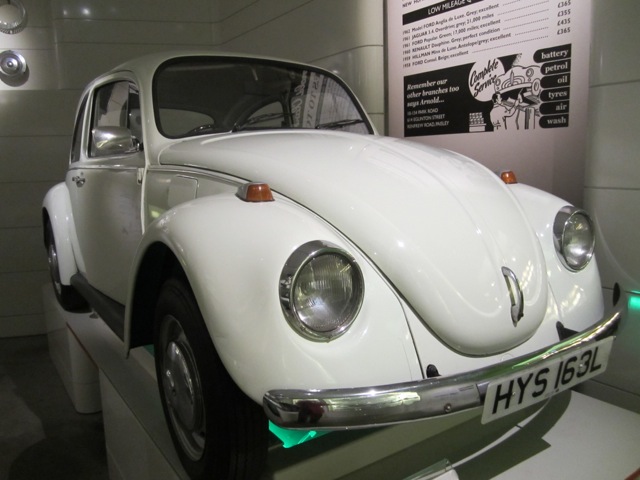 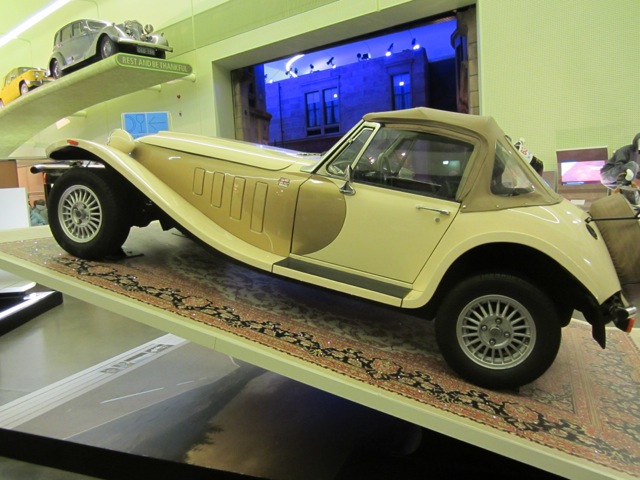 There were more trams, electric ones this time, on display in the main part as well. It was fascinating to see some of the old cars, including not so old ones that I can remember from not that long ago (or so it seems to me :-).

Leaving the Museum of Transport, it was a quick walk to Kelvingrove Museum and Art Gallery. There was a particular reason for the visit here, more later. 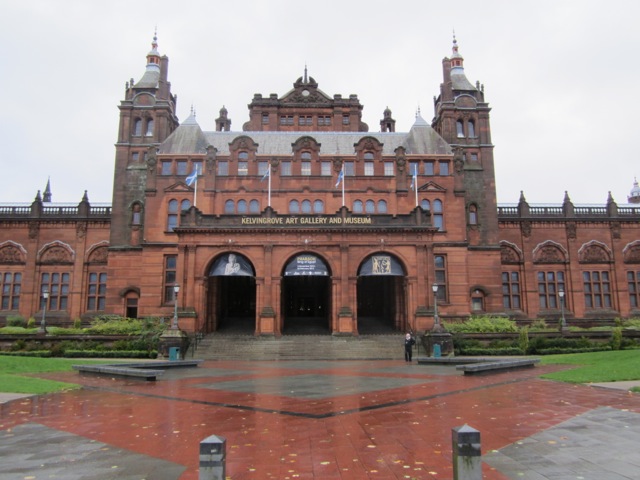 The entrance hall was an impressive structure, almost like a cathedral, all the more as there was an organ at one end. The Kelvingrove is split into two, with one side being a museum and the other an art gallery. I headed for the museum first and looked through a section detailing aspects of Glasgow life. Some of it was the more unhappy side such as domestic violence and sectarianism. But there was a fun aspect as well detailing Glasgow people’s love of Country and Western music (including a costume worn by Sidney Devine).

Upstairs from that was gallery devoted to swords and armour. Some really fantastic pieces there. 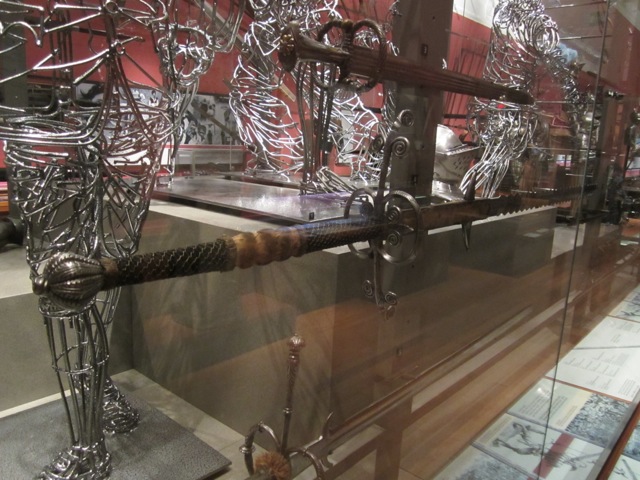 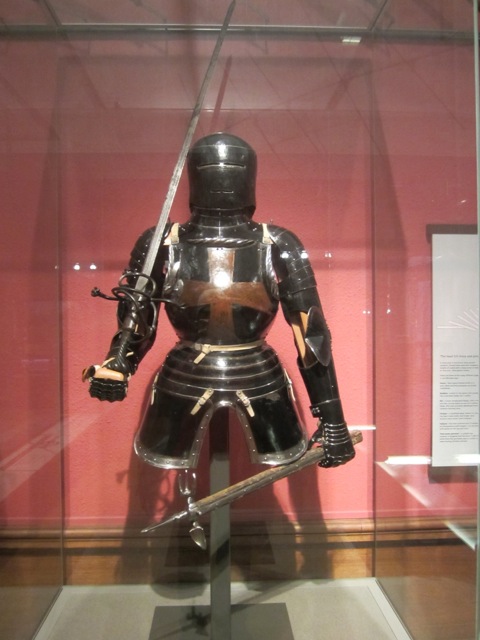 Armour of a mercenary 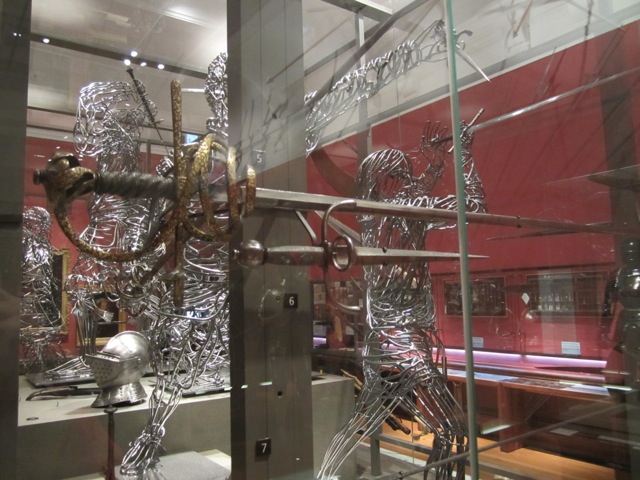 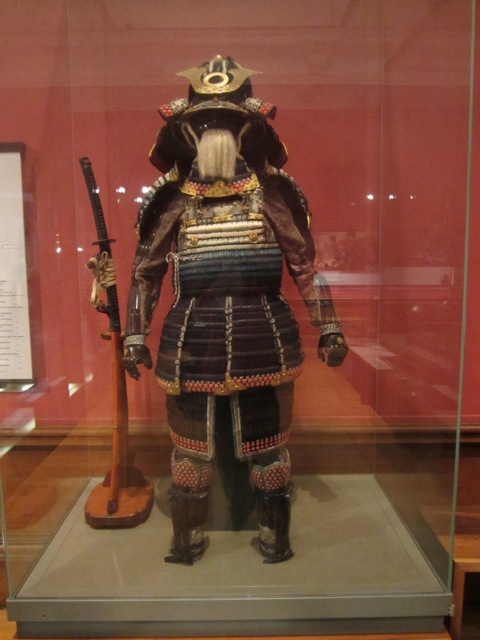 Then it was across to the art gallery and the main reason for the visit, Christ of St John of the Cross. 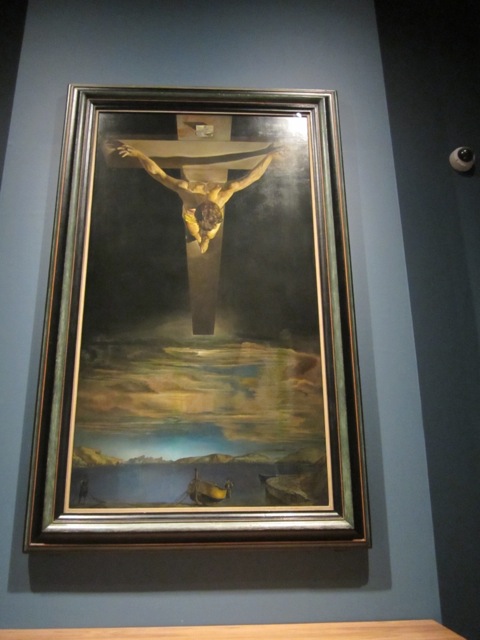 Christ Of St John Of The Cross

I had seen this picture a few years ago in the Museum of religion in Glasgow and was interested to see it again. It was kept in the Kelvingrove in its own room with panels detailing how Glasgow came to own the picture and details of how it was painted and then restored after it was damaged. I took several minutes to look at the picture as it has a very haunting quality. Dali’s picture has split opinion with many saying it is a work of genius and an equal number decrying the picture.

From there, there was a quick turn around the rest of the art gallery before sitting down to listen to the organ recital. 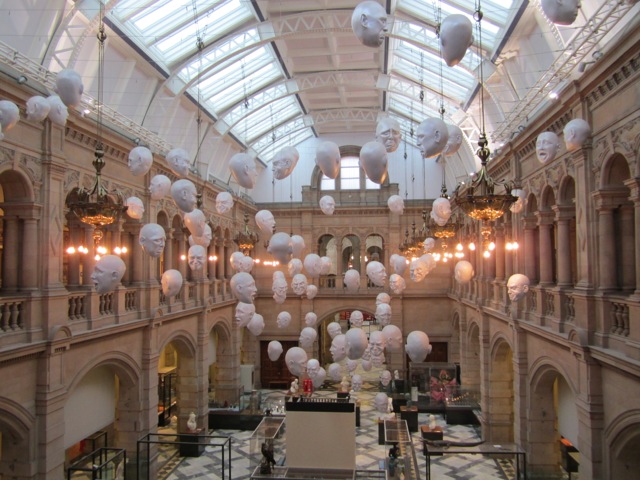 Then it was back to Partick station to head home with a cup of coffee and a bite to eat. All in all a very good day out and two very recommended places to visit.