Glasgow fair fortnight 2017 rolled around and it was time to head off on my travels. This year it was heading south again with visits to York and to Cambridge. I’ve been to York a few times and love the city but this was to be the first visit to Cambridge.

I hit the road on Sunday morning about 8:30am and after a pit stop at Sainsbury’s for food and brimming the fuel tank at Dunbar, I was on the A1 and heading south. Good time was made up till some roadworks round about Scotch Corner. A good deal of the journey was spent arguing with the Sat Nav which couldn’t quite believe that it was a mostly straight road to the campsite. For some reason when I’m heading south, it wants to take me off the A1 and on to the A19.

Arrived at Rowntree Park Caravan and Motorhome Club site after a journey of 4.5 hours feeling pretty good. One of the lovely things about Cali is that the van is comfortable enough to do long journeys in one go.

The site was packed and there was a bit of a queue to get booked in. I ended up on a pitch a little further from the toilet block than I would have liked but not to mind. The sun was out and I was on holiday. I’d picked out some new books to read on holiday and chose “Mend The Living” as the first one to be read. I’d not taken the full blow up awning with me but had rolled out the one that was attached to the van and the rest of the evening was spent sitting under it reading, cooking and eating dinner and generallly relaxing. As night fell, the sounds of a blues band making their way through some of the standards could be heard on the wind.

I did, however, manage some stupidity when setting up for bed managing to blow the fuse for the internal lighting circuit so the rest of the trip was to be done with only two camping lanterns inside.

Monday morning woke to clouds and drizzle, the hot sun of the day before having disappeared. First on the itinerary was the National Railway Museum. I always make a point of visiting when I’m in York and it didn’t disappoint. There was some time of Murder On the Train mystery going on in the small hall. But in the larger hall there were some changes since the last time I’d been. First of these in a EuroStar power car. I still think of the channel tunnel and EuroStar as something new and modern but the first of the sets must be 25 years old by now or more so they will be coming out of service and into preservation. Unlike the rest of the British Rail network where they run units for 40 years as they can’t afford to replace them. 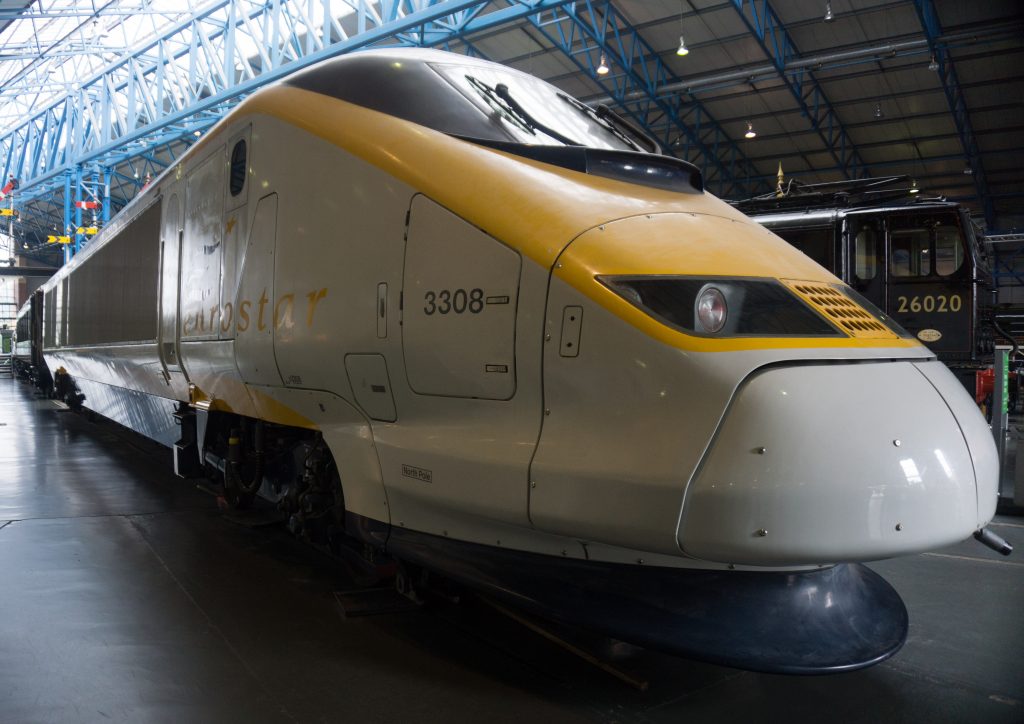 The Mallard was out on display as usual and I got a peek in the cockpit. Also for this visit, I got to see the turntable working. It moved a loco round effortlessly. And close to each other was the Japanese Bullet Train and the Evening Star. Two locos from almost the same time but opposite views of the future. The former new and modern electric loco, the latter the last steam train built for the uk network and expected to last in service 25 years. 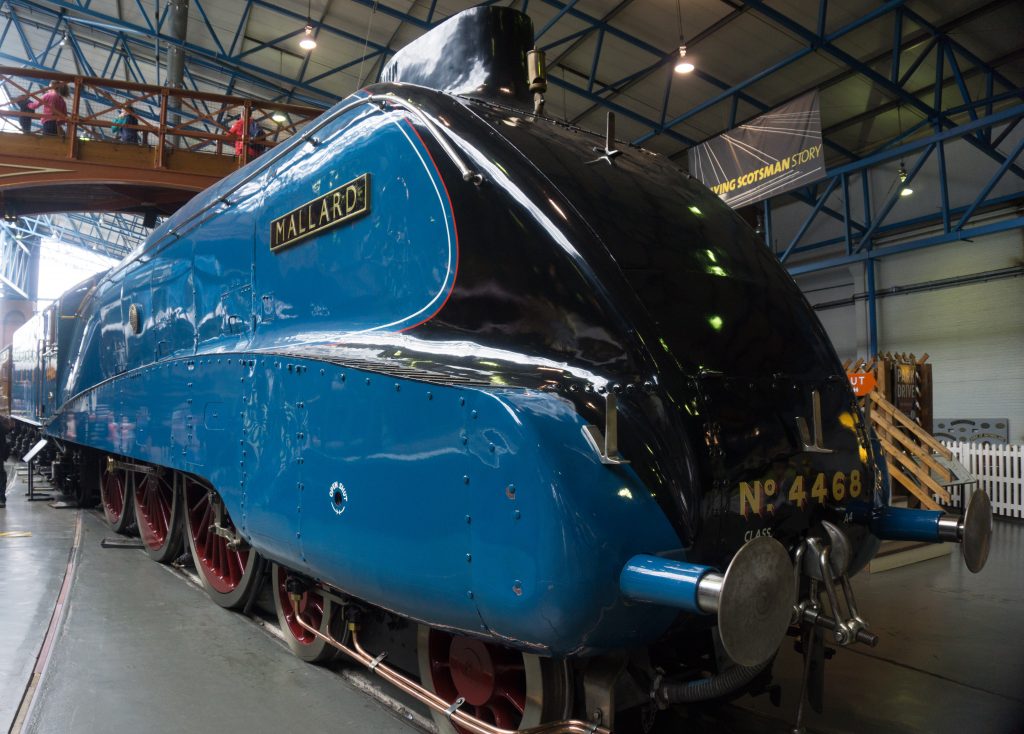 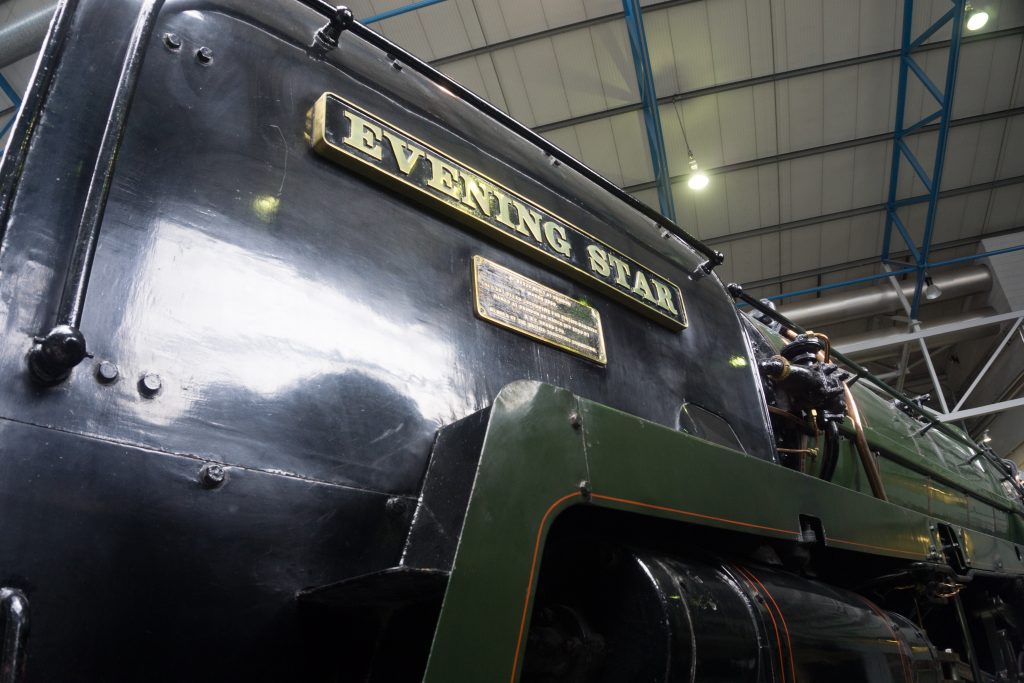 After the National Railway Museum, I caught the road train up to the Minster. I wasn’t intending the visit but I did since I was in the neighbourhood. 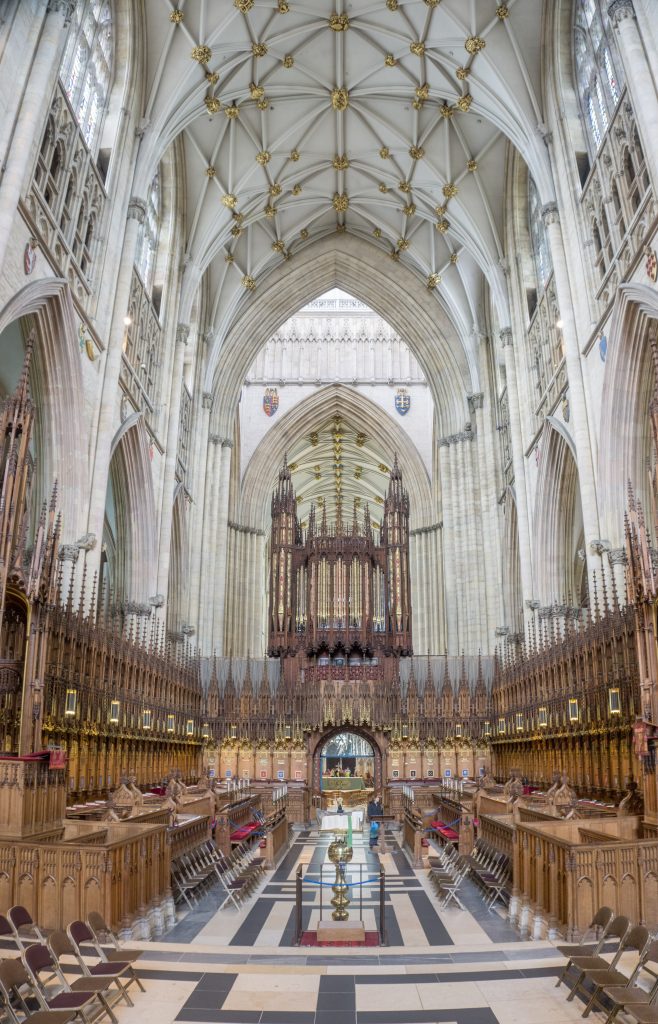 I didn’t spend long but it was nice to see that the restoration of the large stained glass windows was almost complete and it was looking very very good. When finished that will be superb to see. Some of the other stained glass was looking good as well. 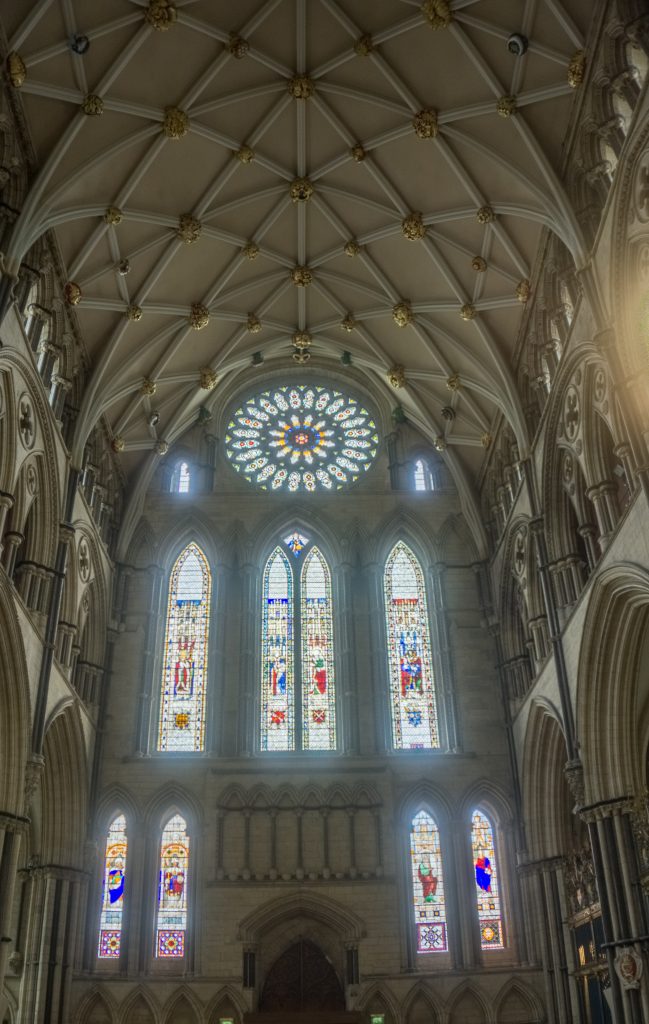 From there was it was back to the van. The weather had cleared up a bit so I was able to sit in the sun and read a bit more.

Tuesday dawned as early and with as miserable weather as Monday. The plan was to take advantage of being in s city with a big railway station and head to Leeds to visit the Royal Armouries. So it was to the train station and on to the fast train to Leeds. Going in the other direction was the Skyfall train. 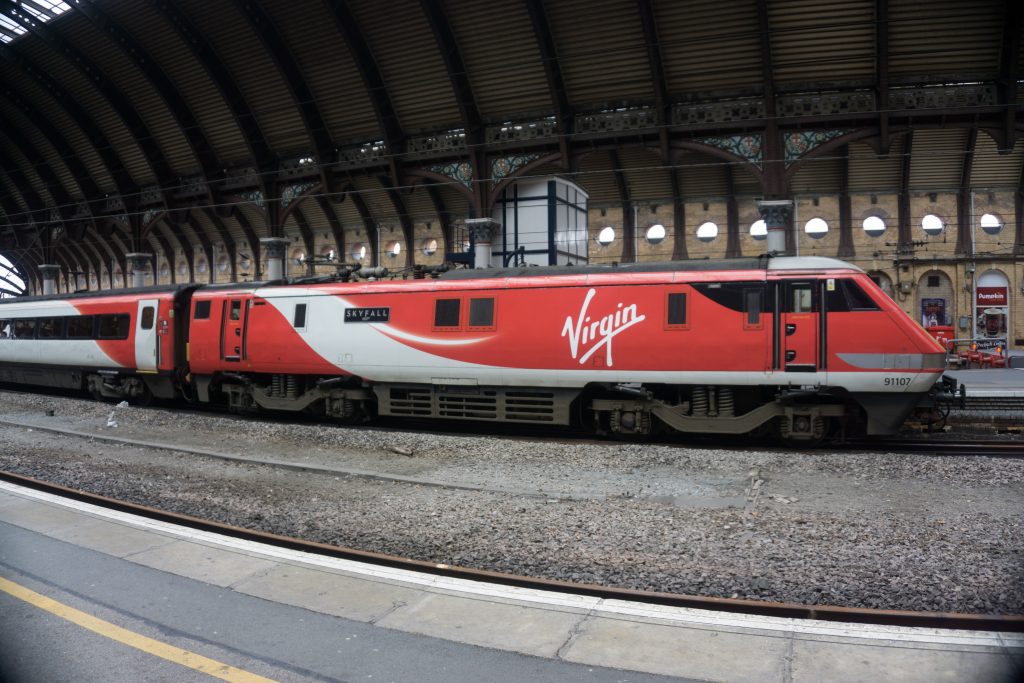 It was raining a bit in Leeds but not enough to make the walk to the Armouries too bad. Once in I had another go on the Lee Enfield virtual shooting range and was as bad as last time I tried. There’s plenty to see in the Armouries and highlights include a set of replica weapons from the Lord of the Rings and Hobbit movies that were made by Weta. The detail on them is incredible. All the more so when you realised that much of what went into them couldn’t be seen on screen. Various sets of armour were fascinating. The technology in them ( for the time ) is incredible. No wonder that NASA came to visit when developing the first spacesuits.

Although the museum contains lots of weapons, it tries in part to look at the cost of having weapons in society. There is a section towards the end of the museum where they take a gun crime and try to look at all the people that were affected by it. Moving stuff.

From Leeds it was back to York and since I had time, it was into the Castle Museum. I’ve not been in a while and it was an interesting look at life through the years. There were special sections on the 60s and on the First World War, the latter being a look at how the people of Yorkshire were affected by the war.

This was my last day in York. The weather hadn’t been kind but it was worth the visit as usual.