I’ve always wanted to visit Arbroath to see the famous Abbey and with a day off from work and reasonable weather promised it was time to take a day trip north.

Setting off at a reasonable hour, it was a basically straight road with dual carriageway pretty much the whole way there. The only real hold ups came when navigating the many roundabouts in Dundee along the A90 and A92.

But most of the time was spent cruising along at 70mph listening to some fabulous tunes. The choices this time were Lunatic Soul’s “Walking on a Flashlight Beam” and The Sons of Kemet’s “Your Queen is a Reptile”. Both thoroughly recommended.

I got lucky with the parking, stopping the van on the harbour shore. From there it was a quick walk up the hill to the Abbey. I was there pretty much for it opening and had the place to myself. There is a visitor centre which tells the story of the construction of the Abbey and the part that it has played in Scottish history. From there it was into the ruin itself. There’s only a little left of the Abbey but enough to imagine the splendour of the place.

The sun was shining though there was a chilly wind blowing. With the blue-sky peeking through, this made for some interesting photo opportunities.

There was also some sonic exploration as the Sacristy is mostly complete and has an amazing 5 second echo. I spent some enjoyable time listening to that space.

The abbot’s house is quite complete as well but only the under croft is accessible. This has more information on the construction of the Abbey as told through the life of an apprentice stone mason.

The Abbey’s main claim to fame is as the creation place of the Declaration of Arbroath. A letter sent by the nobles of Scotland to the Pope at the end of the wars of independence. There is a room in the Abbey that tells the story of the writing of the declaration and tells of the impact that it had.

An impressive Historic Scotland property, the Abbey is well worth a visit. And on from there it was back down to the harbour and the Signal Tower Museum.

The Signal Tower Museum tells the story of the Bell Rock lighthouse. It details the problems that the Bell Rock gave, known so far back that one of the Abbots of the Abbey placed a bell on the rock to be rung by the wind and waves so as to warn ships giving the reef its name.

It took the loss of HMS York in 1804 to prompt the construction of a proper lighthouse on the Bell Rock. The museum includes the stories of the keepers of the lighthouse until it was automated in the late 1980s. They also have one of the sets of rotating optics used and this is on display working.

After the signal museum, it had brightened up further and though cold in the wind, it was warm in the sun and the van was a very pleasant place to have lunch overlooking the harbour. After lunch, the parking clock ran out so it was time to hit the road and head south.

A good day’s visiting and a couple of interesting things seen. The Abbey especially is worth a visit. 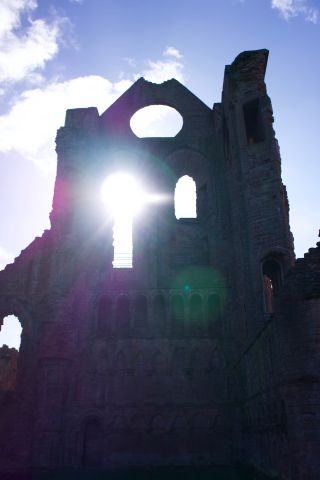 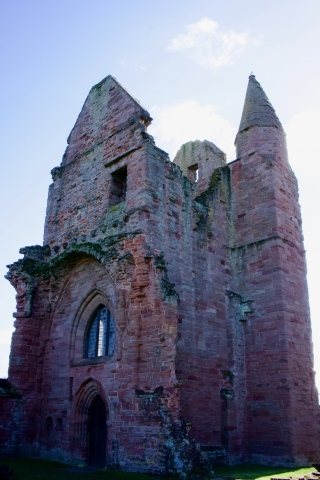 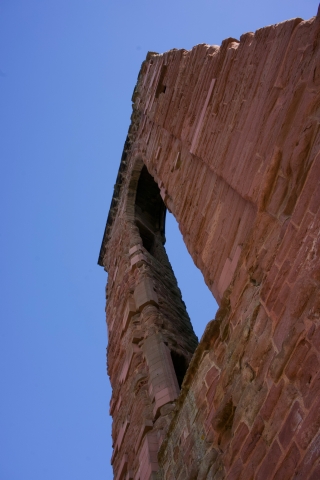 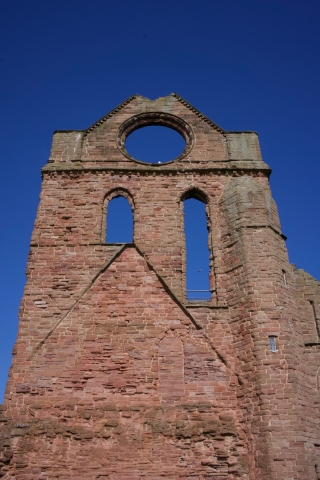 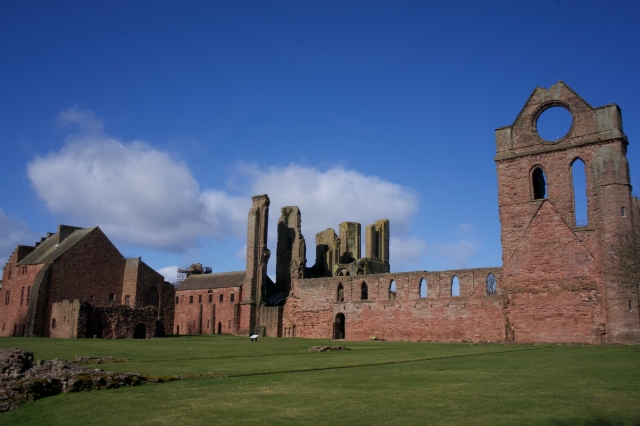 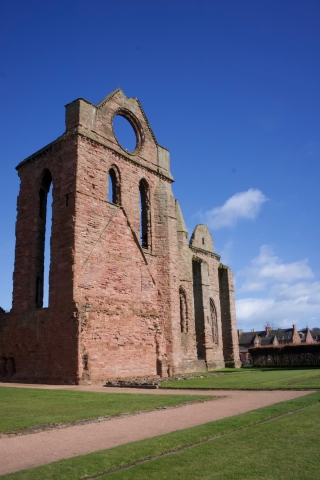 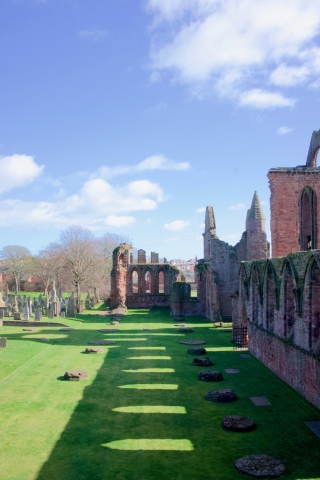 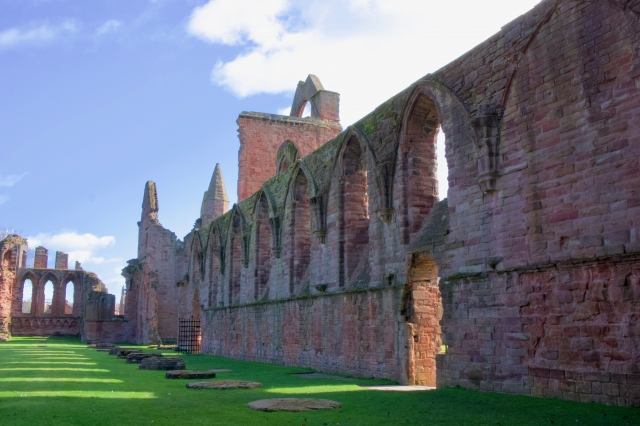 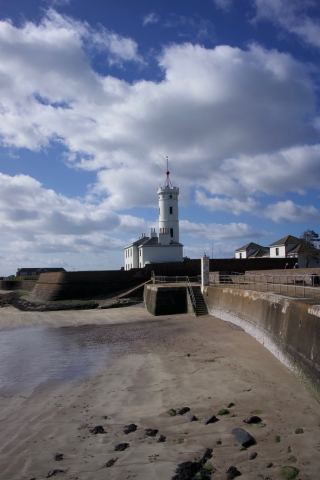 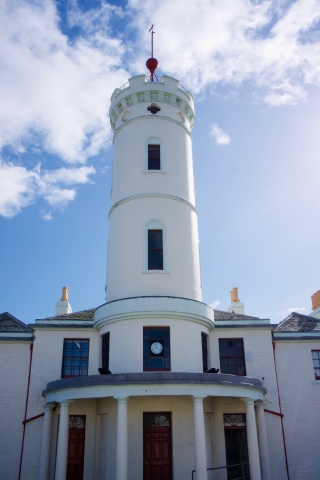 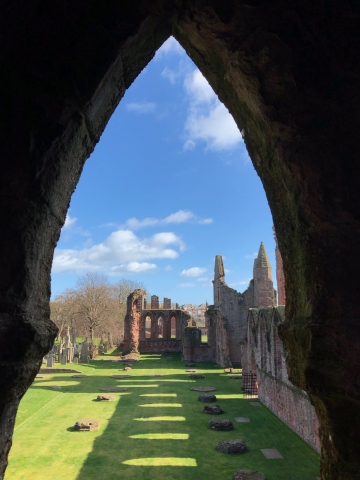