Woke pretty early on the 5th. It had been pretty cold overnight. I’d left the heater on and the combination of that and my new sleeping bag (good down to -2C) meant that I was comfortable. Got up around 7am and got ready for the main event of the holiday, the climb of the Pap of Glencoe and Sgorr Nam Fiannaidh. I had a path from Walkhighlands and could see it from the site. The site had a fantastically simple but effective idea. They kept forms in the office so you could tell them where you were going and when you’d be back so if anything did happen, they could call the necessary services. So left the form and walked into Glencoe village to the start of the climb. At first the going was steep but not too bad but then the scree started. I reached the base of the dome of the Pap without too much difficulty. 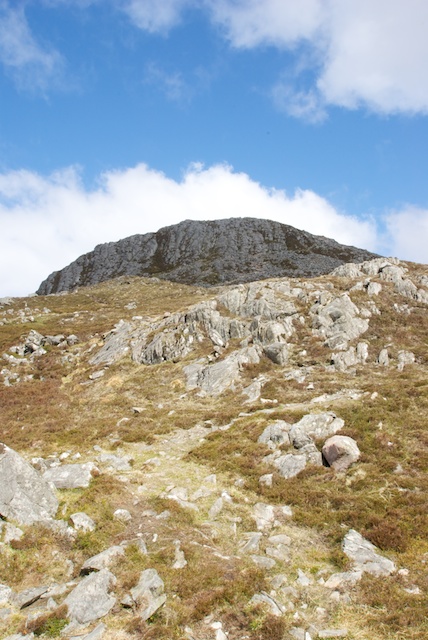 However, at this point the path that looked clear vanished in the loose rocks. As a novice hill walker, I was concerned about climbing this and, tail between my legs, headed down. It would have been somewhat embarrassing to have mountain rescue called out on my first proper Munroe. As I headed down I met someone following the same route. I hope he had better luck than me. The other plan for the day was Sgorr. I found the path leading up and again it was scree city. But onwards and upwards I went and made it to the plateau at at the top. A quick check with map and compass and I achieved the summit to find someone had nicked the trig point. But there was a small shelter built of stones from the hill so I took off my pack and spent an enjoyable few minutes taking photos and generally enjoying the view. It was well worth the climb. 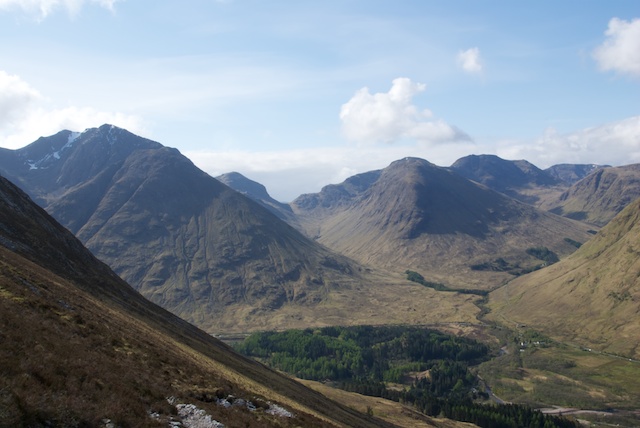 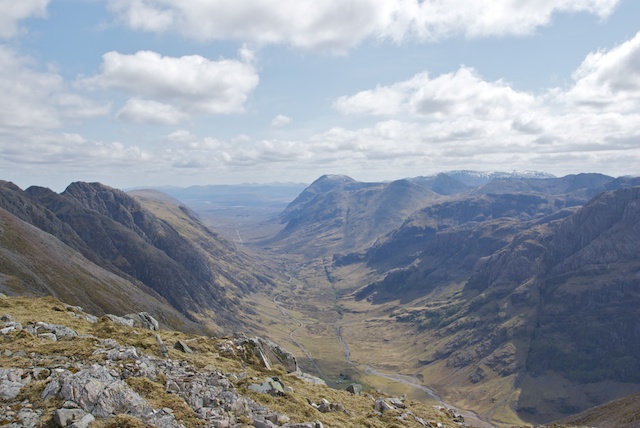 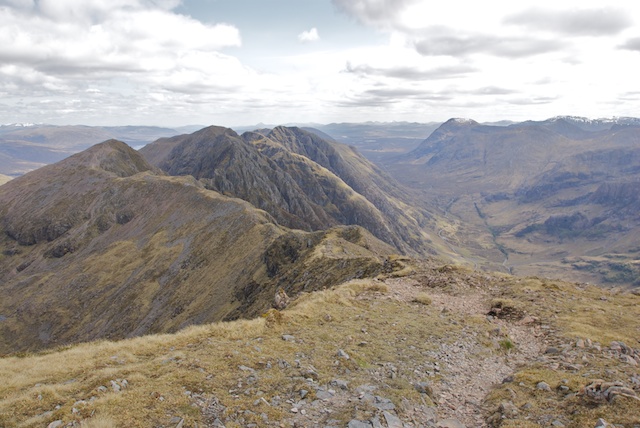 Time marched on and the temperature must have been around 0 at the top so down I went. Here’s where it all goes horribly wrong. What navigation skills I have deserted me and I picked the wrong path off the summit. This led to a scree filled gully (Clachaig Gully) that appeared to be the way down. I was lulled into a false sense of security by a couple going down the path ahead. They obviously had more experience than me as I ended up crawling off the hill on my backside. After 40mins of bowel looseningly bad scree I was at the bottom and miles from where I started. 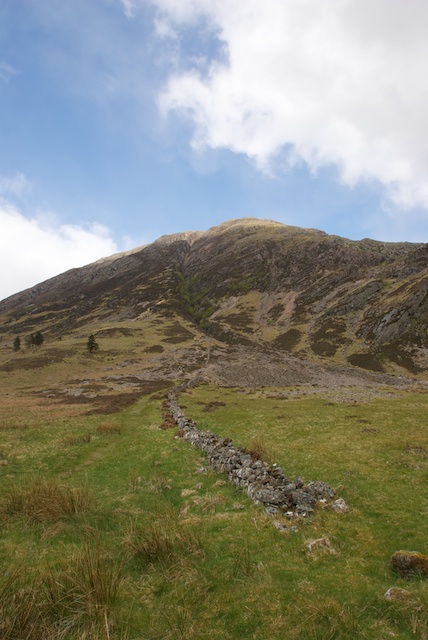 But there was a hotel ahead of me and I got a seat and several nods of respect for the way I came down. The hotel is the Clachaig Inn which is famous for its “No hawkers or Campbells sign”.

A glass of orange juice and a bottle of water later I headed back to the van and a hot shower. Dinner was cooked and Dr Who was watched.

Everything we do is a learning process and here’s what I learned.

But I survived and lived to tell the tale and got some lovely photos into the bargain. But some learning needs to happen.